Science Says: California has a flammable ecosystem and global warming is making it worse

"People are living in flammable places, providing ignition, starting the wildfires against a backdrop of a warming climate that is making wildfires worse." 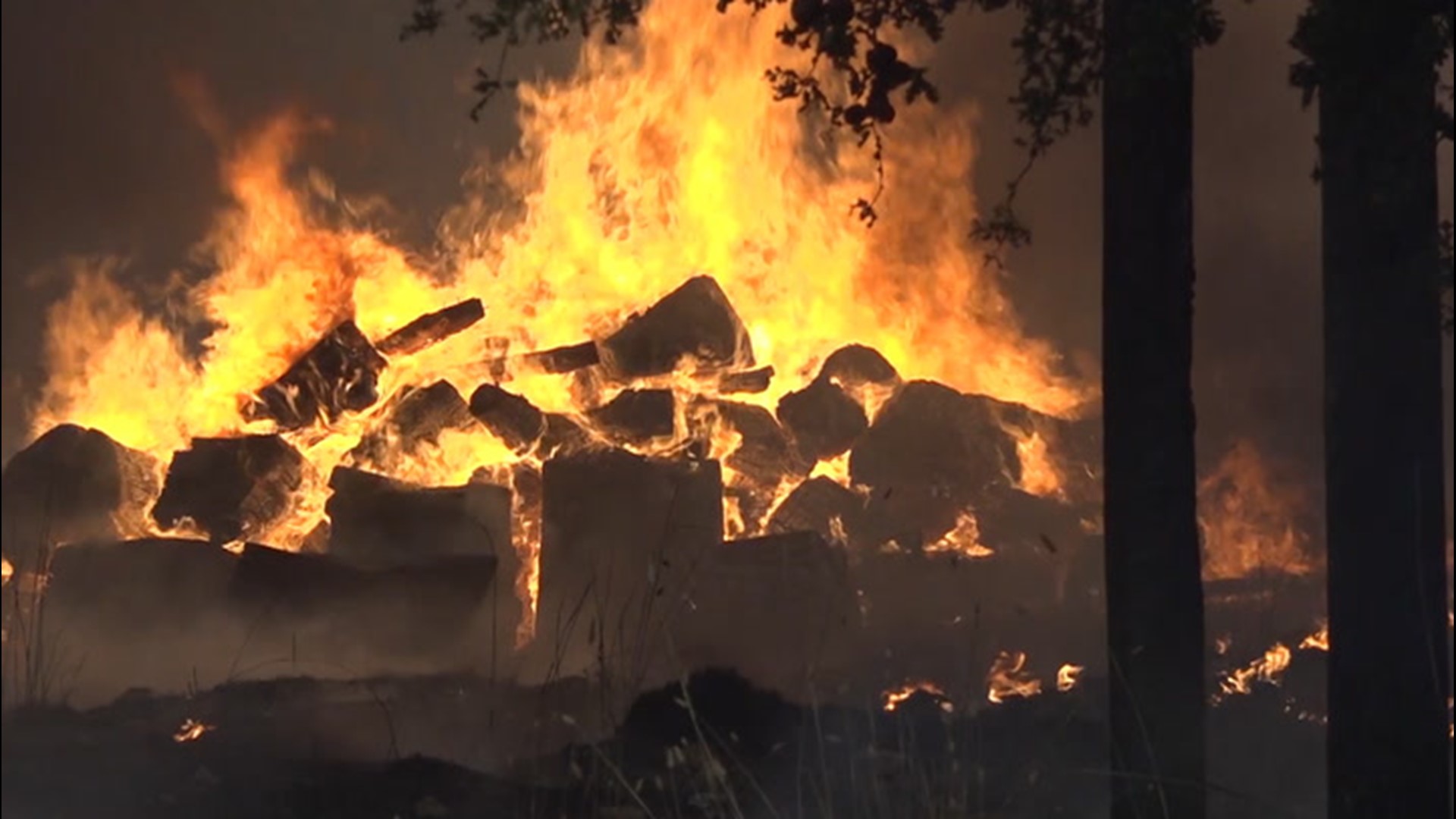 If you want to build a fire, you need three things: Ignition, fuel and oxygen. But wildfire in California is a much more complex people-stoked witch’s brew.

The state burns regularly because of fierce autumn winds, invasive grasses that act as kindling, fire-happy native shrubs and trees, frequent drought punctuated by spurts of downpours, a century of fire suppression, people moving closer to the wild, homes that burn easily, people starting fires accidentally or on purpose — and most of all climate change.

“California has a really flammable ecosystem,” said University of Colorado fire scientist Jennifer Balch. “People are living in flammable places, providing ignition, starting the wildfires against a backdrop of a warming climate that is making wildfires worse.”

Trying to manage California’s wildfires is like trying to hold back a tidal wave, said Columbia University fire scientist A. Park Williams: “Big fires are kind of inevitable in California.”

Dozens of studies in recent years have linked bigger wildfires in America to global warming, especially because it dries plants and makes them more flammable.

In California, a Mediterranean climate sets up ideal conditions for fire then is worsened by climate change, said University of California, Merced, fire scientist LeRoy Westerling, who has had his home threatened twice in the last few years.

RELATED: What the fires in Vacaville and Fairfield look like up close

RELATED: Map: Where the wildfires are burning in California

That means long hot and dry summers with a handful of winter storms bringing rain and snow.

But as the climate warms, snow melts earlier making for drier plants in the summer and the rains come later, extending fire season.

“It's a super strong effect in the summertime and we're right smack in the middle of summertime," Balch said Monday. “Our fire season is not over yet and we have the fall to worry about."

If you lose a fall storm, as happened in 2019, that leaves California fire-prone in October and November, when often-fierce winds blow from the mountains toward the ocean. Those spread fires easily, even jumping eight-lane highways.

November and December, though technically the wet season, can see some of the worst fires such as 2018’s Camp Fire that decimated the Sierra Nevada foothills town of Paradise and killed scores of people.

Another way climate change has worsened wildfire danger is that the jet stream — the river of air that moves storms and daily weather — slows down and weather gets stuck, often with dry periods.

This means California can lose maybe two of its five or six important drenchings, Westerling said. And in other years, with the jet stream stuck in a wet pattern, a couple of extra storms hit California and prompt explosive growth of plants that dry into fuel.

But more than climate and weather are at work.

When people moved into California, they brought invasive grasses, such as cheatgrass and common Mediterranean grass, that outcompeted native grasses and burn more quickly. They act as kindling for brushland fires.

California’s native shrubs burn easily, and so do conifers that release their seeds in fires to regenerate.

For more than a century — spurred by a 1910 inferno — the general government attitude has been to put out every fire. But Williams said that leads to a buildup of fuel that eventually burns.

About 97% of the fires in coastal California are started by people, either on purpose or accidentally, a study by Balch found. The top ignition causes are equipment use — such as weedwhackers, lawnmowers and chainsaws — arson and debris burning.

Another contributor to runaway fires is that homes, especially roofs, are much more flammable than need be, Balch said.

While bigger fires can burn elsewhere — Alaska last year had nine times as much land burned as California — fire risk is greater in the Golden State because so many people live close to the flames.

“We don’t hear about fires in other places, the western U.S. or Alaska because they burn for days without getting near a home,” said University of Utah fire scientist Phil Dennison.

People keep building closer to areas that are wilder and beautiful but fire-prone, Flannigan said, so “we have to learn to live with fire. It’s not going to go away.” 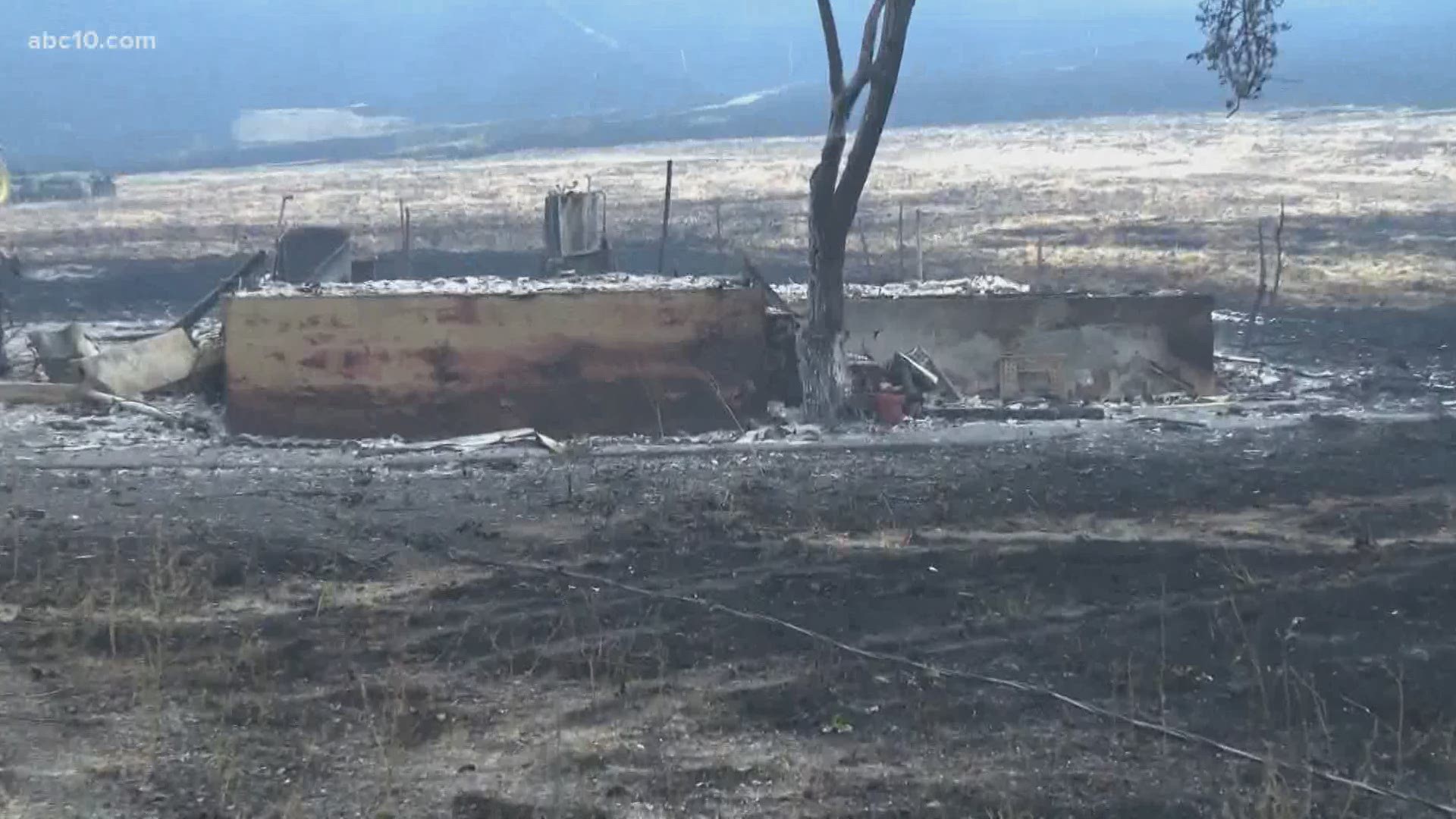