With 228 missing from the Camp Fire, families feel helpless

Family members of those missing from the Camp Fire say the lack of answers is frustrating. 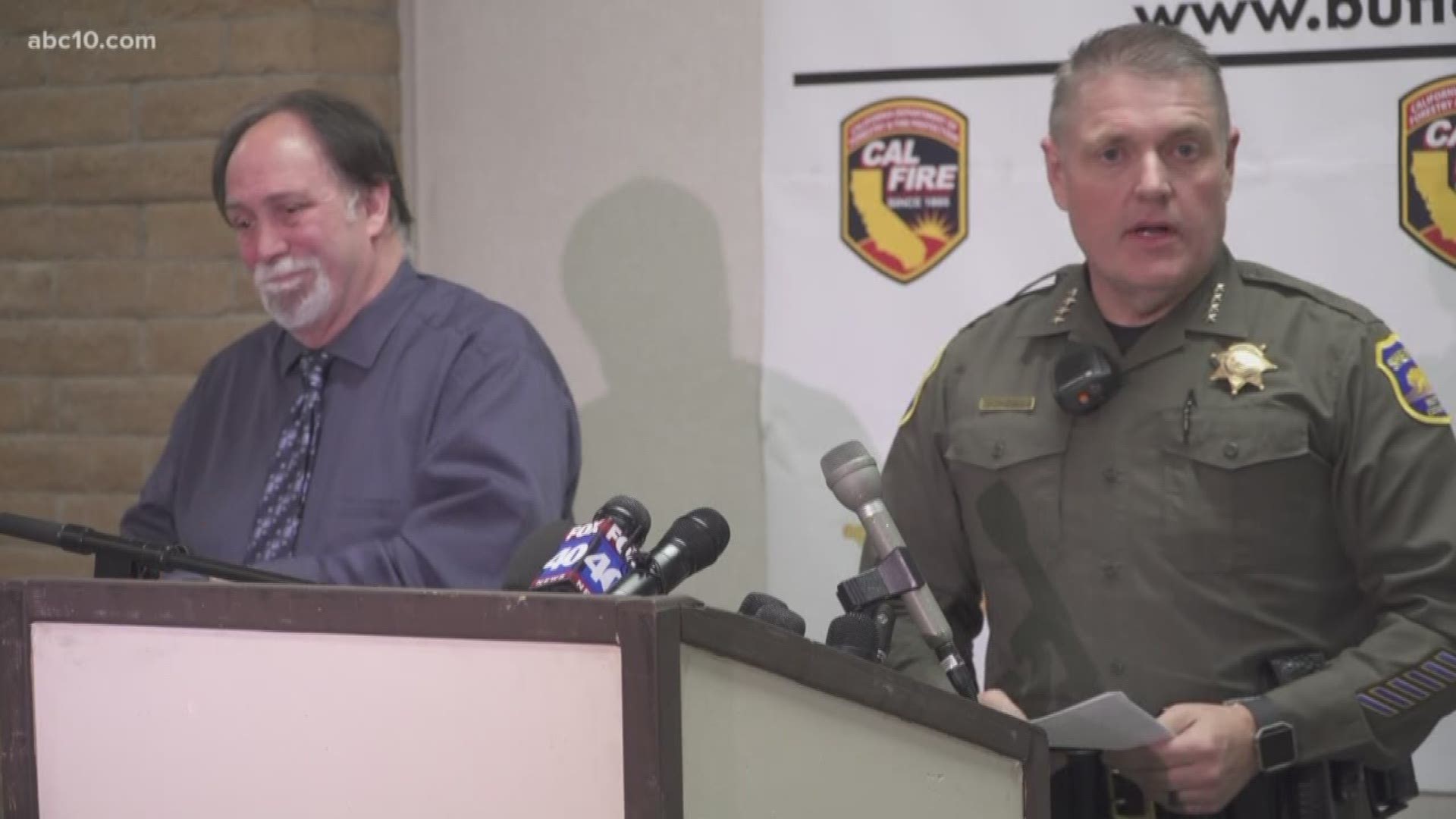 After three days without answers, Linda Timme is losing hope.

Her 83-year-old aunt, Evelyn Cline, can’t move beyond standing and pivoting. She needs assistance to get out of bed. And this weekend, an investigator told Timme that Cline’s Paradise home on Roberts Road burned in the Camp Fire.

As of Sunday night, the Butte County Sheriff’s Office lists the number of missing people at 228.

While Sheriff Kory Honea said midday Sunday that his first priority is evacuating areas threatened by the blaze, he said investigators are working to compile names of missing people and crosscheck with local shelters.

As the presiding sheriff during the most destructive wildfire in the state’s history, Honea understands how desperate some family members are getting.

At a community meeting Saturday night, a man who had reported his grandparents missing confronted the sheriff.

“He showed me a picture of his grandparents,” Honea said. “He said, ‘I want this to be personal for you.’”

The scope of devastation, with over 111,000 acres burned as of Sunday and the continued peril of spot fires, downed trees and power lines make it difficult to assess the damage.

In some cases, the sheriff said, the fire burned so hot and so intense that human bodies could have been “completely consumed” by the fire.

“That gives you an understanding of how difficult this task (of identifying them) ultimately is,” he said.

The county has enlisted help from DNA experts from the Department of Justice.

Some residents ask why authorities don’t simply go to homes and search for bodies, deducing who’s likely dead. But Honea said that could produce inaccurate results, as someone not living there might have entered the home. 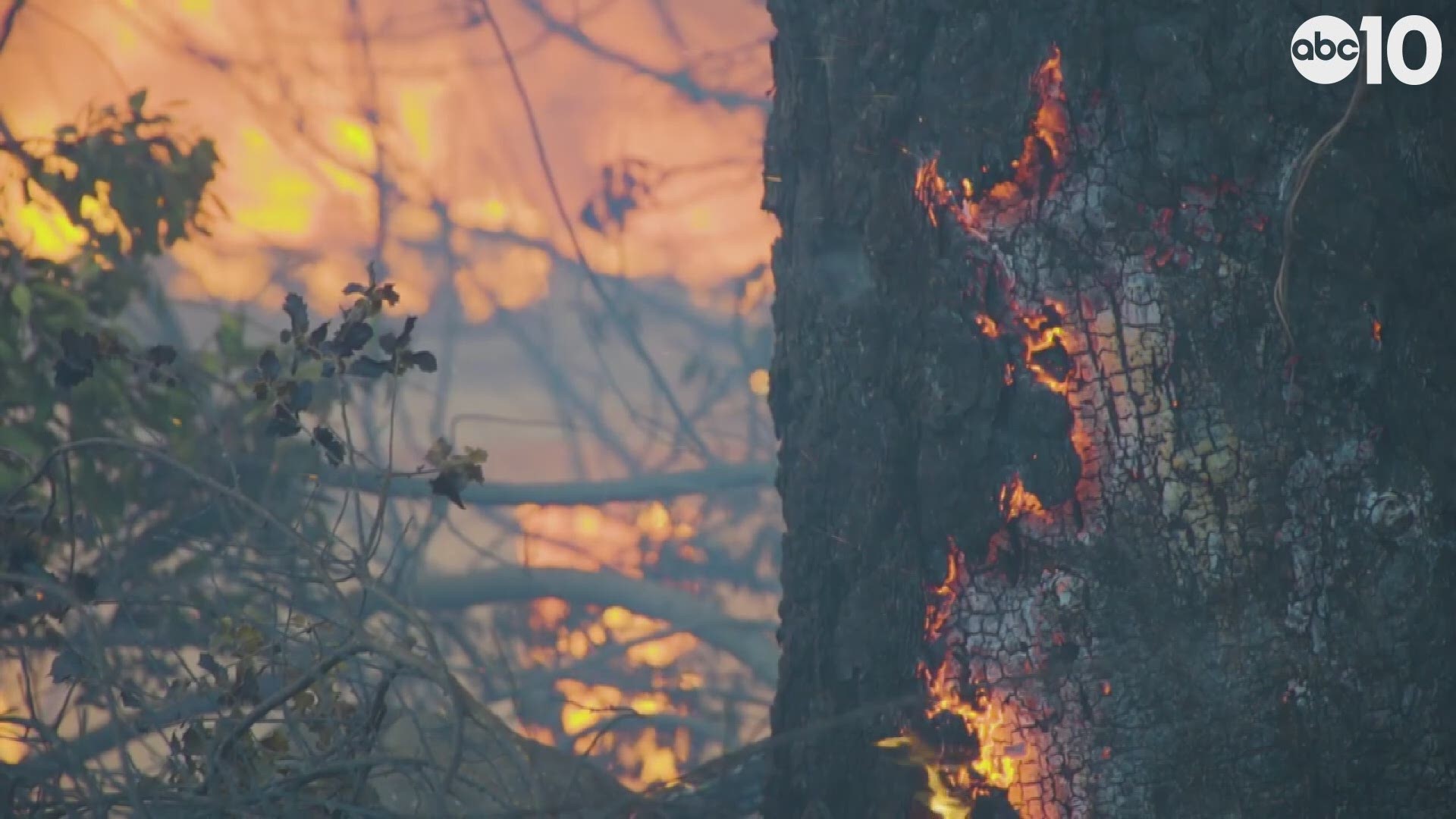 Meanwhile, family members of the missing understand that authorities are likely overwhelmed, but they say the lack of answers is still frustrating.

Timme said someone from the Butte County Sheriff’s Office called her this weekend, asking her if she’d seen her aunt. Timme, who lives in Washington state, was surprised they asked; wasn’t that their job?

Timme has spent the past three days scouring online resources, like the Red Cross’s Safe and Well website, to check if any shelters have found Cline.

“I’ve been on that website probably once an hour every hour,” she said.

Timme typically visits her aunt every month or so. The last time she saw Cline was an October visit to cut her hair. She said she plans to take some time off work to spend a week in California.

She’s not sure what she’ll do once she gets to Paradise. She just knows she has to come.

“She didn’t have any children,” Timme said of Cline. “I’m pretty much the only one that she’s got.”

Jan and Christian Minow, of New Mexico, know that same sense of worry and helplessness.

Christian’s 72-year-old brother, Jonathan Willis, lives on his own in a Paradise trailer park. He has cerebral palsy and can’t walk more than a few steps without assistance.

“I can’t believe for a second that anybody would have left him at that trailer park,” Christian said. “He’s so well liked.”

But now that three days have gone by without word, Jan and Christian are beginning to fear the worst.

Christian waited hours on the phone to talk with someone from Butte County on Friday, only to be told officials wouldn’t confirm if Willis was on the list of known fatalities.

“They weren’t giving me any information,” he said. “I was kind of surprised. They didn’t know what parts of the town were destroyed.”

As his brother’s only living relative, Christian would be the first to know if his Willis was confirmed to have died.

“The blood kind of rushes to my head now when the phone rings,” he said. “I’m hoping it’s a good call. But either way, I want the call.”

The couple knows they're supposed to be patient, but no one has told them how long they should expect to be patient for. There is still no timeline for when the sheriff’s office will complete its list of people missing and dead. Of course, active fire complicates the process.

Sheriff Honea said Sunday he believes some of the 228 people unaccounted for are likely at shelters and have yet to be reported safe. He has people calling to verify.

Honea himself is feeling the pressure to find the missing as quickly as possible. He said he has survivor’s guilt over the fact that his home and family were safe.

When asked again about efforts to find and identify missing people, Honea said the scope of the tragedy is officials’ top obstacle.

“We have plans. We have experience. Our county’s been through things,” he said. “But in terms of magnitude, we’re in uncharted territory.”