Shakuntala Haraksingh Thilsted is being recognized for her achievements in pioneering fish-based food systems to improve nutrition, health and livelihoods. 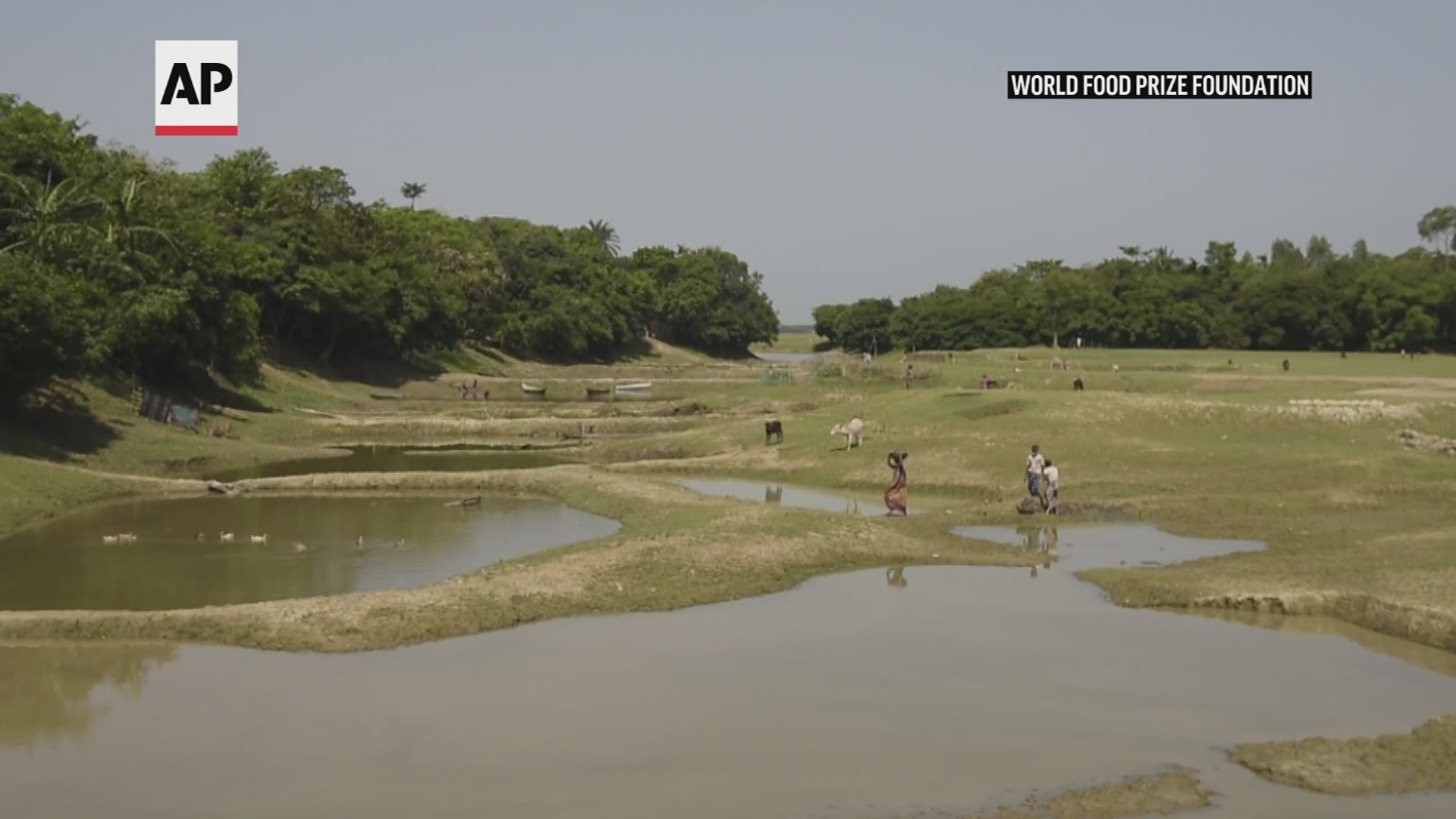 DES MOINES, Iowa — A nutrition expert who pioneered innovative ways of raising fish rich in micronutrients and fatty acids and incorporating them into diets in developing countries was named the recipient of the World Food Prize on Tuesday.

Shakuntala Haraksingh Thilsted, 71, who grew up on Caribbean island of Trinidad and later became a citizen of Denmark, was awarded the prize in recognition of her achievements in pioneering fish-based food systems to improve nutrition, health and livelihoods for millions around the world.

“Dr. Thilsted figured out how these nutrient-rich small fish can be raised locally and inexpensively,” said U.S. Secretary of State Antony Blinken in remarks recorded and delivered at the announcement ceremony. “Now, millions of low-income families across many countries, including Bangladesh, Cambodia, India, Nepal, Burma, Zambia, Malawi, are eating small fish regularly, dried and fresh, in everything from chutneys to porridge, giving kids and breastfeeding mothers key nutrients that will protect children for a lifetime. That is all thanks to her.”

The World Food Prize was created by Nobel Peace Prize laureate Norman Borlaug in 1986 to recognize scientists and others who have improved the quality and availability of food. The foundation that awards the $250,000 prize is based in Des Moines, Iowa.

Thilsted began research in Bangladesh in the 1980s while working to improve the lives of malnourished people. After talking to local women who told her that eating a variety of local small fish species made them stronger, she began researching their diet. Returning to Copenhagen, she studied the nutritional value of small fish species in Bangladesh and later Cambodia.

“I was able to assess the nutritional composition of these small fish species and realized that they were extremely rich in multiple micronutrients, vitamins and minerals, and most importantly that the forms in which they were found were highly available and could be absorbed by the human body,” she told The Associated Press via video from Penang, Malaysia, ahead of the ceremony.

Credit: AP
This photo provided by World Food Prize shows Shakuntala Haraksingh Thilsted. On Tuesday, May 11, 2021, Thilsted was named this year's recipient of the $250,000 World Food Prize, which was created by Nobel Peace Prize laureate Norman Borlaug in 1986 to recognize researchers who have improved the quality and availability of food. (Finn Thilsted/World Food Prize via AP)

That knowledge led her back to Bangladesh, where she studied how farmers raised fish, with the goal of helping them to improve their efficiency and their product's nutritional value. At the time, aquaculture was just taking off in the country, which now has 4 million household ponds raising fish. The common practice then was to clean the ponds of all native small species and stock them with carp species used as the primary fish for food and sold at markets.

Thilsted said that after many years of research, she and others showed that the farmers could raise the large fish together with the micronutrient-rich small native fish, increasing production and boosting the nutritional quality of the fish grown.

“That was the system we used for the aquaculture approach, which I call pond polyculture,” she said.

Her research done with the help of international organizations including UNICEF, the UN’s International Fund for Agricultural Development and the World Bank, improved the scientific understanding of the importance of fish in diets. The changes she helped bring about made a significant difference in the diets and incomes of some of the world's most vulnerable people.

Bangladesh's aquaculture production has tripled since 2000 and is now the fifth largest in the world, supporting 18 million people. The increased production has improved women's economic opportunities in particular, since they make up about 60% of fish farmers operating on small family-run operations in the country.

For 10 years, Thilsted has worked with Malaysia-based WorldFish, an international research organization that focuses aquatic foods in developing countries in Africa, Asia and the Pacific region. The organization offered opportunities to move her fish-based dietary approaches to other countries with funding from development groups including CGIAR, an international partnership of organizations focused on food security. She now serves as global lead for nutrition and public health at WorldFish. She also holds leadership roles in the United Nations Food Systems Summit 2021 and the High-Level Panel of Experts on food security and nutrition, which advises the Committee on World Food Security, the primary U.N. group dealing with food security and nutrition.

Thilstead also found ways to incorporate the fish into the diets of people who needed the additional nutrition. She advocated the widespread use of a shelf-stable dried fish powder with concentrated nutrients to be used with other spices as a condiment to add to other foods.

Thilsted said she was surprised to be awarded the World Food Prize since many previous winners have focused on staple crops such as rice, wheat and corn. She hopes the honor will enable her to bring attention to the importance of diversity in food sources, including fish and other aquatic foods.

“I can see that the award gives you a platform, and in my case, I would like to use that platform to move further with the work I’m doing and to move the recognition of fish and aquatic foods as being superfoods and important in the diets to deliver nutrients to poor and vulnerable people, of course in the cultures where it makes sense to do so,” said Thilsted, who said she didn't know how she'd spend the prize money.

She said she also hopes her award inspires women to pursue her field of study.

“I do hope also that with this platform and this award I have gotten it can inspire especially young women from developing countries to study science and take on a career in food and nutrition because I think its extremely rewarding and beneficial for many,” she said.