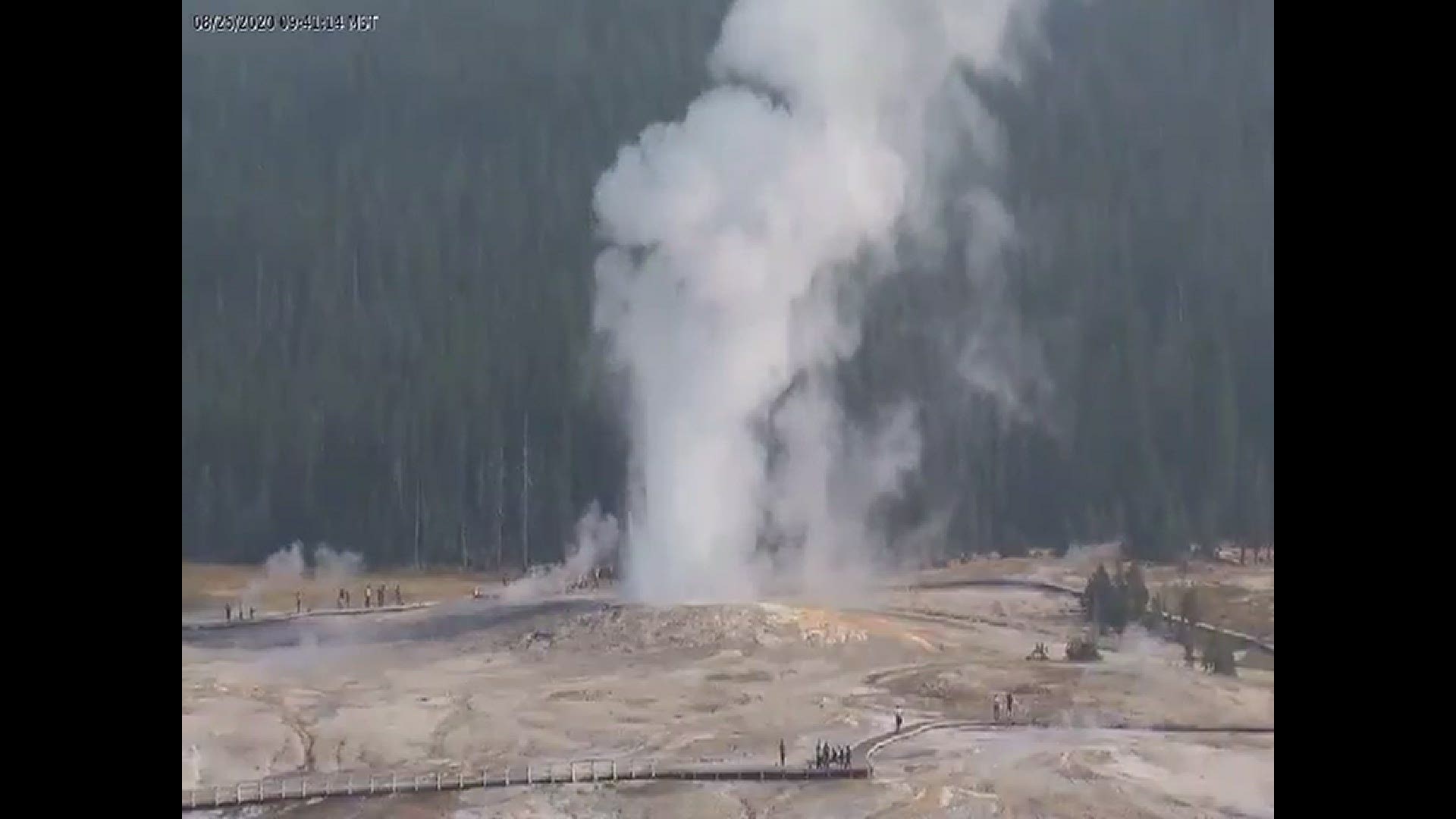 BOZEMAN, Mont — Yellowstone National Park has reported that it had the most-ever September visitors.

The increase contrasts sharply with May, when visitation rates were 90% lower compared to the same month last year.

Yellowstone was closed due to the coronavirus pandemic from March 24 to May 18, when its two Wyoming entrances reopened.

In June, the park opened its three other entrances and visitation rates improved slightly. The park reported a 32% decline in visitors compared to the same month last year. Visitation rates through June were down 49% compared to numbers from the first six months of 2019.

The park hosted 820,000 visitors in August, a 7.5% increase in its year-over-year rates. It was its second-busiest August on record.

The national park's peak season is typically from May through September. Tourism tends to taper off in September and October. Most lodges, restaurants, stores and other services close for the year in October, followed by all park roads in early November.

Yellowstone's roughly eight-week closure due to the coronavirus pandemic means total visits are still down 11% from the same time last year, the Bozeman Daily Chronicle reported.