Russia's Investigative Committee said a woman's body was found in Bor and that a suspect with a record of serious crimes had been arrested. 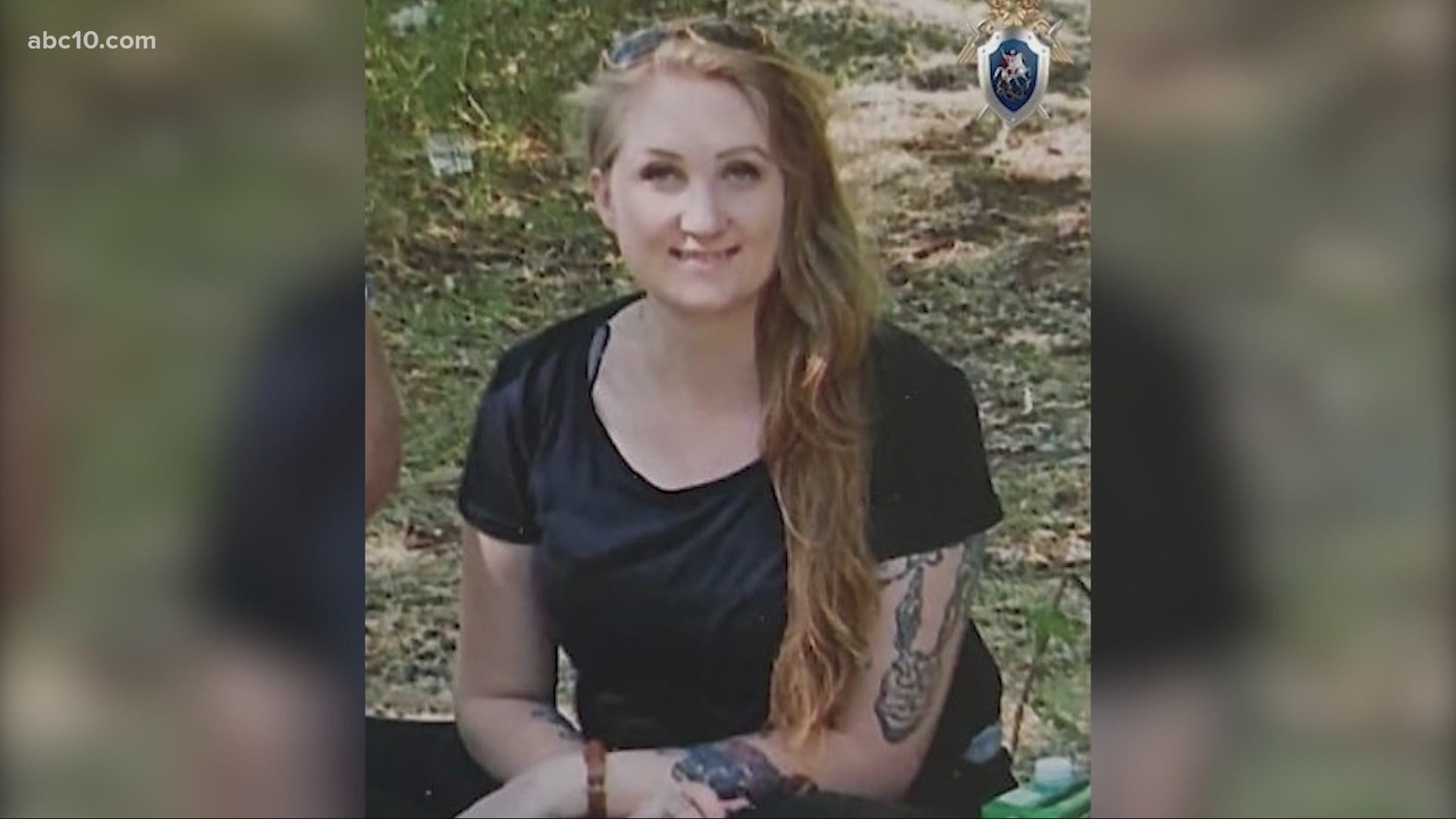 BOR, Nizhny Novgorod Oblast — Russian news reports said searchers had found the body of an American student who went missing several days earlier and that a man has been arrested on suspicion of murder.

A court in central Russia has arraigned the suspect suspect, identified as Alexander Popov, on murder charges in the death of an American woman studying at a local university. Russian news reports said he had a record of violent crimes. He faces up to life in prison if convicted.

The body of Catherine Serou, 34, was found Saturday in a wooded area near the city of Bor, 400 kilometers (250 miles) east of Moscow.

Credit: AP
Alexander Popov, a man who was arrested on suspicion of murder sits behind the glass in a courtroom in the city of Gorodets, 60 km. (36 miles) north-west of Nizhny Novgorod, Russia, Sunday, June 20, 2021. A court in central Russia has arraigned the suspect on murder charges in the death of an American woman studying at a local university. The body of 34-year-old Catherine Serou was found Saturday in the woods area near the city of Nizhny Novgorod, 400 kilometers (250 miles) east of Moscow. (AP Photo/Roman Yarovitsyn)

"We are closely monitoring local authorities’ investigation into the cause of death. We are providing all appropriate assistance to the family," the U.S. State Department spokesperson said.

Serou previously went to the University of California, Davis, according to an article from the school's newspaper and the UC Davis Art History Program.

Russia's Investigative Committee said a woman's body was found in Bor and that a suspect with a record of serious crimes had been arrested but did not give names.  Authorities did not specify the cause of death.

Local news reports said Serou was last seen on Tuesday after getting into a car. Beccy Serou, of Vicksburg, Mississippi, told NPR that her daughter had last texted her: “In a car with a stranger. I hope I’m not being abducted.”

RELATED: Paradise residents may be kicked off their own land if they don’t have plans to rebuild by Sept 30

Even though the town council set the deadline, PG&E settlement and government grant money are not yet available to those victims who lost their homes in the 2018 Camp Fire.  An ABC10 Originals report by Mike Duffy.