Momentum grows for change in how the military handles sexual assault

US Sen. Mark Warner says, "The status quo is not working." 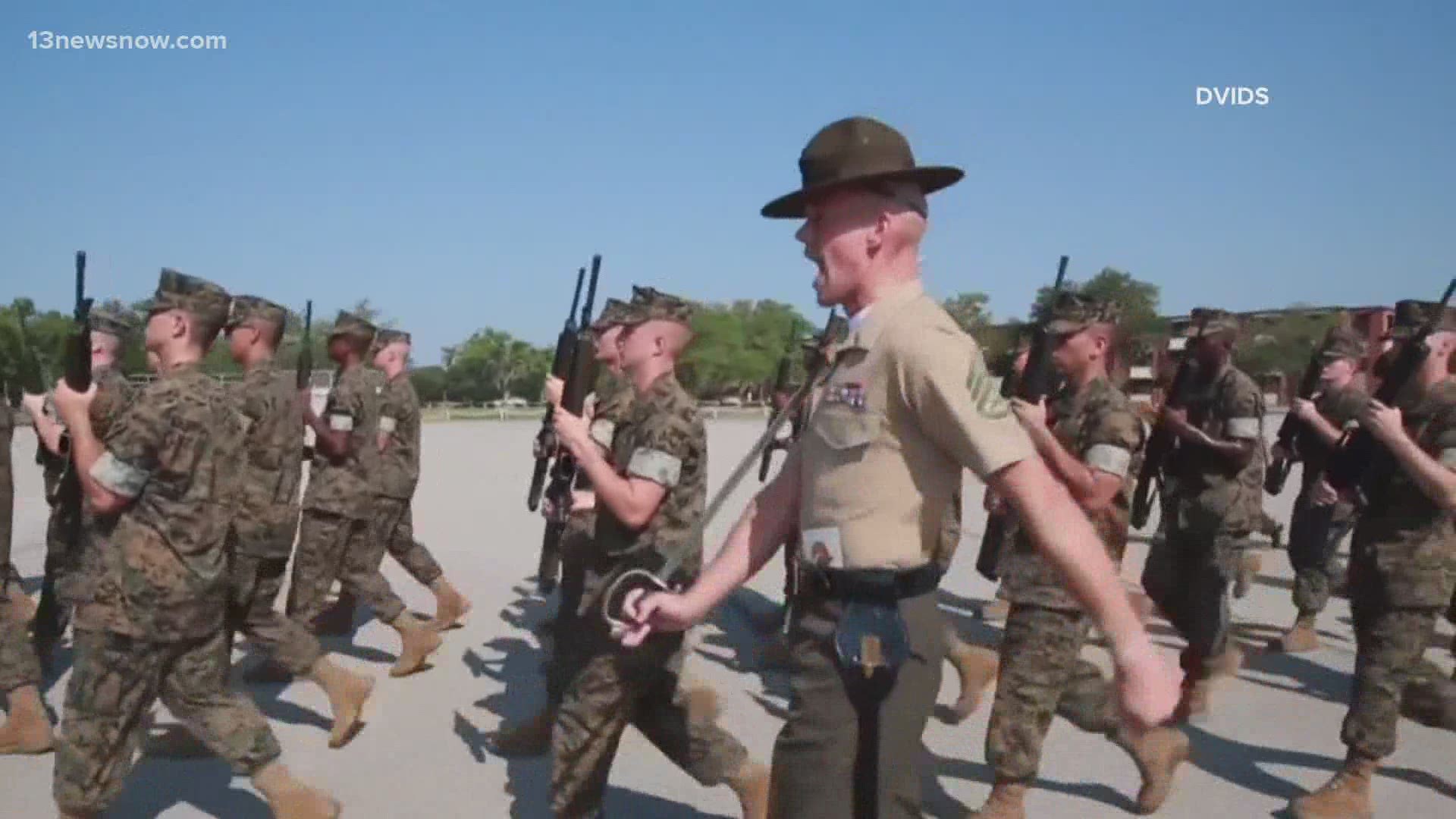 WASHINGTON — Momentum is growing for a major change in military justice.

Lawmakers from the House and Senate have drafted a bill to let independent, professional prosecutors handle sexual assault investigations instead of defendants' unit commanders.

According to the Department of Defense's most recent statistics, nearly 21,000 service members were sexually assaulted in 2018. Until now, such cases have always been handled by the chain of command.

"Instead of seeing my offender prosecuted, what I experienced after reporting was retaliation against my family, destruction of my husband's military career, and an attack on my character," she said.

Now, a bipartisan group of lawmakers introduced the "Military Justice Improvement and Increasing Prevention Act." The measure would strip the commanders of that responsibility. Instead, independent, trained, professional military prosecutors would take over.

"We've seen close to a hundred reforms try to be implemented," said US Sen. Mark Warner (D-Virginia). "Unfortunately, those reforms have not driven down in any meaningful way the level of sexual harassment and sexual abuse that takes place in the military."

Warner has long opposed making the change, buying into the argument that removing the chain of command from the decision would hurt unit cohesion.

But now, he says, he's had a change of heart.

"I've come to the conclusion that clearly the status quo is not working," he said. "Other nations have successfully implemented a system of justice around sexual harassment that seems to have a better outcome. I've given the Pentagon the benefit of the doubt for a decade. And I think it's time to try something different."

Secretary of Defense Lloyd Austin is conducting his own 90-day review of a similar recommendation from an independent Pentagon review commission.

The Senate bill now has 46 co-sponsors, 10 of whom are Republicans.

Joint Chiefs of Staff Chairman Gen. Mark Milley did not endorse the recommendation made by the independent review panel to remove decisions from commanders, but he said is open to considering it, according to the Associated Press and CNN.