U.S. Army tweet gets heartbreaking response from veterans and families

“How has serving impacted you?” The U.S. Army asked via Twitter. 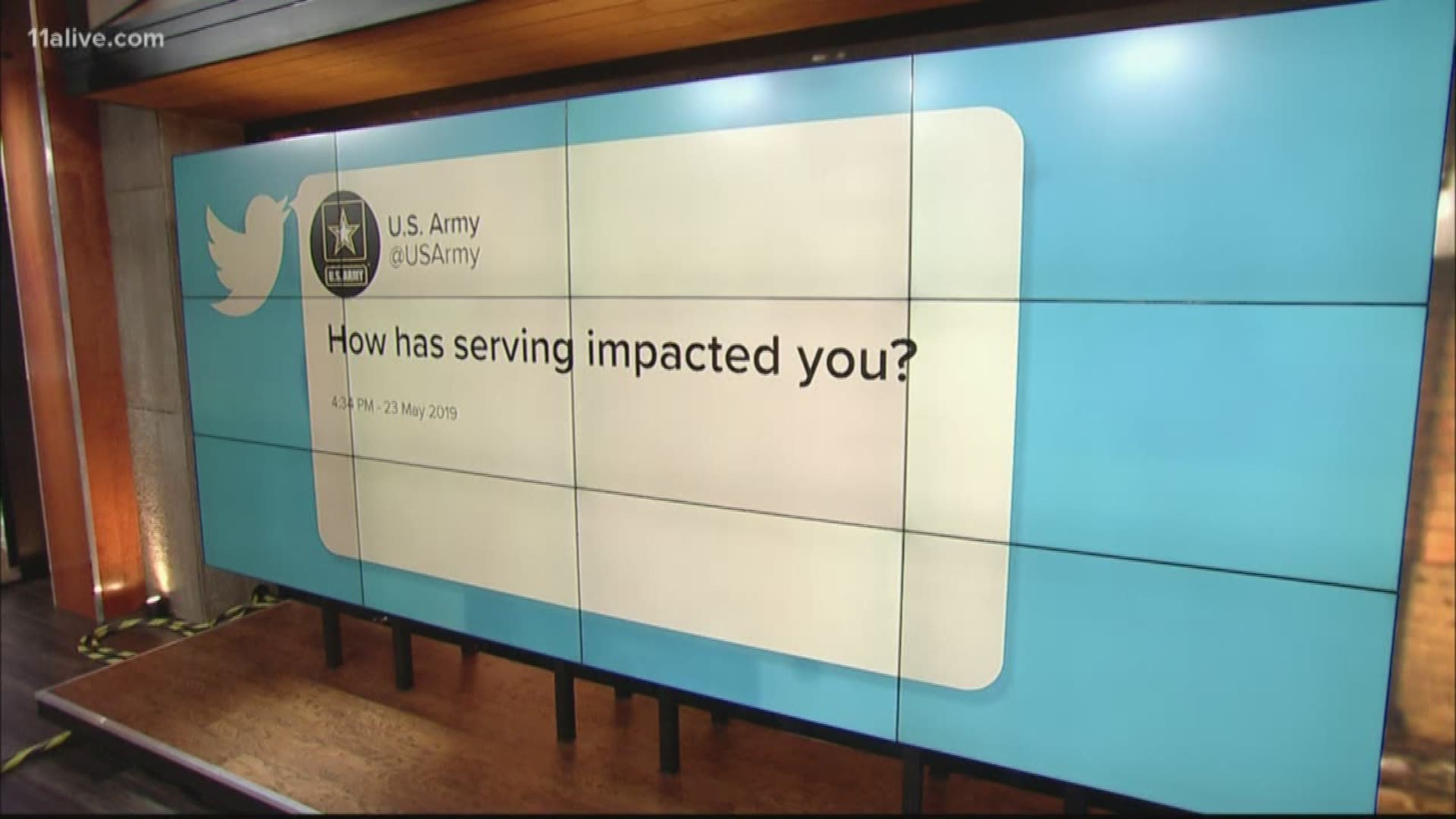 FORT BENNING, Ga. — “How has serving impacted you?” – that’s the question put forth by the U.S. Army via Twitter, as Memorial Day weekend got underway.

The tweet featured an interview with a young soldier at Fort Benning, Georgia – Pfc. Nathan Spencer, a scout with the Army’s First Infantry Division.

“To serve something greater than myself … the Army has afforded me the opportunity to do just that, to give to others, protect the ones I love and to better myself as a man and a warrior,” Spencer said in the video.

While the video was offered as a positive affirmation of military life – the stories told in the Twitter thread were varied. Some replied in support, stating that military service is “something to be proud of.” Others shared deeply troubling stories about their own struggles returning from war. Others talked about family members suffering from PTSD and substance abuse. They also shared stories of soldiers who died by suicide.

**Warning: The posts below contain disturbing content. If you or someone you know is experiencing thoughts of suicide or self harm, please call The National Suicide Hotline at 1-800-273-8255, available 24 hours per day, seven days a week.

The girlfriend of Anthony Hill, an Air Force veteran who was shot and killed by police in 2015, also weighed in on the question. Hill was killed in DeKalb County after the officer encountered him unarmed and naked while responding to a suspicious persons call. The officer said Hill "attacked him" and, fearing for his life, he pulled the trigger.

"I was forced to resign my commission while serving in Kuwait during the first Gulf War because I am gay. I received an other than honorable discharge despite excellent performance reviews," one man wrote.

The U.S. Army Twitter page replied and thanked the military members and their families for sharing the stories.

If you or someone you know is in trouble or experiencing thoughts of suicide, call the Veterans Crisis Line at 1-800-273-8255 and press 1.

RELATED: Homeless veteran died alone, but he wasn't laid to rest that way