In total, around 175 Americans from multiple federal agencies will be helping Australia tackle wildfires burning millions of acres. 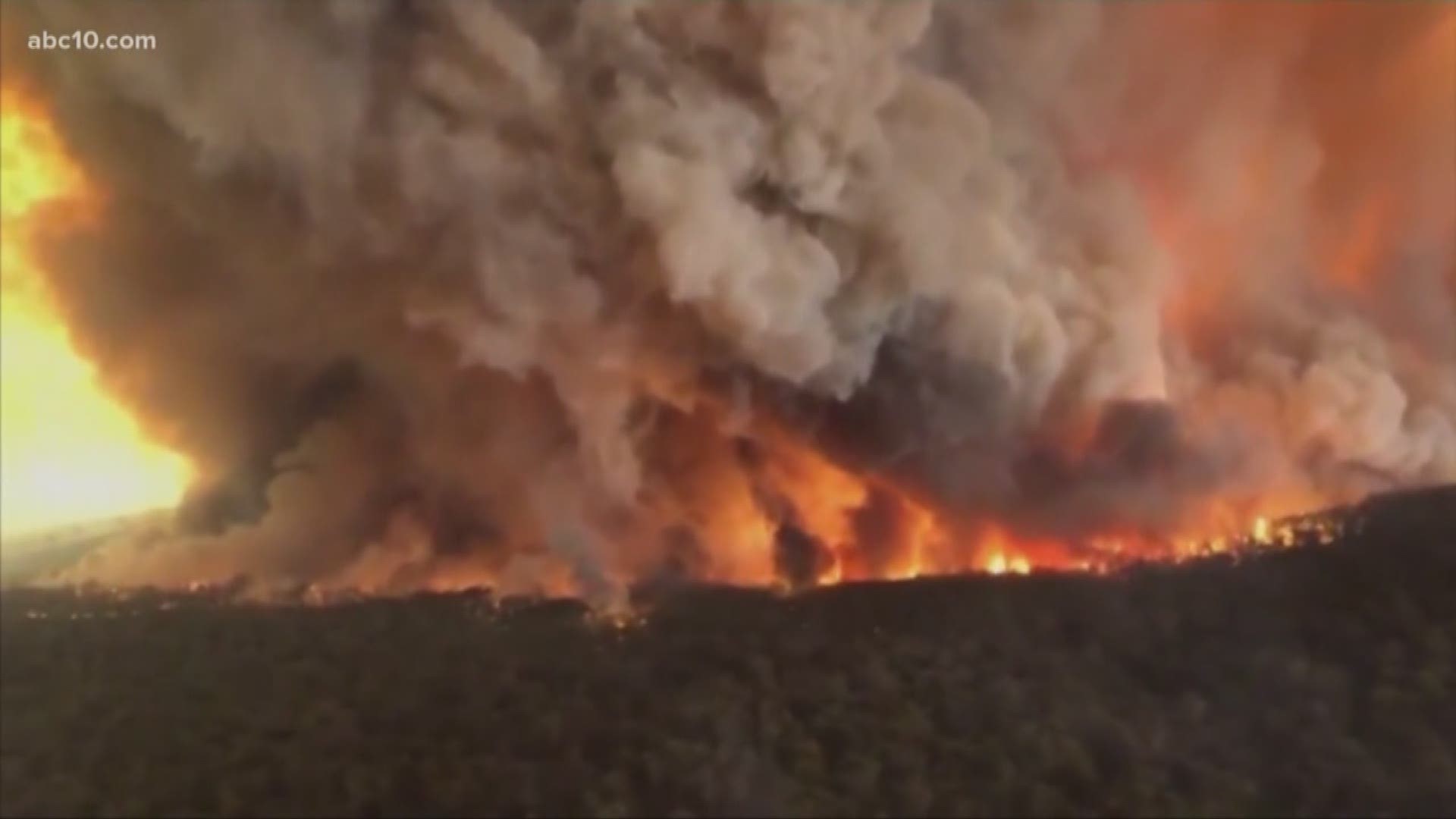 SACRAMENTO, Calif — As wildfires continue to burn across millions of acres of land in Australia, dozens of U.S. firefighters are expected to deploy in the coming days to help bolster the defense against the massive flames.

Firefighters from across the US have been helping since early December. On Saturday, a group of 20 will deploy and will be followed by another group of 80 on Monday, bringing the total to 175 American firefighters on the ground in Australia.

Canada, and New Zealand are also part of a mutual aid system, helping Australia in its firefighting efforts.

The agency responsible for assembling and coordinating the American firefighting teams is the National Interagency Fire Center (NIFC) based in Boise, Idaho. It's a system that spokesperson Kari Cobb explained benefits everyone.

RELATED: Nearly half a billion animals impacted by Australia wildfires

"It allows us to share resources in times of need," Cobb said. "So, for instance, we have these agreements with Australia, and Australia has a completely different fire season than we do. They flip flop their seasons. So it really works out for us that when we’re in fire season, we can utilize some of their resources if needed and we can also do the same for them.”

The next teams to deploy in the coming days will include more than 20 Californians, including firefighters from national agencies like the Bureau of Land Management, the National Park Service, and the U.S. Forest Service.

Scott Stephens, a professor of fire science at UC Berkeley, explained how U.S. firefighters are used.

"You’re trying to get people in that can make decisions in incident command systems which is similar in both countries," Stephens explained. "Sometimes it’s just firefighters going in on the fire line and just help people do work on active fires."

Cobb said there are many parallels between the wildfires in Australia and the US.

RELATED: When it comes to wildfires, should California be more like Australia?

"So because of that, our firefighters are very well equipped to fight these types of fires and it really translates to the type of firefighting their doing over in Australia.”

Stephens said this is true for the difficulties as well.

"Some of this is really a challenge too from kind of a fuels and fire behavior and also climate change, all those kind of intertwined just like us," Stephens said. "Of course and when you have people living in wild lands, it makes the situation even more difficult, which is in both countries as well."

And there are lessons the U.S. can learn from Australia, Cobb said.

"They really do a better job of getting people who are professionals and also extension people who can go out and have a communication with local communities.'"

WATCH MORE: Australia Wildfires Explained | The huge size and why the fires are happening