The two people on board are on their way to the hospital, according to the company that owns the plane. 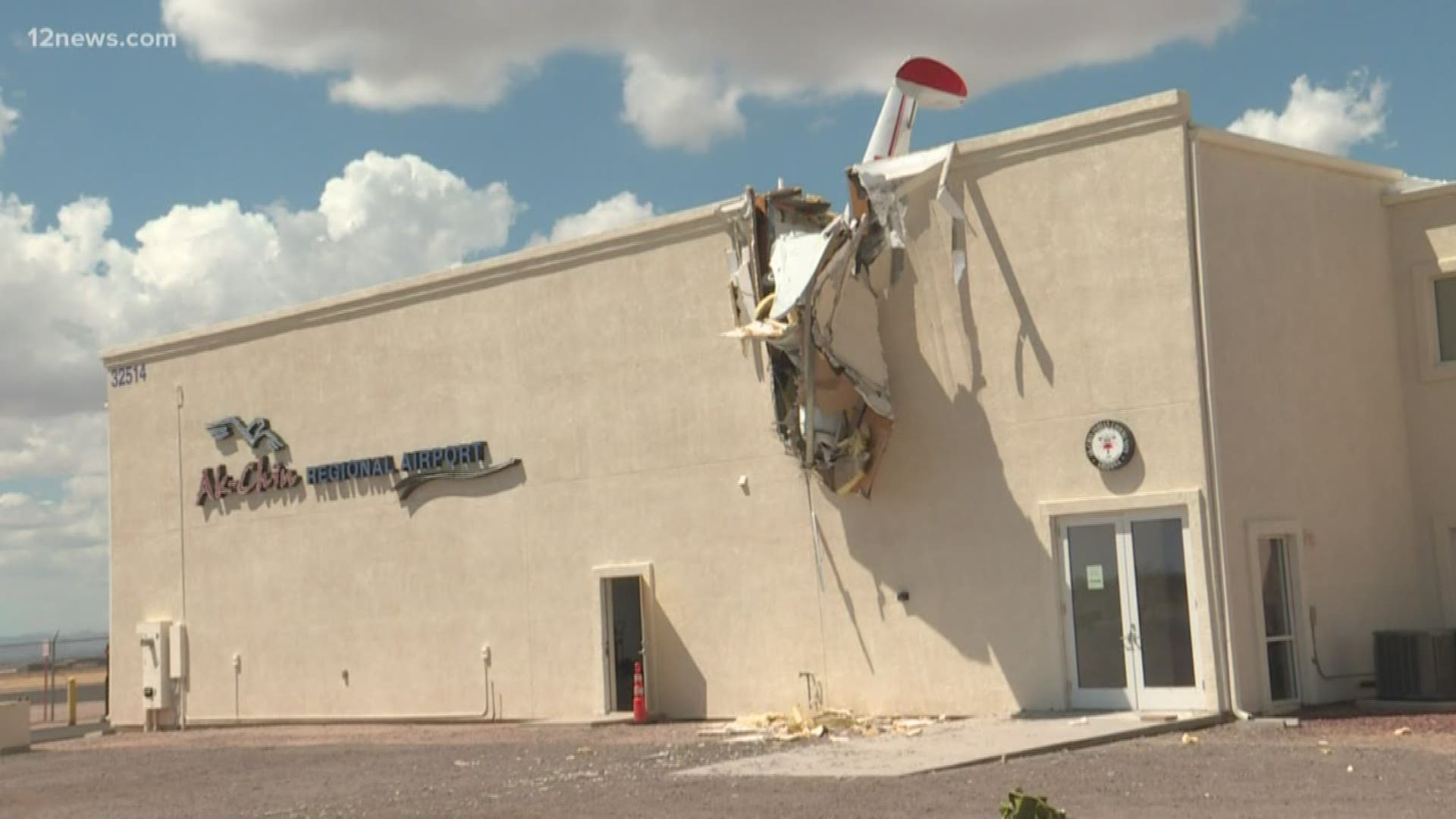 MARICOPA, Arizona — A small plane crashed into an operation center at the Ak-Chin Regional Airport southeast of Maricopa Tuesday, injuring two people, an instructor and a student.

According to Desert Rat Aviation, who owns the plane, the two on board were able to escape the wreckage and were taken to the hospital. How the crash occurred is unknown at this time.

The extent of their injuries is unknown at this time.

The Ak-Chin Fire Department responded to the scene.

The Federal Aviation Administration says it was a single-engine Ercoupe 415-C that crashed under unknown circumstances around 8:30 a.m.

The FAA and National Transportation Safety Board will investigate.

We are working to learn more information regarding the status of the people involved in the crash and whether anyone was in the building at the time of the crash.

We will update with new information as it becomes available.