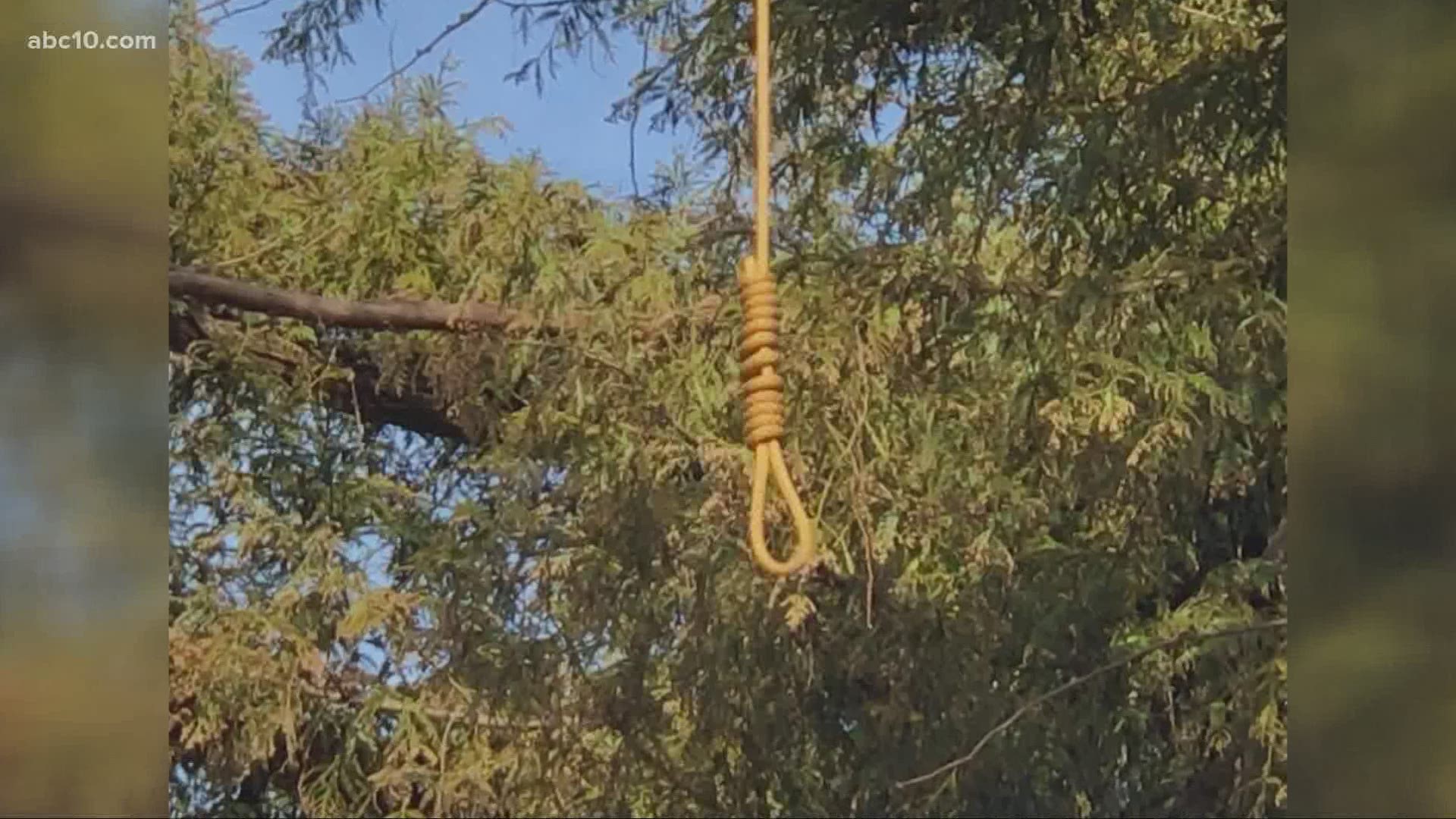 PLACERVILLE, Calif. — A week ago, the Placerville City Council unanimously voted to remove the noose symbol from its city seal. Placerville is nicknamed "Hangtown" for its Old West justice during the Gold Rush days, the touristy moniker is also a racist reminder of the past for African-Americans.

Now, there is a new controversy.

A noose was found hanging on a utility line near the entrance to a popular bike and hiking trail a short distance from the center of Placerville on Tuesday morning. It was at the intersection of Clay Street and Mosquito Road.

Green says it's a threat to those who don't feel a noose is representative of Placerville.

"I think it's especially threatening to community members of color," added Green. "We all know what a noose means."

Elizabeth DuBose is also part of the BLM movement. Although taken down, she believes whoever hung the noose may be targeting her, since she passes that very spot on her daily commute to work.

Under state law, Penal Code section 11411 says in part "Any person who hangs a noose, knowing it to be a symbol representing a threat to life" and "for the purpose of terrorizing" faces up to a year in jail and, or up to a $15,000 fine.

Placerville Police say they take the noose display seriously. They have investigated but have made no arrests.

"We weren't able to determine the motivation behind the noose that was hung up over that cable," said Placerville Police Department Commander Dan Maciel.

Then, there are those that say the noose placed in the utility line simply harkens back to the city's rich Gold Rush history.

"The history of Placerville is they hung people here who committed crimes 150 years ago. There's nothing wrong with that in my opinion," said long-time Placerville resident Tom Quayle.

But others like Michelle Phaby, who works in Placerville, believe random noose or not it's wrong.

"Because of what it represents and I'm just generally against that sort of thing," said Phaby.

Placerville Police say if anyone in the area where the noose was hung has surveillance video, they would like to see it.