PG&E official says 'too soon to tell' fire cause 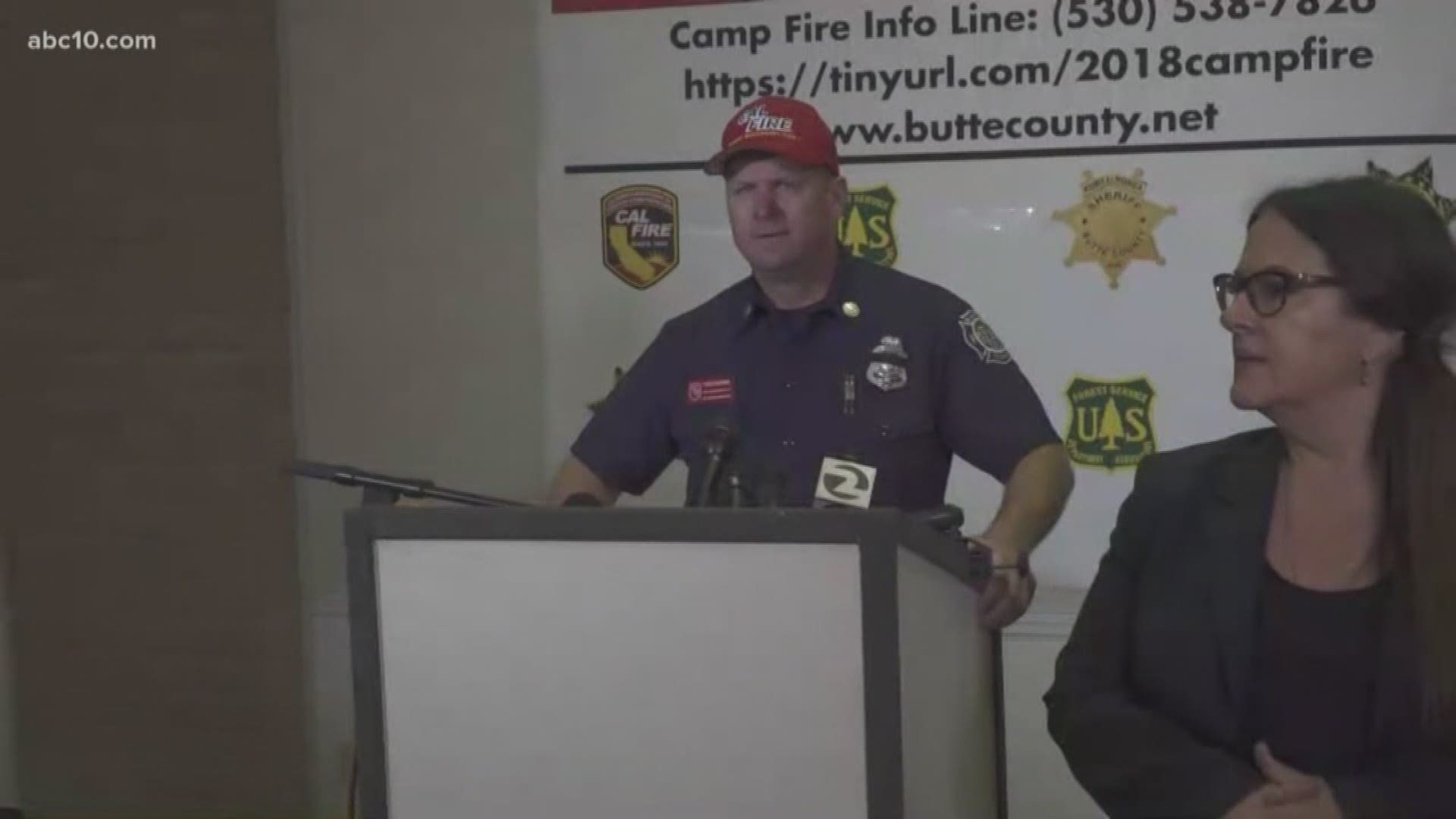 The president of a utility accused by some residents of starting a deadly wildfire in Northern California says there was a power outage about 15 minutes before the flames were reported.

Landowner Betsy Ann Cowley says Pacific Gas & Electric notified her the day before the blaze that crews needed to come onto her property because the utility's wires were sparking.

Asked if sparks from a transmission line ignited the fire, PG&E President Geisha Williams told the Chico Enterprise-Record on Tuesday that "it's too soon to tell."

Williams says the outage was at 6:15 a.m. Thursday and later an aerial patrol spotted damage around the transmission lines. She says the company sent a report to state agencies.

She says the sparks are one of several "options" investigators are reviewing.

Some victims sued PG&E on Tuesday, alleging it failed to maintain its infrastructure.