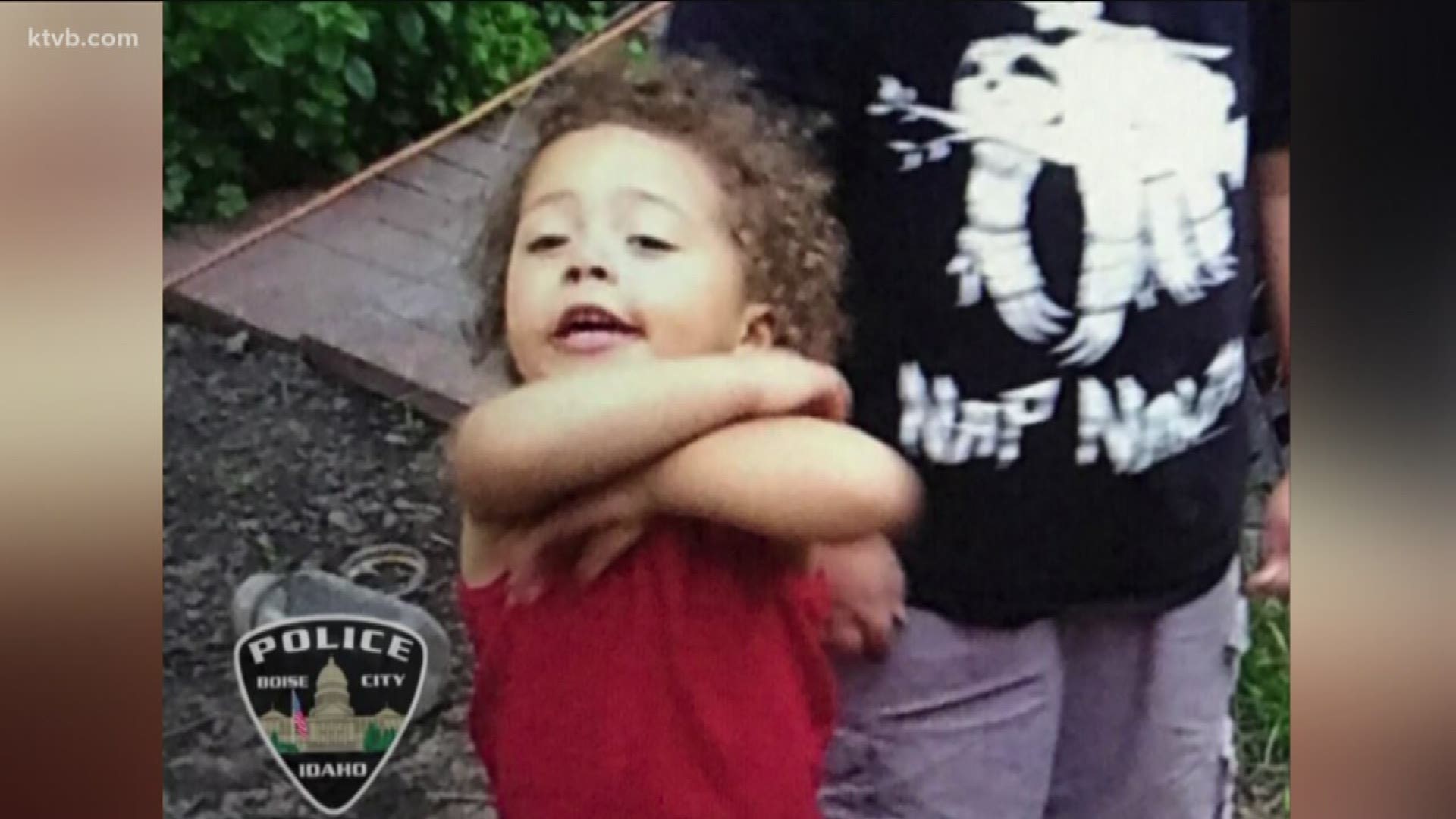 BOISE, Idaho — Police have confirmed that a 2-year-old boy who disappeared from a Boise home early Friday morning has been found safe.

Investigators began searching after getting a report that 2-year-old Bentley was missing from a home near 24th Street and Regan Avenue.

The toddler's caretaker said he had last seen Bentley asleep in the house at 1:30 a.m. At around 2 a.m., the caretaker realized the front door of the house was open and the child was gone.

The caretaker thought Bentley might have wandered out of the house, and called police. Boise Police searched through the neighborhood, using a drone to look for Bentley from the air.

MORE: When a child goes missing, here are the criteria for an AMBER Alert

Officers were able to get in contact with Bentley's mother, identified as Mary McMahon, around 3:30 a.m. McMahon told them the 2-year-old was OK and was with her, but police were not immediately able to confirm that.

Police said McMahon was in a blue Honda CRV on Highway 95 to Oregon on her way to Reno. Officers said they wanted to get in contact with her to ensure both she and Bentley were safe.

At 9:50 a.m. Boise Police said McMahon had returned to Boise, and they were able to make contact with her and the toddler.

"Everyone is safe, thank you for the many shares and efforts to help," police posted.