Could African Americans in California receive reparations for slavery, discrimination?

Gov. Gavin Newsom signed a bill to create a task force to study and develop reparation proposals for African Americans. 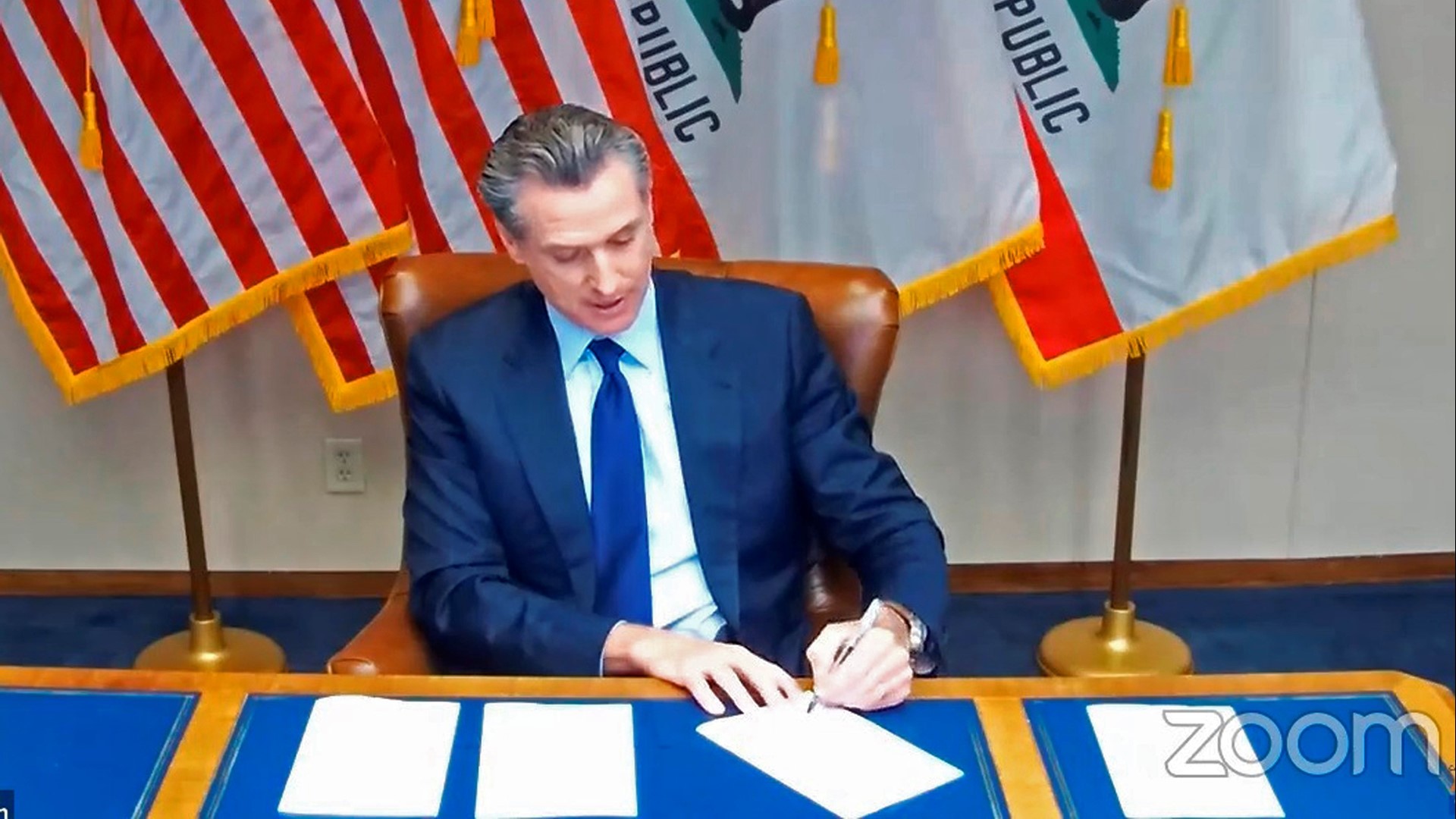 SACRAMENTO, California — Christi Ketchum said her family’s story in California began with her great-grandfather Huie Jackson in the 1940s.

“He had to leave his children in rural Georgia because he had an altercation with a white man and they felt like it was safer for him to leave in a padded wagon by himself, leaving his family and coming here to California to make a life for his family,” she said.

Ketchum thought of her great-grandfather when she learned Gov. Gavin Newsom signed a bill to create a task force to study and develop reparation proposals for African Americans. The proposal will include a special consideration for African Americans who are descendants of enslaved people in the United States, according to the bill.

Discussions about reparations for enslaving Black people in the United States and for subsequent years of racial discrimination have long been up for debate and consideration. In January 1865, a group of Black ministers met with Union leaders to find out what African Americans wanted for themselves as free people. From this meeting came General William T. Sherman’s Field Order No. 15, which redistributed 400,000 acres of land from Charleston, S.C., to the St. John’s River in Florida to newly freed slaves. But later that year, President Andrew Johnson returned the land to its former Confederate owners.

Nearly 125 years later, former Rep. John Conyers Jr. introduced H.R. 40 with the aim of creating a commission to study and develop reparation proposals. Conyers continued reintroducing the bill up until his death in 2017. Last year, the U.S. House Judiciary Subcommittee on Constitution, Civil Rights and Civil Liberties held a hearing on slavery reparations.

Cassandra Jennings, president and CEO of the Greater Sacramento Urban League, said reparations for African Americans is an important and timely consideration.

“Signing AB 3121 is a very progressive effort towards economic equity, which is long overdue in our country's role in slavery and economic and class benefits afforded to this day,” Jennings said.

Jennings said talking about reparations can make for uneasy and complex conversations, but with education, research and open discussions being prioritized, hopefully those in doubt will come around to the idea.

"What about all that history? What about slavery? What about the economics and the businesses that had gains because of slavery? Once we can really talk about real history, then I think reparations is certainly on the table.

“When we think about the history of the conversation around reparations, it’s directly connected to chattel slavery,” Moore said. “Folks will say California legally on paper was a free state by 1850...but it paints a falsehood about California and its ownership with slavery.”

Moore said there is evidence that California participated in chattel slavery by holding “live auctions and selling other human beings for profit.” Following George Floyd’s death and the accompanying protests nationwide, big companies began donating money to social justice causes. But Moore wonders “how much of the money is being dedicated specifically to Black lives mattering and not just being couched under a beautiful umbrella of social justice.”

“I’m wondering how California’s companies and industries are going to atone and acknowledge, and if they are going to acknowledge how they got their start, from using human beings to financially benefit them,” Moore said.

It’s unclear at this point what kind of proposals will come out of California’s task force. The Brookings Institute recommends descendants of enslaved Black Americans receive free college tuition, student loan forgiveness, down payment grants, and small business grants as a form of reparations. A report from the Roosevelt Institute says reparations for African Americans could cost the U.S. government $10 to $12 trillion.