A federal criminal defense attorney weighs in on the ethics surrounding PG&E making political campaign contributions with a felony convictions. 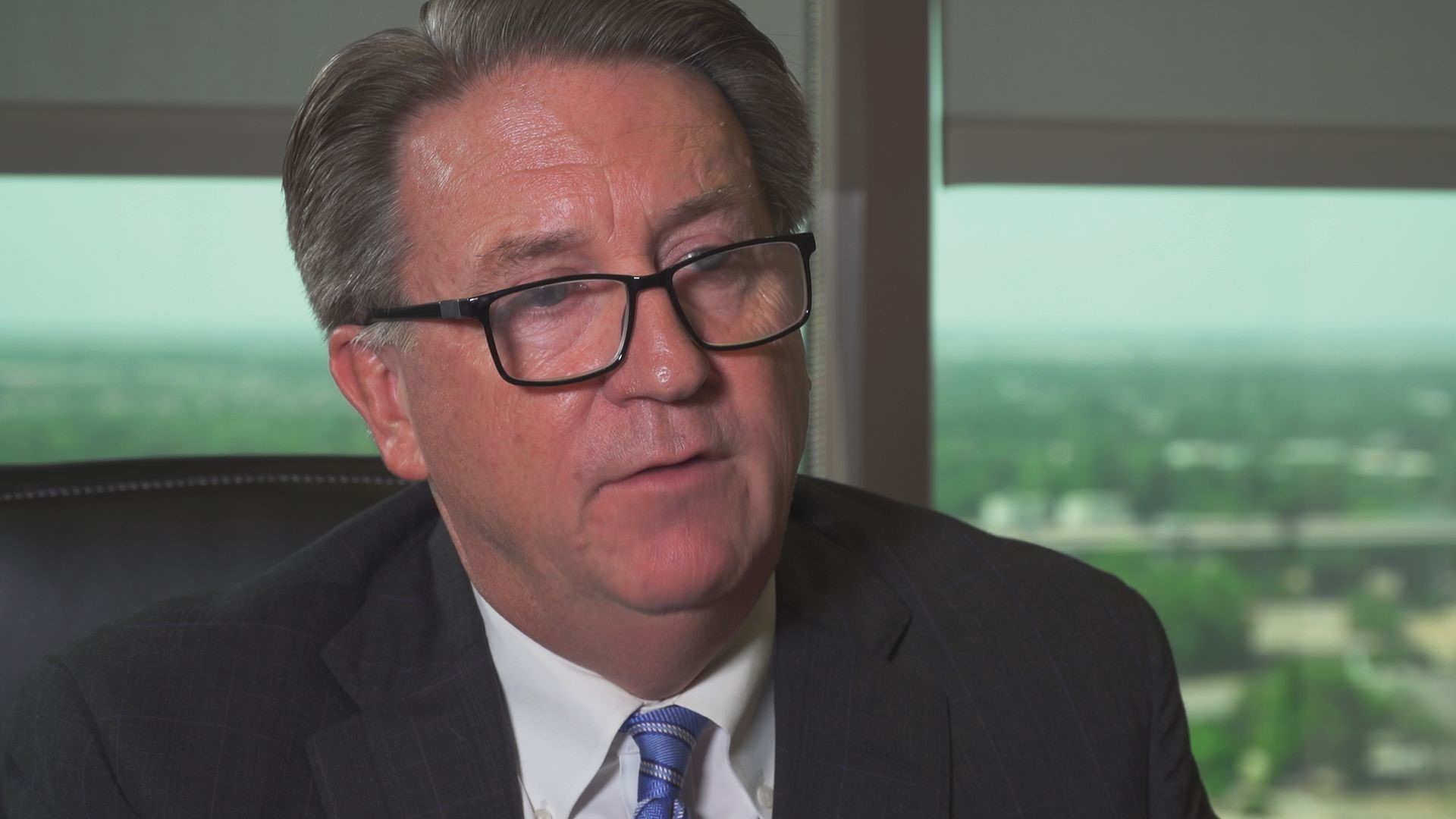 SACRAMENTO, Calif. — EDITOR'S NOTE: This article is part of the ABC10 Originals project FIRE - POWER - MONEY, a documentary series that breaks down California’s wildfire crisis into its core elements. In three episodes, we expose the reasons wildfires are deadlier than ever, how PG&E influences our politics despite felony convictions and being blamed for starting fires that killed 107 people, and what it’ll cost to pay for the damage and make California safer from fire.

The campaign contributions came after the company was convicted of and on probation for multiple felonies for its involvement in deadly San Bruno Fires in 2010.

The political campaign contributions are not illegal but we spoke with an attorney about the ethics behind such contributions.

Thomas Johnson is a federal criminal defense attorney working in the Sacramento, California area. He represents individuals and businesses who have been indicted for federal crimes and is a former United States prosecutor for the Eastern District of California.

ABC10 sat down with Thomas at his office on the 25th floor of the Wells Fargo Building along the Capitol Mall in downtown Sacramento.

Question:
Is it legal for convicted felons to contribute to campaigns of politicians?

Answer:
“It is legal for… For an entity like PG&E to, to donate to politicians even now. There’s nothing inherently wrong with PG&E’s donation to a politician unless that donation is specifically tied to official action.”

Question:
Setting the law aside. What are the ethics in terms of politicians, elected officials, accepting campaign contributions?

Answer:
“Well, certainly any… representative of - for instance from congress, from the senate, or in the state legislature - is going to be very careful about taking money from PG&E. They’re going to want to make sure that PG&E is doing its job as a public utility to protect the citizens of California. You would hope that the politicians would first and foremost be thinking about the… citizens of California. Can they ignore PG&E? Can they ignore contributions from PG&E? Should they? I think that goes a step too far, but, certainly, they’re going to take a very long look at what they’re receiving from PG&E and for what purpose.”

Question:
Knowing that PG&E remains on probation and that the judge could essentially change the terms of the probation at any point, have you seen at any point in your career, a time where a judge would make a ruling that someone could not donate to a campaign?

Answer:
“Yea, I haven’t seen that. It would be very unusual. You would have to think that the judge by making that order - that they couldn’t make a donation - was of the belief that the entity... like PG&E was doing that for the specific purpose of receiving an official favor.”

Question:
“How long do you think PG&E will remain in the spotlight as being this controversial… business in California?”