Faced with dying Californians and withering businesses, Gov. Newsom steers a middle path. Can it last?

About 97% of Californians live in counties where schools are not allowed to reopen, and where indoor malls, gyms, churches and hair salons are shuttered. 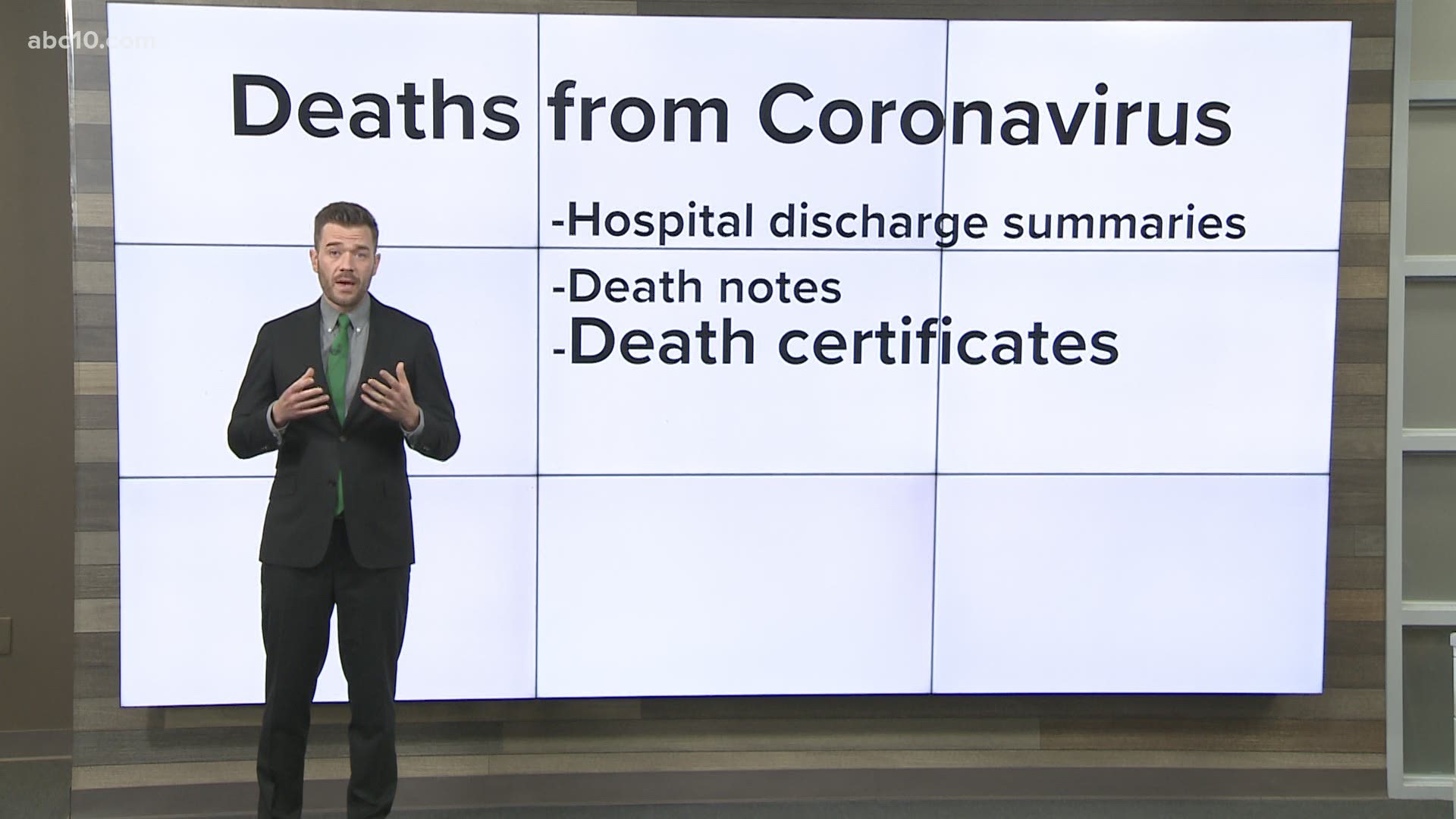 SACRAMENTO, Calif — Californians could be forgiven for feeling like we’re running in place.

Three months after Gov. Gavin Newsom began easing the stay-at-home order meant to curb the coronavirus pandemic, the virus is raging — and the vast majority of residents are back to living under major government restrictions.

About 97% of Californians live in counties where schools are not allowed to reopen, and where indoor malls, gyms, churches and hair salons are shuttered. Across the state, bars have been ordered to close, and restaurants and movie theaters are barred from serving customers indoors. Unemployment is worse than it was at the peak of the Great Recession.

And yet, with infections and deaths rising dramatically this summer — more than half a million Californians have been sickened with COVID-19, and the state’s average daily death toll doubled between June 1 and Aug. 1 — Newsom is under pressure from some quarters to restrict activity even further.

“We are in this in-between mode,” said Kirsten Bibbins-Domingo, chair of the epidemiology department at the University of California, San Francisco medical school.

“We are in a shutdown, so you can’t imagine we are going to shut down more. But on the other hand, we are not shut down enough to get the viral transmission under control.”

Worked with the talented ⁦@Erica Yee_⁩ to illustrate how ⁦@GavinNewsom⁩ is managing the pandemic — this is just a screenshot, see the story for the interactive version https://t.co/tngLsNTdKC pic.twitter.com/4zFQYabd41

The Democratic governor — who this spring enacted the nation’s first statewide stay-at-home order and earned plaudits for keeping infection rates relatively low — later deferred many decisions to local officials and loosened his criteria for reopening in the face of pressure from businesses. That led some counties to begin allowing businesses to reopen without the volume of testing and contact tracing that health experts — and even Newsom himself — said was necessary to prevent outbreaks.

Now he is embracing a middle-ground approach — stricter than many states (like Florida and Georgia, which don’t require masks), but not as strict as others (such as New York and New Jersey, which are quarantining visitors from areas with significant outbreaks).

“At the moment, based upon the progress we have made, we feel we can get our arms around this in a judicious way,” Newsom said Monday, after presenting data that offered a small glimmer of hope.

The numbers seemed to show that the average count of new daily cases had declined by 21% over the last week, and that COVID hospitalizations were down 10% over the last two weeks. Yet even as he highlighted a few “encouraging signs,” Newsom was quick to acknowledge that it’s too soon to know if the dip was the start of a long-term improvement.

“One week does not make a kind of trend that gives us confidence to generate headlines,” he said. “We are looking forward to that, and we’ll need to see another few weeks of this kind of data to come in, to feel more confident about where we are as a state.”

A day later, state officials put a damper on Newsom’s good news, reporting that a data snafu may have made it appear that California experienced a drop in cases that didn’t actually occur, though they could not say how large the undercount was.

The overall trendline this summer remains alarming, with cases growing in the weeks after the state allowed more activities to resume. Even though Newsom has said that was expected, he’s found himself in a morbid volley, easing restrictions throughout May and early June, then clamping down again throughout the end of June and July.

“The unfortunate reality is the shutdown should have been a little bit longer and the reopening should have been a lot more cautious,” said Bibbins-Domingo, the UCSF epidemiology chair. “Once we allowed for a lot of variation and political pressure in reopening, without the precautions, it set the stage for what is a much more challenging political environment where you are ping-ponging back and forth between restrictions and trying to loosen up.”

In a telling turn of fortunes, the governor who was once praised for imposing a lockdown before any other state now finds himself in a position where Californians cannot travel to the New York area without being quarantined.

Polling shows Californians think the state reopened too quickly, with 61% telling the Berkeley Institute of Governmental Studies that restrictions didn’t last long enough. And state residents are not feeling any better about the pandemic this summer than they were in its early days this spring. About eight in ten Californians said in July that their life has been disrupted by the pandemic — almost the same number who reported that feeling in April, according to the Public Policy Institute of California. The same poll found that the portion of Californians worried they or their family will get sick from the coronavirus, or concerned about the pandemic damaging their personal finances, had barely changed from April to July.

“We have this quagmire: We have neither a healthy public nor a healthy economy. We’re in a situation where it’s not safe to open further but nobody feels there is enough justification to close down again,” said state Sen. Steve Glazer, an Orinda Democrat who has been pushing Newsom to put California back under a stricter shelter-in-place order.

“The sooner we make those harsh restrictions to limit the spread of the virus, the sooner we can get our economy back and get our kids back in classrooms.”

Glazer’s view has been echoed by the Sacramento Bee editorial board, which said Newsom’s current strategy is “resulting mostly in failure and death.” And it’s in line with a chorus of health professionals who have been urging national leaders to lock the country down.

“Non-essential businesses should be closed. Restaurant service should be limited to take-out. People should stay home, going out only to get food and medicine or to exercise and get fresh air,” dozens of doctors and researchers wrote in a recent open letter to America’s governors and President Donald Trump, a week after delivering the same letter specifically to Newsom.

Once the virus is contained by a harsh shutdown, they wrote, cities should only open back up when there are enough tests, contact tracers and protective gear to keep the spread in check.

But Newsom also faces pressure from the other direction — not only from conservative activists who mounted a “Let us work” billboard near his home — but also, indirectly, from people like Lorraine Salazar. The owner of three Mexican restaurants in the Fresno area, Salazar said she employed 170 people before the pandemic began. She furloughed 120 of them in March when stay-at-home orders forced her to switch to a take-out only format.

Salazar worked with other businesses in her area to advocate for a speedy reopening, which local officials successfully sought from the state. She reopened her dining room in early June with new glass partitions to separate booths, half the tables blocked off to ensure social distancing and a staff trained in new safety procedures.

“It was important to us that we opened right,” Salazar said. “The public had to know we were a safe and sanitary place to dine.”

But her restaurants served up their tamales, fajitas and carne asada for just four and a half weeks before the next government order required shutting indoor dining rooms. Now, only allowed to serve take-out and seat customers outdoors, Salazar has about 65 employees. And she feels frustrated that restaurants are the target of so many government restrictions, when they already undergo routine health inspections.

“They have not contact-traced (outbreaks) back to restaurants, so why can’t restaurants safely reopen?” she said. “We are all doing the protocols.”

The experience in other countries shows that lockdowns are one cure, but not the only way to beat the pandemic. China and Italy controlled the virus with lockdowns stricter than California’s. Hong Kong and South Korea contained it without massive shutdowns — but with much more testing, contract tracing and quarantining than has been available in the U.S.

The balancing act Newsom seems to be striving for is common in politics. Leaders often try to appease as many people as they can while taking actions they know will alienate some. Newsom demonstrated, in his first year as governor, an ability to forge a middle path and bring warring factions together on long-simmering debates over charter schools, policing and rent control.

But a middle-ground approach may not work when it comes to science. And that leaves Newsom facing no good options in carving a path out of the pandemic. He could put more livelihoods at risk if he shutters more businesses, and more lives at risk if he loosens controls.

“There is politics everywhere: You either get the politics of restricting movement again, or the politics of a high death count,” said Juliette Kayyem, who was an assistant secretary for homeland security under President Obama and is now on the faculty of Harvard’s Kennedy School of Government.

“Neither is good. But one is unconscionable.”