California has a giant surplus—of ideas for new taxes. What’s up with that?

California has more than $21 billion in its coffers, but lawmakers are still proposing more taxes on things like soda, dialysis, firearms and more. 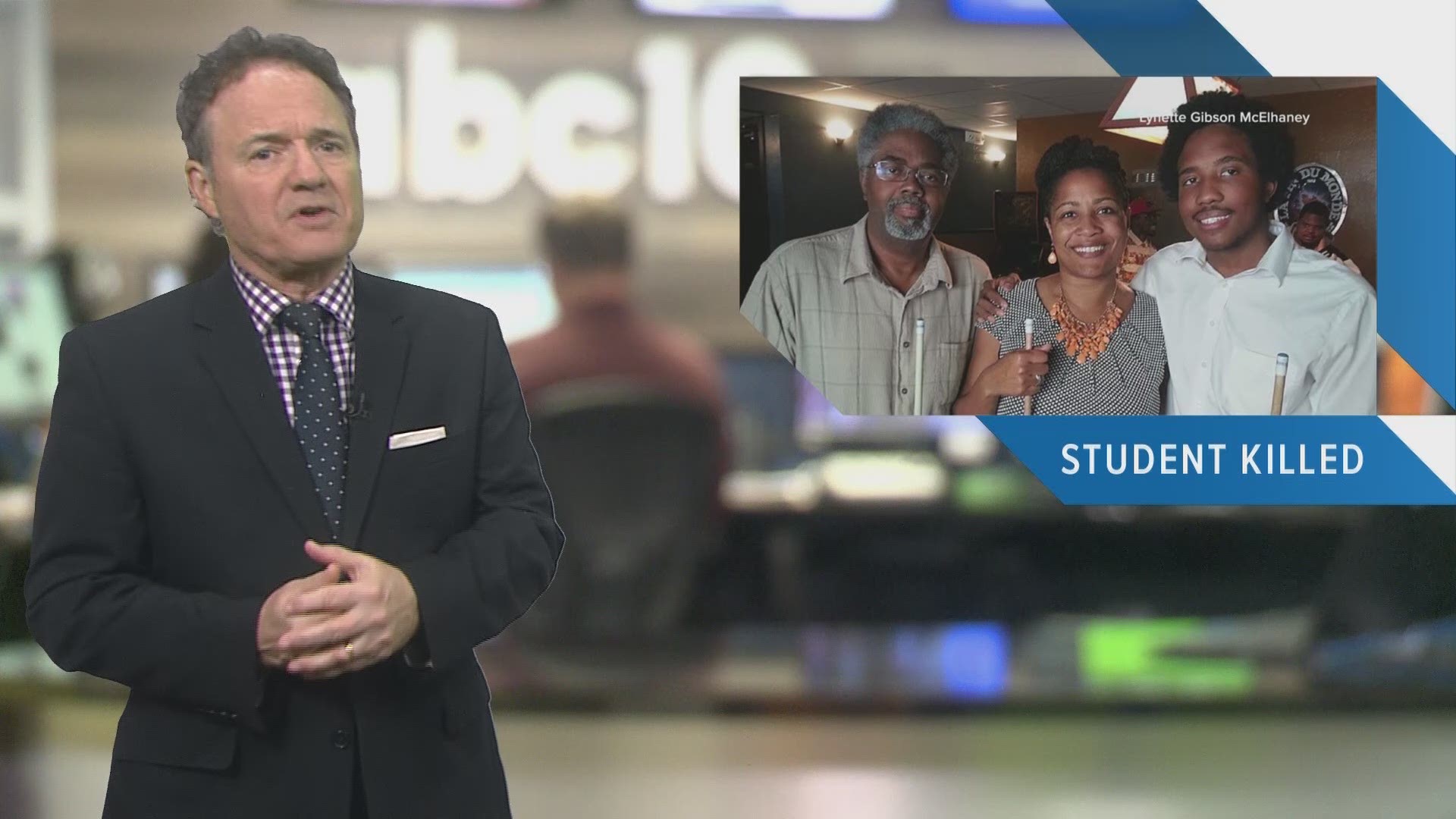 SACRAMENTO, Calif. — California is enjoying a projected $21.4 billion surplus. Three-quarters of the state believes any new revenue increase should be for voters to decide.

By population and percentage of personal income, this state already has the nation’s 10th highest tax burden. And the leader of the California Senate, Pro Tem Toni Atkins, has pointedly cautioned against any more levies that take cash out of the pockets of working families.

In short, California lawmakers needn’t look far for an excuse to avoid raising taxes. Whether Atkins’ fellow Democrats got the memo, however, isn’t clear.

Proposals this legislative cycle alone have included—so far—a soda tax to fight obesity, a tire change tax for stormwater cleanup and a drinking water tax to clean up toxic wells. Also a firearms excise tax, an oil and gas severance tax, and a fee on dialysis centers. Also an increase in lead-acid battery fees.

There is, to be sure, some high-profile tax relief in this year’s record 2,628-piece pile of proposed legislation: Diapers, tampons, and pot have all been put forward for potential tax cuts.

But the proposed hikes pose the real challenge to legislative leaders such as Atkins, who remember all too clearly the statewide backlash to the 2017 gas tax increase.

“Many proposals have been put forward by the governor and by individual legislators,” she said as this year’s session started. “All will be appropriately reviewed through our policy and budget process. But one thing is clear, now is not the time for any major broad-based new tax increases on lower- and middle-income families.”

Democratic operatives say there’s no grand strategy for raising taxes even as Republican lawmakers labeled it #taxifornia. But the drumbeat of targeted tax and fee proposals comes after eight years of former Gov. Jerry Brown’s emphasis on fiscal restraint.

Brown kept a tight rein on the state’s purse strings with the power of his veto, campaigning more selectively for a sales and income tax hike and encouraging the state’s teachers’ unions to stump for extended income taxes on the wealthy if they wanted more school funding.

“I think a lot of these folks are like, ‘Hey, man, we’ve had a Democrat tell us no, now we have a Democrat who we think is progressive and we want him to tell us yes,’” said Andrew Acosta, a Democratic political strategist in Sacramento. “But the reality is, how many things are California voters going to say yes to?”

The challenge for Newsom and legislative leaders is to say no if they hope to raise significant revenue to fund such ambitious goals as universal health care, universal preschool and improved K-12 funding. Newsom released a $209 billion budget in January and has lofty goals to combat homelessness, expand affordable housing, make college cheaper, and pay down pension debts.

“Having to vote on an endless series of taxes is political malpractice,” said Steve Maviglio, a Democratic consultant who is fighting the soda tax at the behest of the soda industry. “I think leadership recognizes that and they’re trying to tamp down expectations because that’s the most difficult vote they can take.”

The Democratic legislative leaders–Atkins and Assembly Speaker Anthony Rendon–now preside over a super-duper majority in both houses. The 80-seat Assembly has 61 Democrats, and the 40-seat Senate has 28 Democrats, far more the two-thirds needed to approve a tax hike.

On the surface, that should make passing taxes easy. But not all members are free to tax liberally.

Josh Newman was recalled from his Orange County state senate seat last year for his aye vote on a bill to raise California’s gas tax by 12 cents per gallon and increase diesel fuel taxes by 20 cents per gallon to fund road repairs and public transit.

Republicans funded an effort to repeal that gas tax in November and even though the initiative failed statewide, it carried in eight Democratic Assembly districts and one Democratic Senate district, according to Rob Pyers, research director at the California Target Book.

At least one Democrat from a newly flipped district is already rejecting the governor’s push for a 95-cent monthly water meter fee to help clean up contaminated drinking water in the Central Valley. The bill, SB 200 by Sen. Bill Monning of Carmel, also calls for taxing fertilizer and dairy production, which contribute to unsafe drinking water in the region.

“I think that there are other approaches that I would like to see us explore that I think would be more effective,” said Orange County Assemblywoman Cottie Petrie-Norris at a recent event hosted by the Sacramento Press Club.

While many of the taxes and fees being proposed are targeted for public health or environmental benefits, they are not enough to fund the Democrats’ most ambitious programs, such as universal health care and a cradle-to-career approach on education.

Anthony Wright with Health Access California, a statewide consumer health care advocacy group, said the state could invest $5 billion to achieve universal health coverage by expanding the state’s Medicaid program, known as Medi-Cal, to low-income residents regardless of their immigration status and by offering bigger subsidies to working families to purchase coverage through Covered California, the state’s health insurance exchange.

So far, Newsom is proposing a limited expansion of Medi-Cal coverage to young adults ages 19 to 25 regardless of their legal status. The state currently covers children from poor families. He’s also supporting a state individual mandate to provide insurance subsidies but that plan would only generate an estimated $700 million.

“It would take some general fund investment but it’s in the realm of not just aspirational, but achievable,” Wright said.

Split roll on the horizon

Currently, the only measure on the 2020 ballot that would bring in a significant new stream of revenue is the Schools and Communities First initiative, which would assess commercial and industrial property at market value to bring in between $6.5 billion and $10.5 billion a year for schools and local governments.

But Californians are divided on the so-called split roll change to Proposition 13. According to the Public Policy Institute of California, less than half (47 percent) favor it, 43 percent oppose and 10 percent don’t know.

"Majorities of Californians continue to say that Proposition 13 has been a good thing for California, while the split roll property tax reform draws mixed reviews across party lines,” said PPIC president and CEO Mark Baldassare.

Helen Hutchison, president of the League of Women Voters of California, which is supporting the initiative, is casting the measure as closing a tax loophole on a small number of businesses that have held onto property for decades. Think Disneyland and Chevron.

She views the tax proposals in the Legislature as complementary.

“I actually think it’s positive that we have a focus on taxes and fairness,” Hutchinson said. “We can be another piece of what the Legislature is trying to do.”

If supporters can sell that to voters, it would reap new ongoing funding for schools and local governments and help insulate against the volatility of the stock market at the state level.

What is the tax strategy?

Unlike Brown, Newsom is open to entertaining the idea of updating California’s tax system, which is outdated and prone to boom and bust cycles. He spoke about the possibility when unveiling his January budget and his chief of staff, Ann O’Leary, said at a recent PPIC talk that although it’s early still, policymakers will have to think hard in order to secure stable funding for education.

Los Angeles-area Sen. Bob Hertzberg, who has been among the Democrats leading the charge on tax reform, has a placeholder bill in SB 522 if the governor entertains broad tax policy changes.

But Brown has left Newsom in a difficult corner, says former Assemblyman Mike Gatto. Brown already passed taxes during his final two turns as governor and even though he could have tried to negotiate a wholesale restructuring of California’s manufacturing-based tax code to better reflect today’s service economy, he declined to tackle it on his way to retirement.

“I could not think of anybody in this state except for Jerry Brown and the fact that he shirked that shows how difficult it is. And it’s also a disappointment, frankly,” Gatto said. “I give major props to Mr. Newsom in that he has not shied away from these discussions. He’s got something Jerry Brown never really had, which is optimism. And sometimes optimism can get you pretty far.”

A  bill introduced to the California state legislature would set penalties of $200, $500, and $1,000 for violations of selling fountain drinks that hold more than 16 fluid ounces.