California is home to the nation's largest Asian population at more than 6 million people. 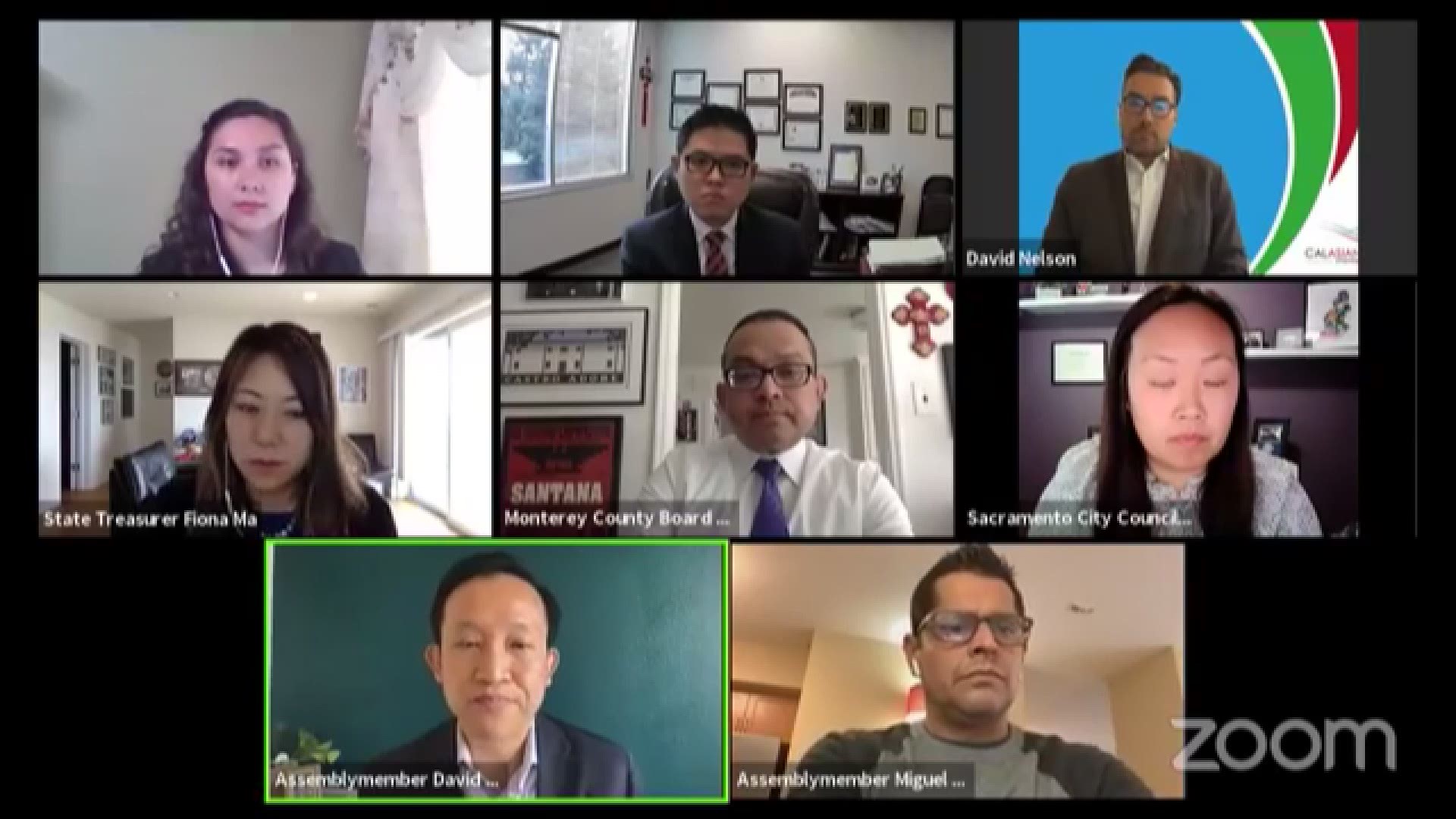 They said at a Wednesday news conference that it's critical to have a top law enforcement official who understands and will combat rising anti-Asian violence.

Newsom, a Democrat, will appoint the state's next attorney general if Xavier Becerra is confirmed as the federal health secretary.

"This must be an inflection point, enough is enough, thoughts and prayers are not enough," Assemblymember David Chiu (D-San Francisco) said.

California is home to the nation's largest Asian population at more than 6 million people. Democratic Assemblyman Rob Bonta of Oakland, who is Filipino, is considered a top contender for the job.

"We have to do better as a state and we can do better by ensuring we have an attorney general that understands the lived struggles of our community, of Asian American Pacific Islander communities on the ground," Vang said.

Tuesday's attacks in Atlanta happened the same day new data was released from the Stop AAPI Hate organization, which shows there were nearly 3,800 documented hate incidents against this community during the pandemic, a 150% increase since last March. They say, nearly half of which happened in California.

"It was his reference to the China virus, to the Kung flu, to other ridiculous claims that clearly tied this narrative about how this pandemic arrived and who was to blame for it to the Asian American community," Huang said.

And while we don't know how many of those 3,800 attacks have actually been prosecuted, in order to stop these crimes from continuing to happen, Huang also believes new leadership is necessary.

"It's really clear to me that these incidents are not being taken seriously by law enforcement or law enforcement is unable to investigate and prosecute them and that raises a lot of questions for the AAPI community," she said.

WATCH NEXT: As signature collection ends, California heads toward recall

A months-long review gets underway to determine if and when the election will get on the ballot.