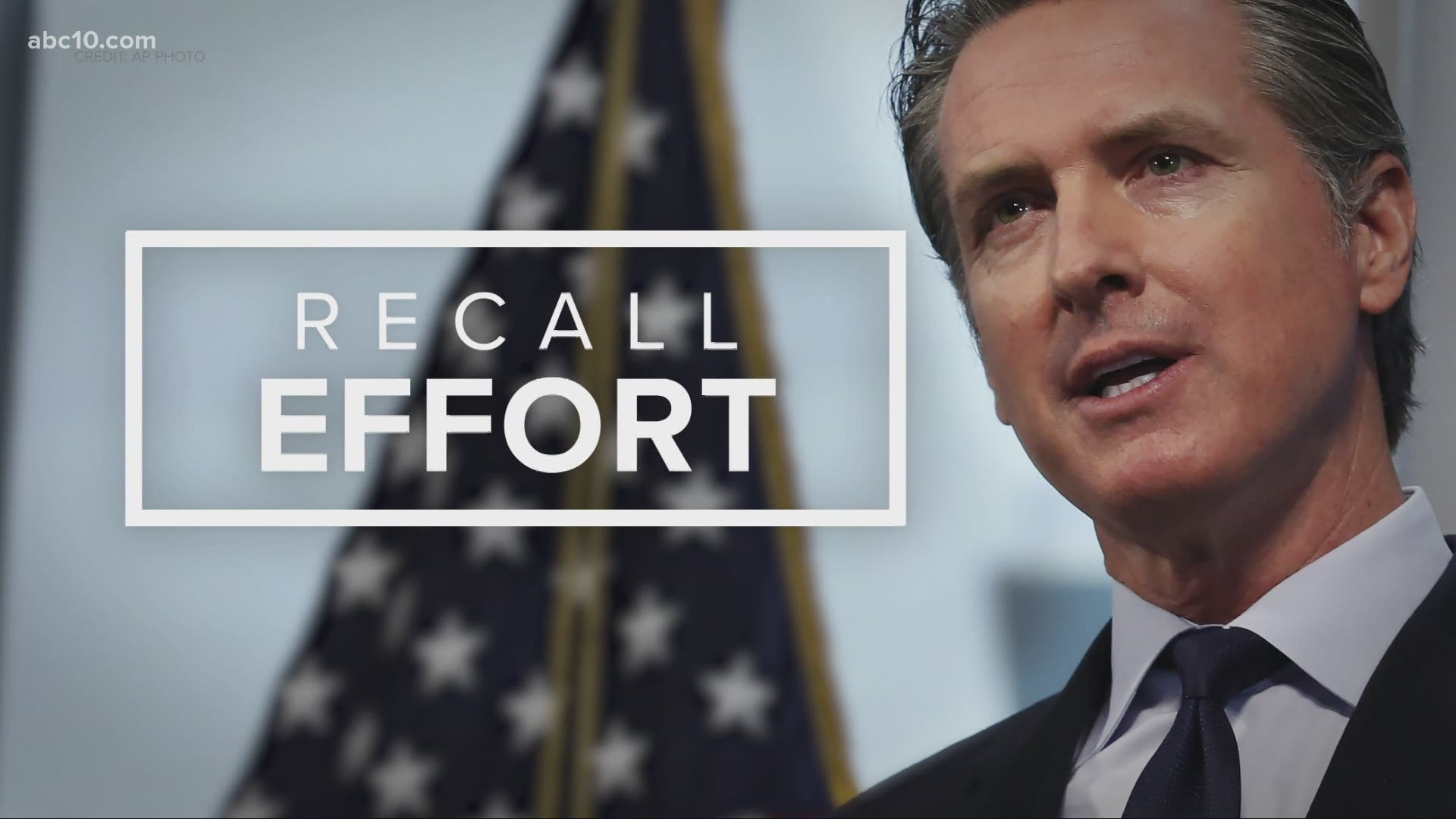 California's Secretary of State released the list of 41 names who will be on the Sept. 14 ballot on Saturday, July 17. About 70 candidates initially filed a statement of intent to run with the secretary of state, according to Ballotpedia.

Left off the list was conservative talk radio host Larry Elder, who says he should be on the list of candidates released, but state officials say he submitted incomplete tax returns. Candidates must submit returns from the five most recent taxable years. Elder tweeted late Sunday he may sue to get on the ballot.

Former San Diego Mayor Kevin Faulconer, who was twice elected mayor of Democratic-leaning San Diego and left office last year, is in dispute over whether he can be listed as the city's retired mayor. He was an early entrant in the recall race and has long been seen as a potential statewide candidate, given his centrist credentials in strongly Democratic California.

The election is scheduled for Tuesday, Sept. 14.

READ MORE ABOUT THE UPCOMING RECALL ELECTION FROM ABC10: