On Oct. 5, Joe Sutton of West Sacramento received two ballots in the mail: one for him & one for his wife, Barbara Ann Hall. The problem is, Barbara died in 2019. 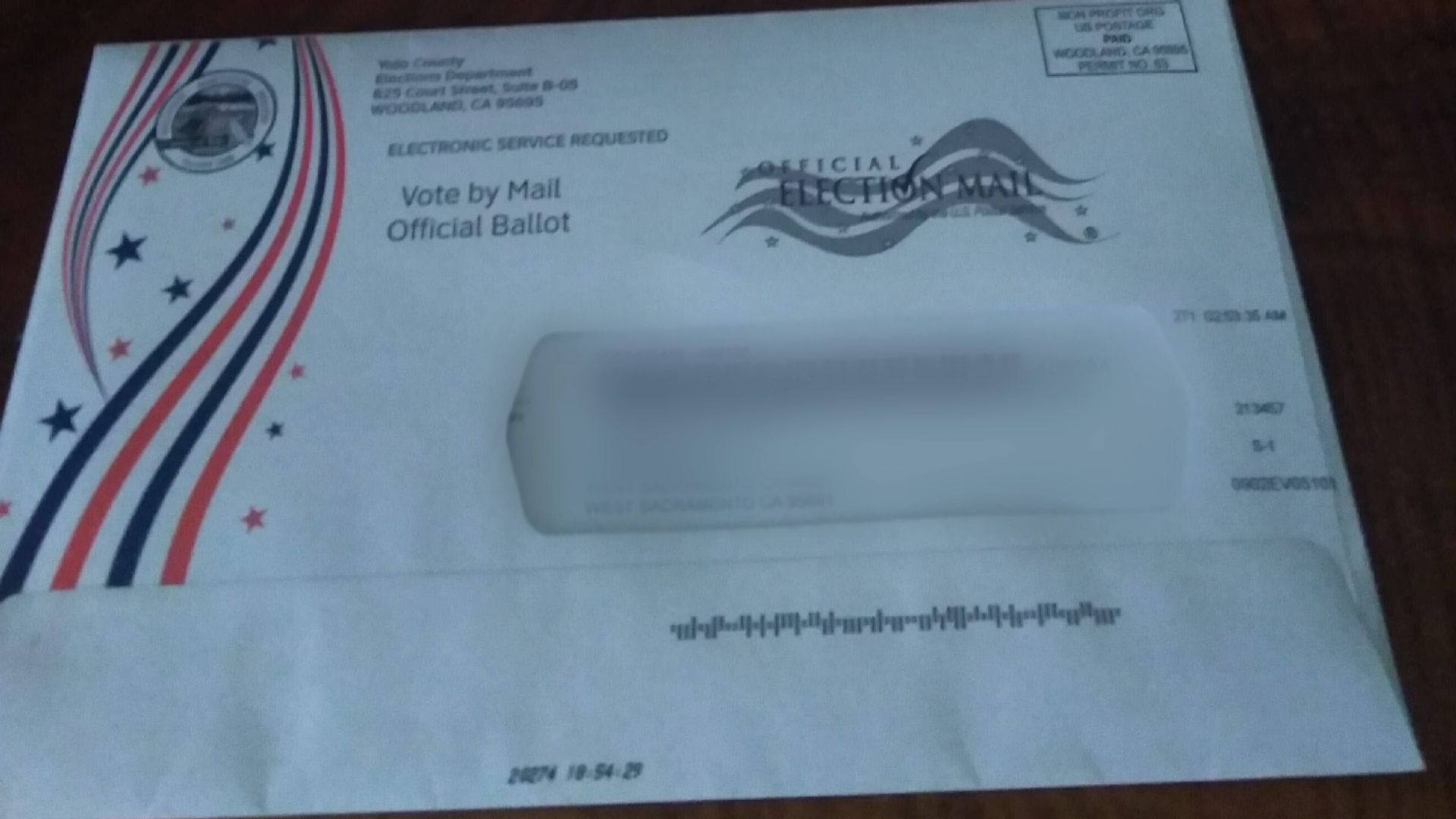 YOLO COUNTY, Calif — This year, because of coronavirus concerns, all registered voters in California received a vote by mail ballot automatically, even one Yolo County woman who died before the pandemic started.

On Monday, Oct. 5, Joe Sutton of West Sacramento received two ballots in the mail: one for him and one for his wife, Barbara Ann Hall. The problem is, Barbara died on December 30, 2019, according to her death certificate.

"I wasn't really surprised that I got the ballot," Sutton said.

He said he still gets a lot of mail for his late wife. He expected the office of the Yolo County Registrar of Voters to have updated its records by now.

According to the Secretary of State's office, local coroner's offices are required by law to send death notices to county elections officials so they can remove that person from the list of registered, eligible voters. But Sutton said he had a bigger concern: what do to with the ballot.

In a historic election year, he doesn't want the ballot to get into the wrong hands.

"I throw it away, well someone else might get it and vote. I'd rather burn it," he said.

The California Secretary of State's office recommends marking the ballot as "voter deceased" and returning it to local elections officials so that voter registration rolls can be corrected.

They also emphasized that it is a felony to vote the ballot of a deceased person, and elections officials will investigate and refer to law enforcement when they have evidence.

You might be wondering how this happened and if it's common. A spokesperson for the Yolo County Registrar's office said it processes deceased data as provided by the statewide database VoteCal, the Secretary of State’s office and local death records. They also rely on Address Confirmation cards and families to fill out these cards to alert the county if someone has passed away.

"Even with these typically dependable procedures, we sometimes on rare occasions, are still not notified when someone passes," Katharine Campos, program manager for the Yolo County Election Department, said. "For this reason, we also rely on family members to alert us when a person has passed away so that we can keep our voter database as up to date as possible."

Campos also noted that there are security measures in place to ensure no one returns a ballot that's not theirs, including "verifying the signature on every Vote-by-Mail envelope to the signature on file for that registered voter."