What happens to your ballot once you mail it or drop it off?

ABC10 took an inside look at what exactly happens to your ballot once you drop it off at a drop box or place it in the mail. 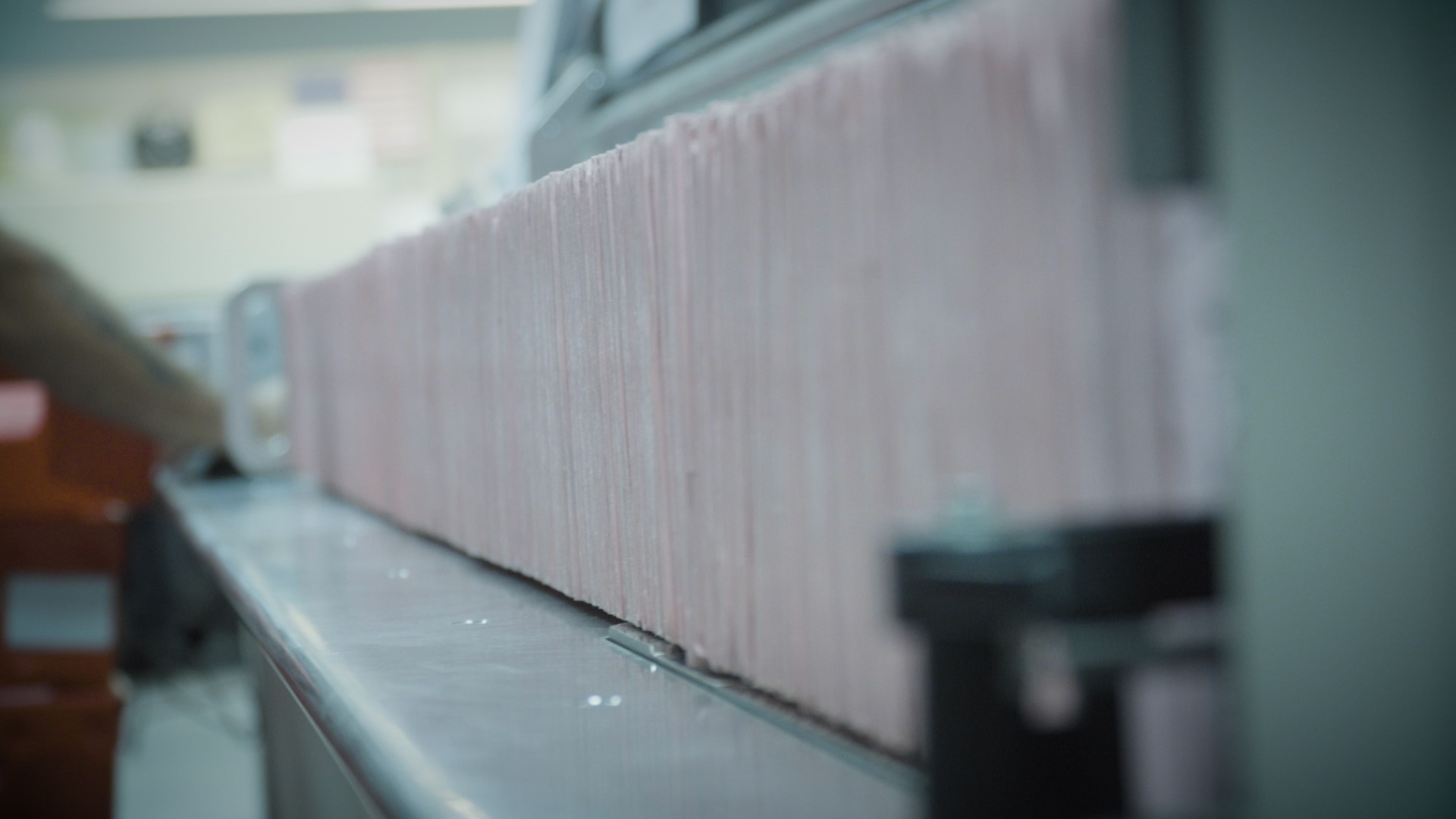 SACRAMENTO COUNTY, Calif — Thousands of Sacramento County residents have already cast their vote, just days after ballots were sent out.

Around 17,000 ballots were received as of Friday morning, with thousands more expected to arrive throughout the day, Sacramento County election officials said. The majority of these ballots have come through the mail.

This is a new record for Sacramento County. In our last election in March, after the first week only 500 ballots had been received.

But what happens after you either mail back your ballot or drop it in a drop box?

RELATED: Here are all the important voting dates you need to know for the 2020 election

If you drop it off at a drop box, it drops into a serialized bag. Following the California Secretary of State's protocol, the elections office has designated teams that go out and pick up the ballots. They take, lock, and secure the bag while also scanning the serial number and signing for it. Because of the bag, ballots are never actually touched until they reach the elections office. The ballots always have multiple people with them at all times.

If you mailed your ballot, the United States Postal Service (USPS) will deliver it to the elections office.

From there, the ballots are trayed and checked by election officials to ensure they have a signature. The signature is key to ensuring your vote is counted. Every signature must match the one the elections office has on file from either your voter registration or the Department of Motor Vehicles which is what they used if you registered online.

But with hundreds of thousands of ballots, how does the team verify every signature? They get help from a specialized machine.

The ballots are run through a machine that reads each ballot's individualized bar code, takes a picture of every signature, and also weighs the ballots so there's no chance of two ballots being stuffed into one envelope.

The machine also sorts each ballot by precinct and can go through thousands in seconds. If signatures don't match, they'll be pulled for human eyes to verify and/or reach out to the voter.

After the signature verification, the ballot is prepared for extracting, processing, and tabulation.

While Sacramento County Elections Office hasn't started tabulating ballots yet, they plan to in the coming days. When they do, they'll be done on voting machines in a secure room that only six supervisors have access to.

"If we had to wait until election day to count hundreds of thousands of ballots, it'd be very difficult to get any results out. So this allows us to start counting," said Sacramento County Registrar of Voters Courtney Bailey-Kanelos. "But no one, not even me, knows those results. Those are held locally on the machines that are not connected to the internet, only held on a local server and we bring those together election night for the results release."

Sacramento County will get the results from the machines around 8 p.m. on election day, November 3, and promptly release their first results at 8:15 p.m. These results are from the early voters and mail-in/drop box votes. As results come in from in-person voting on election day, they'll be released in two-hour increments throughout the night with updates. Then, after election night, they will release the next set of results each Tuesday and Friday at 4 p.m. The elections office has until December 1 to verify all results.

That's why election officials are urging you to vote early.

"The earlier we get those ballots back, the earlier we'll have an idea on those preliminary election night results on what's going on," Bailey-Kanelos said.

She also mentioned that this is the first time they're seeing ballots be sanitized and microwaved due to COVID-19. She advised voters to not do this, as they're unsure what the effect on the machine will be and that each ballot was placed in its sleeve by machine, so they've not had human contact.

WATCH ALSO: Who fought for you to be able to vote?