The Golden 1 Center, the largest vote center in Sacramento County, is one of voting locations opening Saturday, October 24. 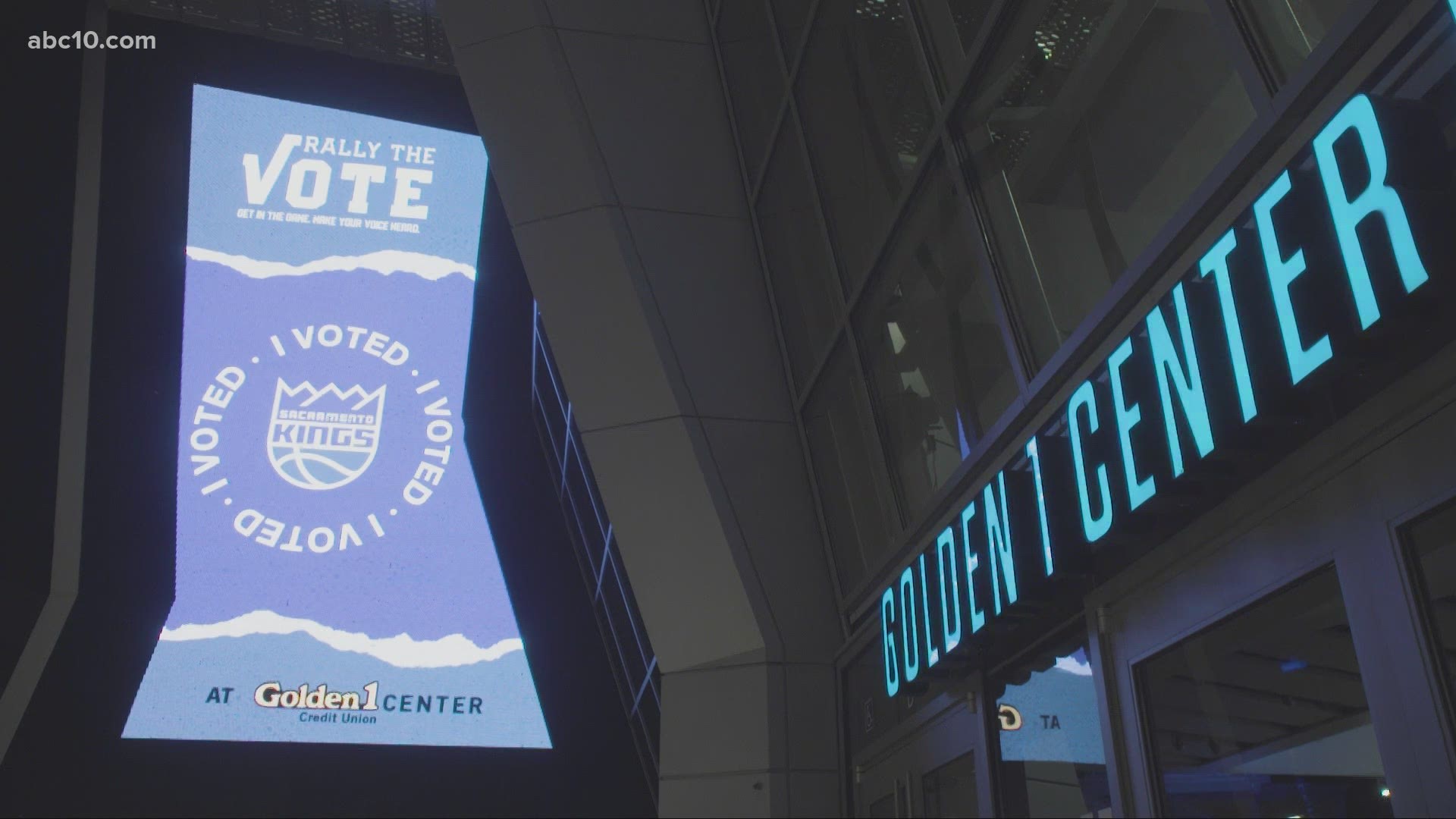 SACRAMENTO, Calif. — The Golden 1 Center is one of 18 vote center locations opening Saturday, October 24. It will be the largest vote center in Sacramento County.

"Yeah. We really think Golden 1 Center is the center hub for Sacramento County and our region. More than just basketball and events, and this is really one of those true examples of that where this building is going to be the center of our county for one of the most important days that we have in our history," said John Rinehart, Sacramento Kings President of Business Operations.

Rinehart said the Kings approached elections officials with the idea, becoming the first professional sports venue in California to announce plans to serve as a vote center.

The Kings have really paid attention to detail. Voters won't have to traverse any steps to vote down on the court. They'll vote at the main entrance and they've even created their own “I Voted” stickers, complete with Sacramento Kings personalization.

"And it's open for 11 days leading up to November 3 and including election day on November 3. We've got the setup for where people are going to come in at the grand entrance. We've got registration tables, and then socially distanced lines where people will come in and get ready to cast their ballot,” Rinehart explained.

"And I just can't thank the Sacramento Kings enough for providing us this great location and, of course, their staff as well, free of charge. In my wildest dreams I never thought we would have a location like this," Sacramento County Registrar of Voters Courtney Bailey-Kanelos said.

And with rope lines already in place, Bailey-Kanelos encourages voters to pack their patience.

"With seeing so many early voters throughout the nation we are expecting a good turnout. So, we do expect that there will be lines especially because we are enforcing social distancing," Bailey-Kanelos said.

And when the crowds return this time masks are encouraged, not required, and the parking is free in the Downtown West Garage

"Again, trying to make it as easy as possible for people to come and really exercise one of their most important rights as American citizens," Rinehart said.

WATCH ALSO: How do you ensure your vote gets counted? | Election 2020