Only 18% of Latinos, who represent almost a third of California's registered voters, have voted so far. 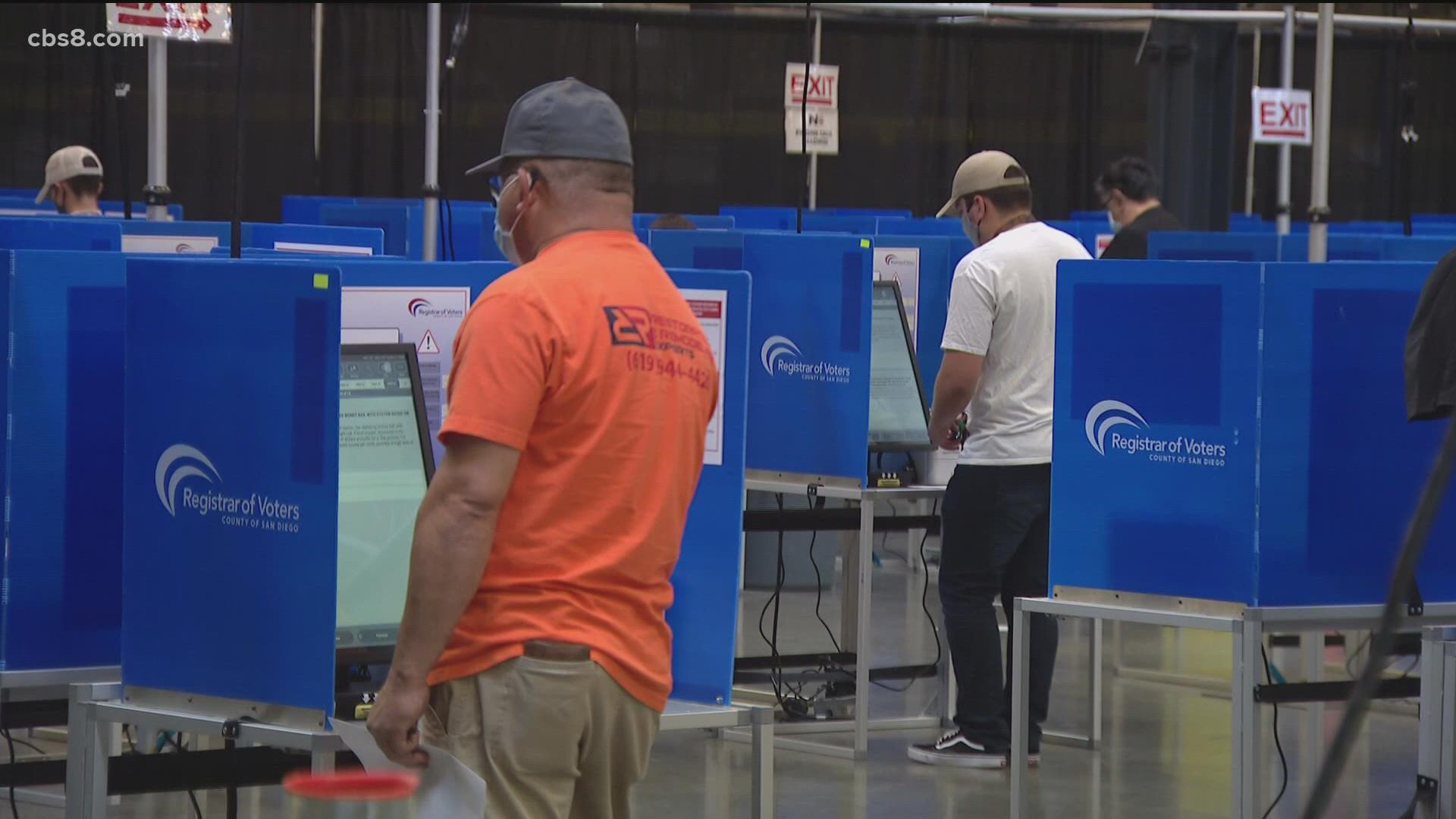 SAN DIEGO COUNTY, Calif. — With just one week to go before the recall election, nearly a third of all mail-in ballots statewide had been returned as of Tuesday.

However, one of California's most powerful voting blocs, Latinos, have so far not been voting in large numbers.

Earlier this summer, polls had indicated that Latinos were evenly split when it came to the recall question.

Now, though, according to the Public Policy Institute of California, 63% are opposed to recalling Governor Gavin Newsom.

However, the challenge for the Newsom camp appears to be convincing them to vote.

"It's not just about getting out the vote," Newsom said at a campaign event in San Francisco Tuesday. "It's about turning in the ballot."

Recent polling from Political Data Inc., though, shows that when it comes to turning in those recall ballots, only 18% of Latinos, who represent almost a third of California's registered voters, have voted so far.

In the 2018 gubernatorial race, Newsom had received support from two-thirds of all Latinos, showing the power of the Hispanic vote.

"We are a majority-minority state, in which the largest voting bloc is the Latino population and it is a large part of the Democratic coalition," said Will Rodriguez-Kennedy, chair of the San Diego County Democratic Party.

Rodriguez-Kennedy points out that Latinos have been disproportionately impacted by the pandemic, economically and health-wise, and that this off-season election may not be top-of-mind for a lot of working-class voters struggling to meet day-to-day demands.

"We can take from this lack of turnout at this point that both the 'no campaign' and the 'yes campaign' are likely not adequately reaching out to Latinos on Latino issues," he told News 8.

Both sides now seem to be making up for lost time, with Governor Newsom actively courted the Hispanic vote in the Bay Area, while the leading Republican contender in the recall race, conservative talk show host Larry Elder, has been targeting both Latino and African-American voters, especially when it comes to schools.

"Polls show that Black and Brown parents want choice in education," Elder said at one campaign stop this week.

"This is about sending a message that the Democratic party has largely abandoned Latinos," Romero said at a press conference for Elder last month. "We've been taken for granted."

The fact remains, though, that 58% of registered Latino voters likely to vote in the recall are Democrats.

Rodriguez-Kennedy said that in the coming week, the organized push to get out the vote will intensify.