The measure would allow cities throughout the state to pass rent control. Voters turned down a similar measure in 2018, but things may be different this year. 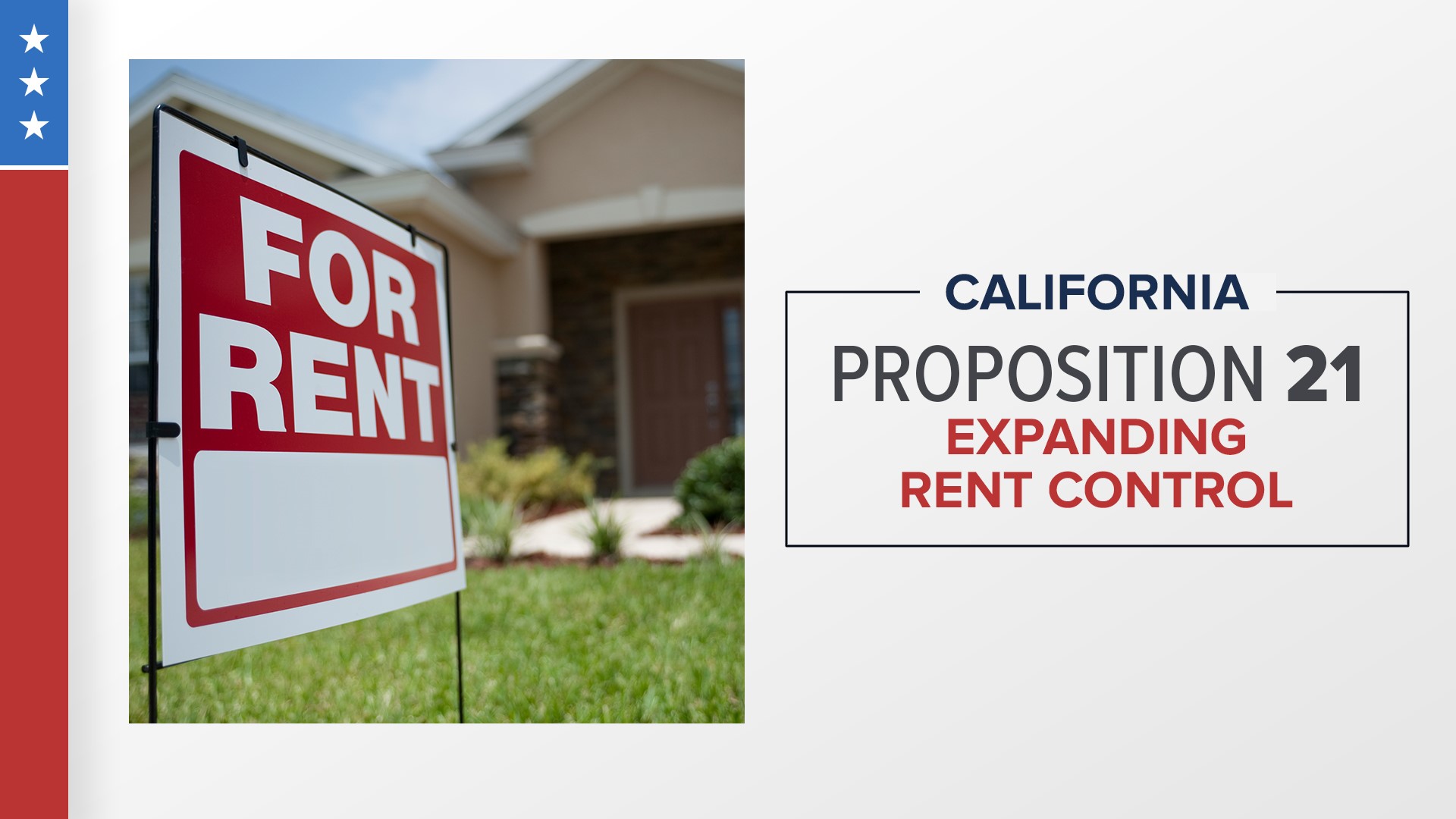 Voters rejected a measure that would have let California cities expand rent control.

Proposition 21 would have let cities limit rent hikes on properties that are more than 15 years old.

"No" votes led early and the lead expanded to 60%.

Opponents argued that the measure would have discouraged new home construction at a time when it's sorely needed.

Proponents contended the measure was an urgent attempt to slow spiraling rent increases.  A recent report said more than half of California's renters spend over 30% of their incomes on rent.

Proposition 21 is taking another stab at expanding rent control from the same campaign that tried it two years ago in the midterms. This time around, things are different with a slightly softer plan than what was previously introduced.

The lay, or law, of the land, is also different this year as well. Since the last time Californians voted on this, state lawmakers enacted a rent cap and Gov. Gavin Newsom signed it.

Rent can only go up 5% plus inflation each year on most rentals in California for the next decade. Apart from that, California only allows rent control at the local level.

Prop 21 would let cities and counties place rent controls on more properties, expanding on current state law. Your city council can already limit the rent, but only on units built before February 1st, 1995.

Here are the results of Prop 21 as they come in:

Prop 21 would cross that standard out-- and replace it with “15 years.” allowing rent control on homes at least 15 years old.

That means every year more housing units would qualify.

Another big change is that Prop 21 would undo the ban on rent control for standalone, single-family homes.

As a nod to mom and pop owners, Prop 21 would exempt landlords who own two or fewer houses, such as single-family housing and standalone condos.

State analysts point out the same thing they did last time: new rent controls would lead some landlords to sell the homes they own, reducing the supply of rental housing.

When you move out, it breaks any local rent control on your apartment. The landlord can charge the next people whatever the market will bear.

Governor Gavin Newsom is opposed to the measure, saying it would run the risk of discouraging low-income housing units in local cities.

Michael Weinstein, president of the AIDS Healthcare Foundation supports the measure, saying the amount of income being directed into rent is too much in the state.

What is the full name for Prop 21?

A yes vote on prop 21 enacts these expanded local rules for rent control.

A no vote keeps the current standards in place.

The original text of the proposition.

View the original filing sent to the state