A Board of Trustees candidate race was left off of over 2,200 voter ballots in San Joaquin County. In Yolo County, officials say some ballots had an incorrect race. 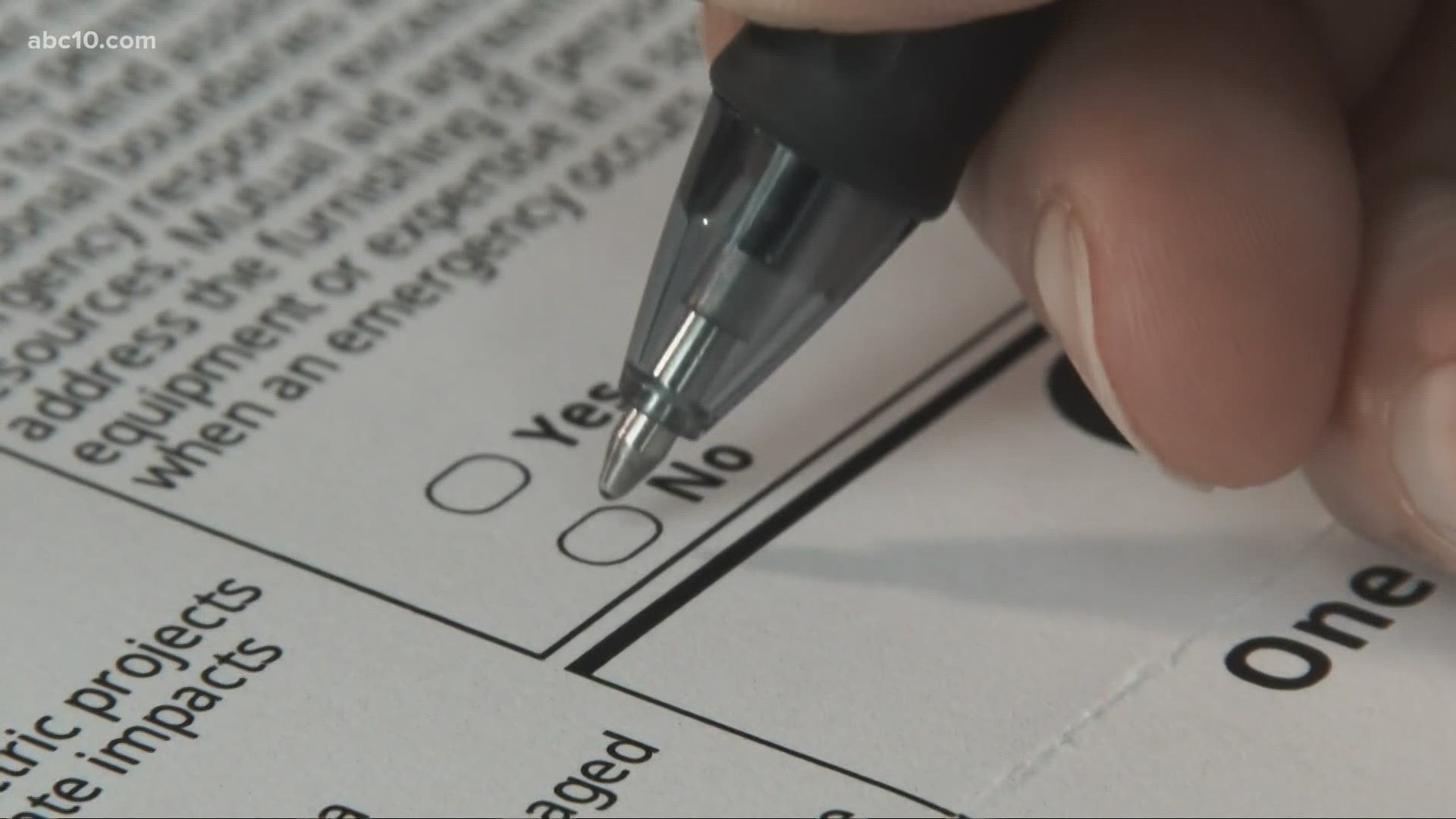 SAN JOAQUIN COUNTY, Calif. — Some voters in San Joaquin and Yolo counties may receive another ballot after the counties realized a race was left off of ballots previously sent out, and in Yolo County’s case, the ballot contained an “incorrect local race or measure.”

The error in San Joaquin County involves a Board of Trustees candidate race where 2,265 voters of the 51,000 voters in the San Joaquin Delta Community College District Trustee Area 2 (TA2) received a ballot that did not contain that contest, according to a statement from the county issued Friday.

"On October 5, 2020, you were mailed a ballot with an error which we want to immediately correct. The contest for San Joaquin Delta Community College District Trustee Area 2 was not printed on your ballot, and it should have been," said Melinda Dubroff, registrar of voters for San Joaquin County.

San Joaquin County is mailing replacement ballots that include the Board of Trustees candidate race. Voters have two options:

2. If you have already returned your original ballot, you can:

San Joaquin County officials said only one ballot will be counted and the registrar of voters has procedures and systems in place to prevent double voting.

"Strict measures have been implemented to ensure that, even if a voter submits two ballots, only one ballot will be counted. If a voter submits a replacement ballot, that will be the one that is counted," Dubroff said.

Replacement ballots can be sent through the United States Postal Service or dropped off at any Voter Service Center or Official Ballot DropBox.

“This error occurred due to a transitioning of data systems, where not all streets were correctly carried over into the appropriate precinct as expected,” a Yolo County spokesperson wrote in a press release on Friday. “Within hours of confirming a potential error, the Yolo County Elections Office determined the number of impacted voters and households and is implementing a plan to correct the problem.”

According to the elections office, new ballots and voter information guides will be expedited out to all affected voters, and will include a letter detailing the error.

Go behind-the-scenes in a California elections office to see how they count your vote. The Sacramento County elections staff opened up the entire process to us, including some of the steps they use to fix problems.