Governor Brown: Cpl. Singh's killing has 'nothing to do' with sanctuary state law

In an exit interview, California Governor Jerry Brown responded to criticism of the state's "sanctuary state" law, saying the death of Newman police officer Corporal Singh had "nothing to do" with the law. 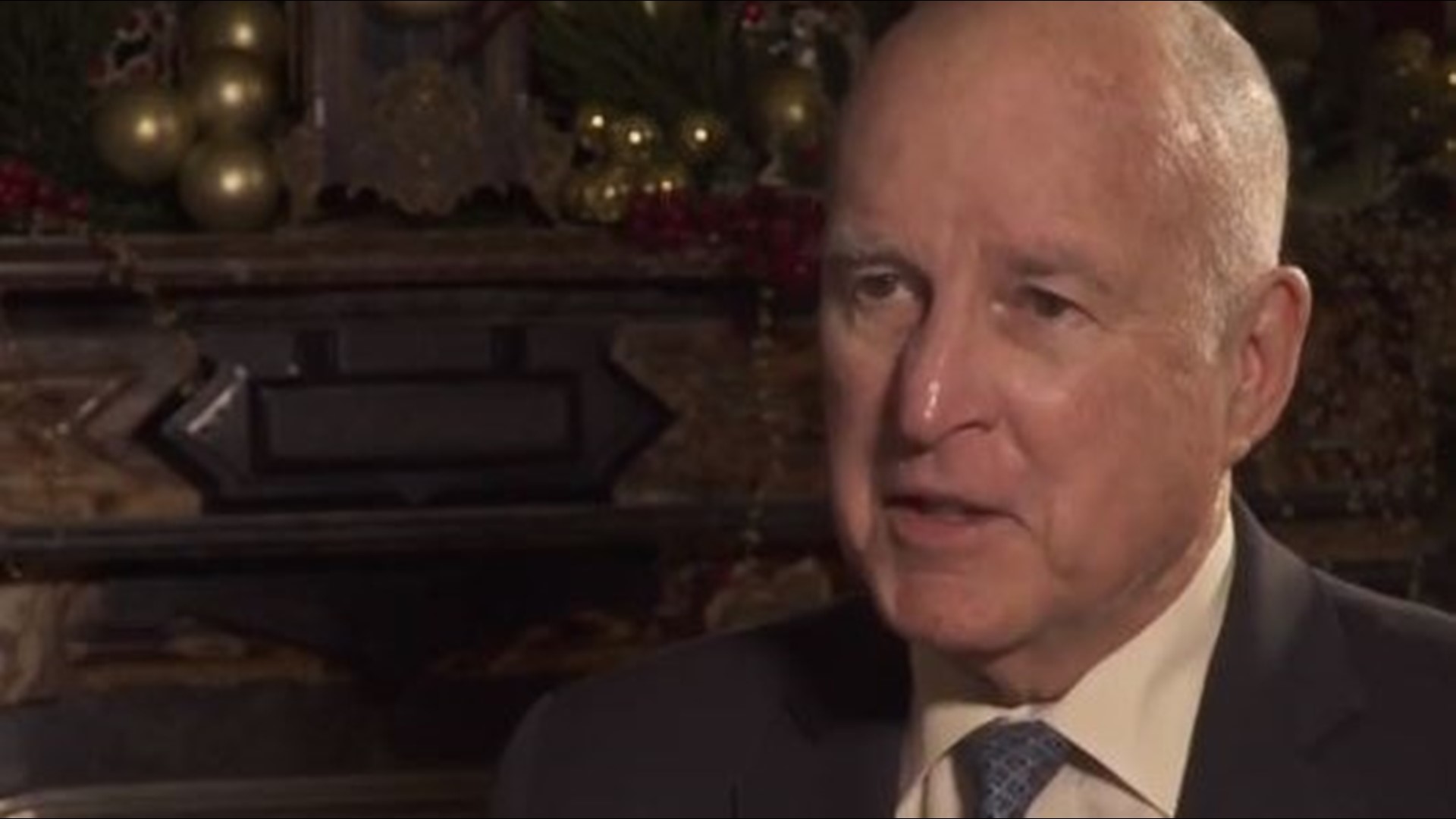 During his final 48 hours in office, California Governor Jerry Brown responded to criticism of the state's "sanctuary state" law, saying the death of Newman police Corpora Ronil Singh had "nothing to do" with the law.

"No, I don't think so," Brown said when asked if California's "sanctuary state" law, SB 54, could lead to bad actors falling through the cracks.

"I think people now are looking to blame somebody because of the terrible things that happened," he continued later, "but it had nothing to do with the law of California."

Corporal Singh of the Newman Police Department was killed last month when he pulled over a man on suspicion of DUI. The man accused of killing him, Gustavo Perez Arriaga, is a Mexican national who was in the country illegally.

Stanislaus County Sheriff  Adam Christianson blamed SB 54 -- a law which Governor Brown signed in 2017 and that placed limits on how state and local law enforcement agencies can cooperate with federal immigration authorities -- for prohibiting law enforcement in the state from reporting Arriaga as a "criminal illegal alien" to U.S. Immigration and Customs Enforcement.

Asked about these comments, Brown called Christianson a "very good man" but explained that Arriaga's DUIs and arrests took place prior to SB 54's enactment and that, given his arrests, police should have done more.

"In this case, the individual had been arrested and actually convicted twice of driving under the influence and there was as warrant out for his arrest and no one picked him up, and he was arrested and brought in to jail and brought into jail before the sanctuary law was even enacted," Brown said. "ICE, the immigration people, could have gone out and gotten him. The police or the sheriff could have told the immigration service."

Brown explained that, even with the sanctuary state law, serious crimes can be reported.

"In our prison system, there is complete cooperation with immigration, and besides that," he continued, "The records of when a person is in jail and when they're going to be released-- that's all public records, so, if they put that on the web page, that can easily be available to immigration service."

During the interview, Brown also addressed an array of other topics, including the day he spent with President Donald Trump touring the wildfire destruction, his unfinished business, advice for incoming Governor Gavin Newsom, and his favorite spots in Sacramento.

Incoming Governor Newsom will be inducted Monday morning at the Capitol.