Democrats accuse President Trump of abusing his high office to enlist a foreign power in corrupting the U.S. election. 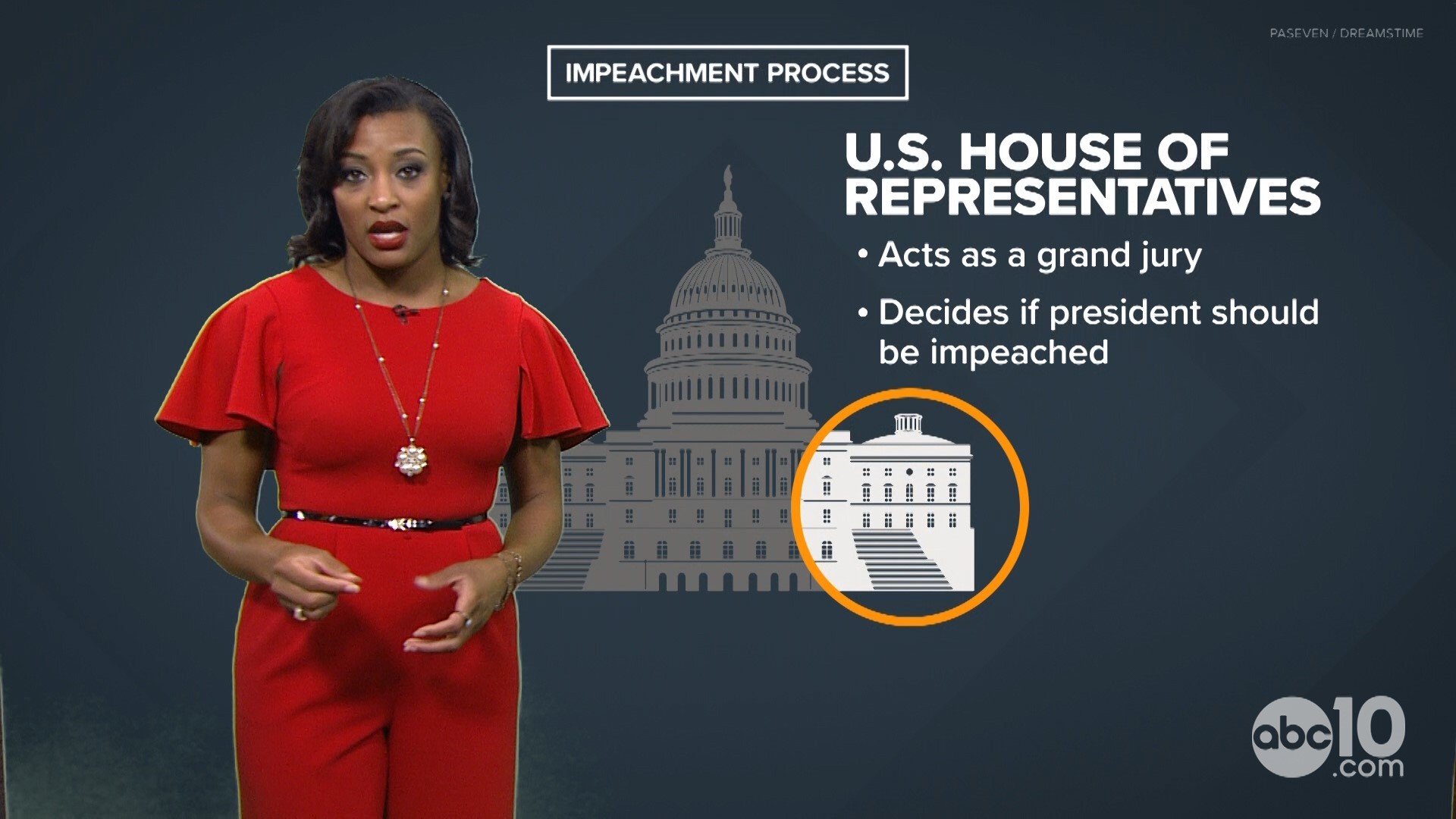 President Donald Trump is striking a defiant tone in the wake of becoming only the third president in American history to be impeached.

Trump was hosting a rally in Michigan Wednesday night when the House approved two articles of impeachment that accuse him of abuse of power and obstruction of Congress.

As expected, the House votes were mainly along party lines. House Speaker Nancy Pelosi said Trump's actions had given lawmakers no choice.

In a record-long two-hour rally speech, Trump told supporters that the effort against him was “illegal" and accused Democrats of demonstrating “deep hatred and disdain” for voters.

Below, is an impeachment vote tracker showing how each member of the House voted on both articles of impeachment.

If you are having trouble viewing the list visit: https://interactives.ap.org/congress-impeachment

House Democrats are laying out their impeachment case against President Donald Trump, preparing for a big hearing to set the rules for Wednesday's expected landmark vote.

Monday's report by Democrats on a House committee accuses Trump of abusing his high office to enlist a foreign power in corrupting the U.S. election and then trying to cover up his misconduct by blocking the investigation. Trump denies any wrongdoing.

Some House members are announcing how they will vote, sometimes in the face of loudly mixed reactions from constituents. Meanwhile, Republican and Democratic Senate leaders are getting ready to negotiate the rules for next month's likely trial in that chamber.

If you are having trouble viewing the interactive visit: https://interactives.ap.org/timeline/impeachment-inquiry

JOIN THE CONVERSATION: Do you believe President Trump committed an impeachable offense.  Let us know why or why not on Facebook.

ABC10
AN IMPEACHABLE OFFENSE? Democrats are expected to put forward one charge against the president of abuse of power and another of obstruction of Congress, according to one of the people. Democratic...