Is it Legit? Fact-checking the Denham vs. Harder race

Republican congressman Jeff Denham and Democratic challenger Josh Harder are locked into a multimillion-dollar fight that could determine which party controls Congress. They're attacking each other in ads, but are their arguments legit? We've got a fact check. 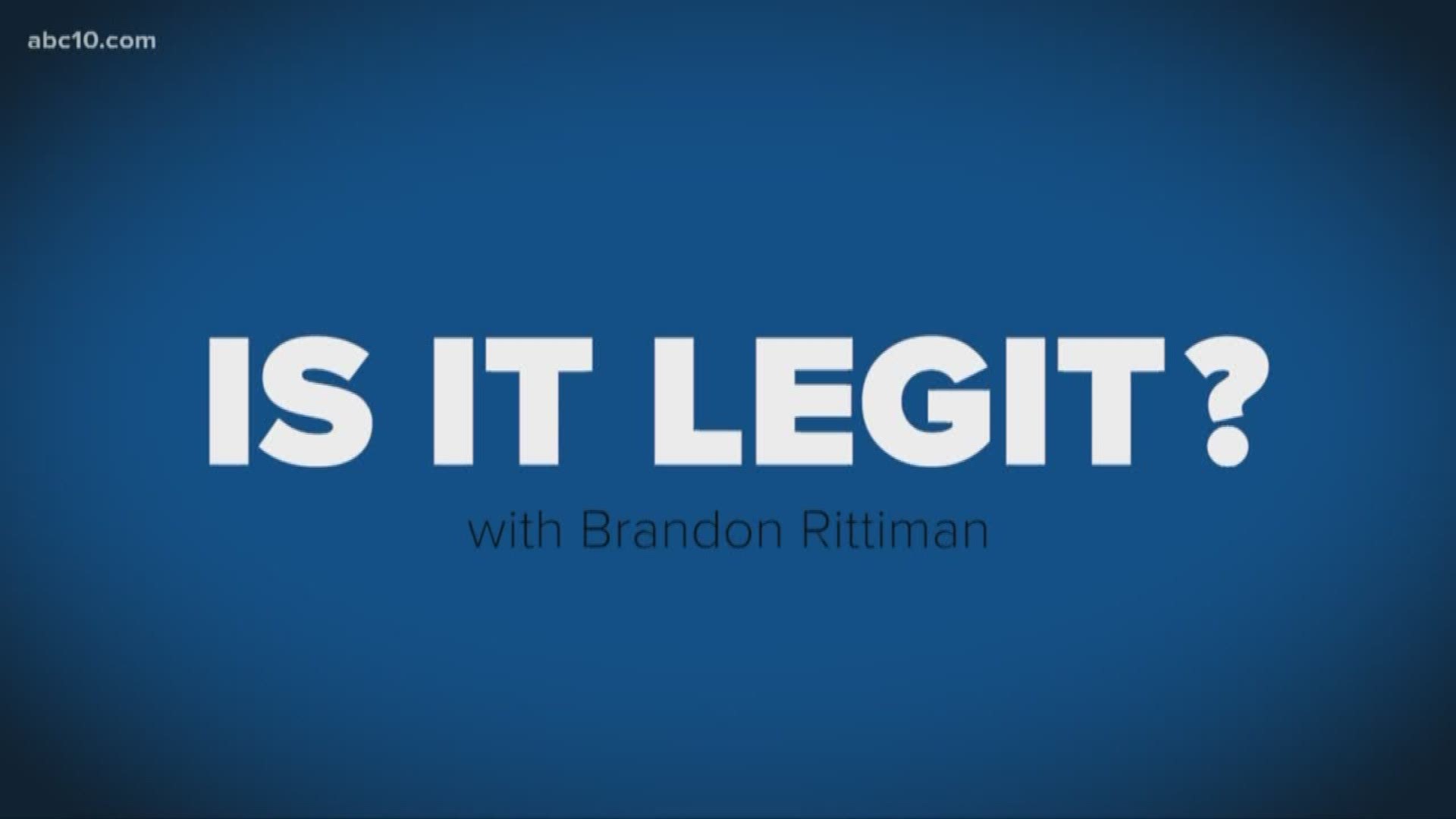 When voters look for a fact check of a political ad, they tend to want the answer to one basic question: “Is it legit?” In other words—does the line in the ad ring true? Is it fair? Is it real?

That’s what ABC10 is about to answer for you in the fight between two men that could determine party control of Congress.

It’s a $6 million race and counting, which means the ads are hard to ignore.

Let’s get right to some of the claims that both sides are making in their ads, starting with Harder tooting his own horn.

CLAIM: “If a corporation wants to donate to my campaign, I say thanks. But no thanks. I’m not taking corporate PAC money because special interests always want something in return.”

WHO SAID IT: Josh Harder, on camera, in his own ad.

IS IT LEGIT? No. This is a bit of misdirection.

Sure, Josh Harder isn’t taking corporate PAC money directly—yet plenty of money is flowing to his campaign from big companies.

Despite the angelic self-portrayal, federal campaign records show Harder’s campaign took money from 36 different PACs and similar outside spending groups. Some of those PACS belong to interest groups like labor unions. Others have goofy names like “PAC to the Future.”

That one turns out to be a good example, because financial records show PAC to the Future took money from more than 50 big companies, including Amazon, MasterCard, Delta Airlines, and even the supplements company Herbalife.

The money collected by PAC to the Future was then given to another group that helps Democrats running for Congress and to several candidate campaigns, including Harder’s. He got $5,000 from this fund.

It’s true that Harder’s not taking corporate PAC money directly on his campaign balance sheet, but he is taking PAC money that comes from corporations. That’s certainly not the impression his ad gives to voters.

WHO SAID IT: House Majority PAC, in a pro-Harder ad.

IS IT LEGIT? Yes. This is a fair line of attack against Denham.

Last year, Republicans in Congress tried to partially repeal Obamacare. The bill failed, but Jeff Denham did vote in favor of it.

On tape, Denham said the ACA protections for pre-existing conditions were a must. It wasn’t the only time he took that position. He also signaled that he was against the bill at one point in the month before his vote.

And yet, the bill he voted for wouldn’t have left the ACA protections for preexisting conditions intact.

WHO SAID IT? Jeff Denham, in a campaign ad

IS IT LEGIT? Partly. If it matters to you, Harder grew up in the Central Valley, but spent years of his career in the Bay Area.

WHO SAID IT? Jeff Denham, in a campaign ad.

IS IT LEGIT? Yes. Josh Harder’s campaign has been trying to put the proverbial toothpaste back into the tube on this one, but there’s a problem. Namely, that Harder actually gave that answer to a voter.

In fact, the Harder campaign doesn’t dispute that. They now say he “misunderstood” the question, which was asked of him while meeting with a small group of voters in Turlock last year.

The voter did use odd wording (“full nine terms”) but it’s clear the question was whether Harder supports legal abortion taking place at any point in a pregnancy.

The Harder campaign says he meant that he supports “existing California law,” which only makes abortions legal into the second trimester. That’s a much more mainstream position than advocating legal abortion during any stage of pregnancy.

For instance, the most recent Gallup poll on abortion (May 2018) found that opinions of abortion vary wildly depending upon the trimester in which the procedure occurs.

But the tape of Harder’s other answer last year to a small group of voters is still fair game. It’s legit to use the clip in in an ad.

WHO SAID IT? Congressional Leadership Fund, in a pro-Denham ad.

IS IT LEGIT? No. Because this ad distorts context.

It’s true Harder supported high-speed rail. He still does. And the dollar amounts in the ad are correct as well. So what gives with the not-legit rating?

Simple: It’s the way they use those numbers to try to scare you. Against a bed of haunting music, these numbers are meant to convey scandal or shock about the dollar amounts involved here. But you need to know that the $10 billion of debt isn’t a scandal or a surprise. It’s the amount of debt that the state published in your voter guide 10 years ago.

Prop1A in 2008 asked the voters to approve $10 billion of debt for high-speed rail. And they did—by a vote of 53 percent. Which means this line in the ad is more an attack on California voters than it is on Harder.

The $70 billion figure in this ad is the new projected cost. Back when Californians voted for high-speed rail, opponents warned it could cost more—perhaps $90 billion.

Maybe it will in the end.

It’s fine to point out Harder was pro-train. It’s also fine to believe the train project is a “disaster.” But the way this ad lodges that argument isn’t legit. It’s preying on ignorance of a cost that the voters already approved.