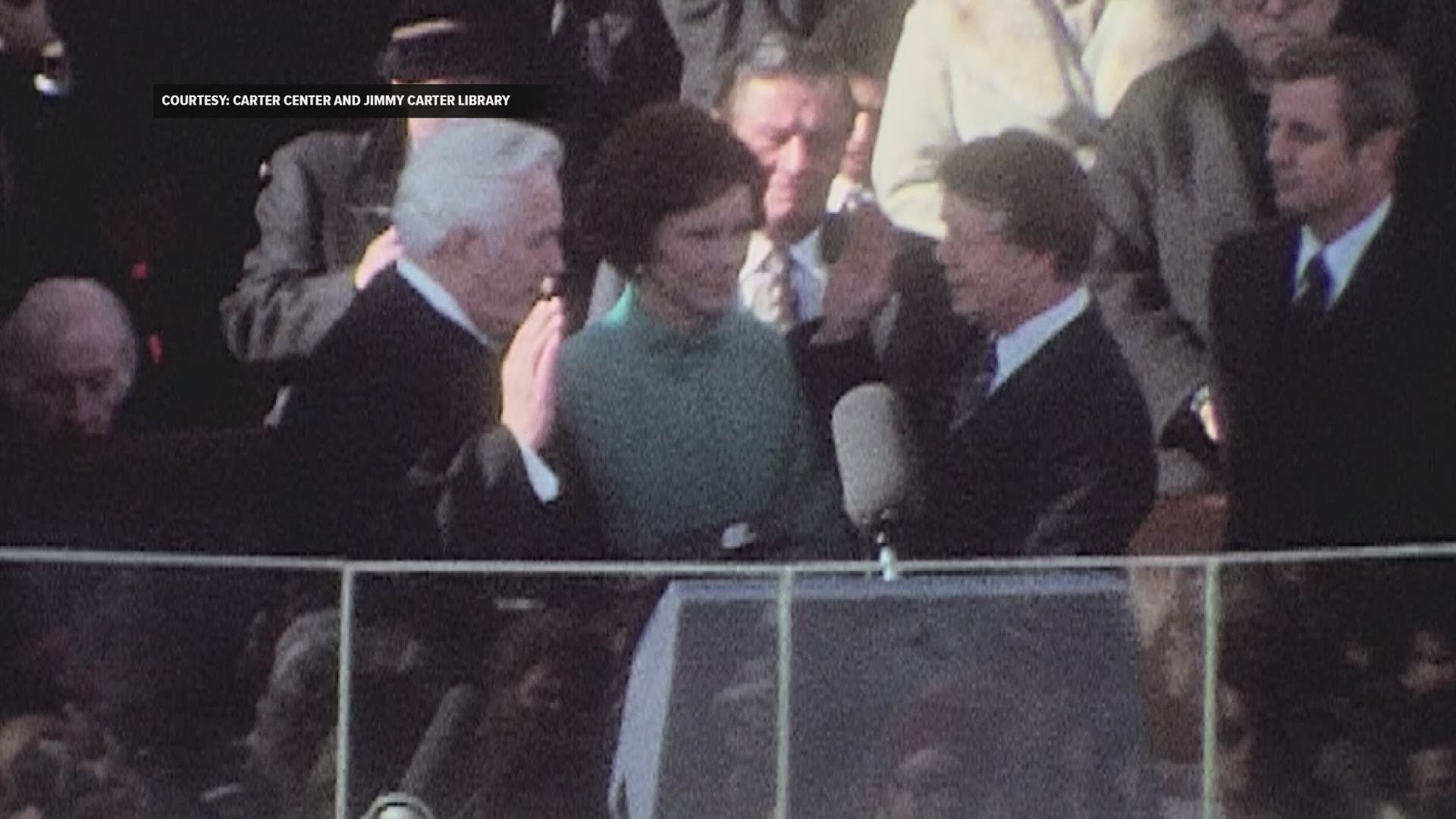 ATLANTA — Jimmy Carter has a new title, as of 12 a.m. Friday, as the oldest living former U.S. president.

Carter was the 39th president of the United States and was born in the small farming town of Plains, Georgia and grew up in the neighboring community of Archery. His father, James Earl Carter Sr. was a farmer and businessman. His mother, Lillian Gordy Carter, was a registered nurse, according to the Jimmy Carter Library.

Carter attended public school in Plains and later attended Georgia Southwestern College and the Georgia Institute of Technology. He also received a B.S. degree from the United States Naval Academy in 1946.

He was elected to the Georgia Senate and lost his first gubernatorial campaign in 1966, but won the next election and became Georgia’s 76th governor in 1971. On Dec. 12, 1974, he announced his candidacy for president. He won the Democratic nomination and was elected president on Nov. 2, 1976.

Jimmy & Rosalynn Carter in love through the years

As president, Carter served from Jan. 20, 1977 to Jan. 20, 1981. He campaigned for human rights around the world and made significant foreign policy accomplishments, including the Panama Canal treaties, the Camp David Accords and the establishment of U.S. diplomatic relations with the People’s Republic of China.

In 1982, he became University Distinguished Professor at Emory University in Atlanta and founded The Carter Center. The nonpartisan, non-profit center addresses national and international issues of public policy.

As members in the community, Jimmy and Rosalynn Carter volunteer with Habitat for Humanity. He teaches Sunday school and is a deacon at the Maranatha Baptist Church of Plains.

On Dec. 10, 2002, the Norwegian Nobel Committee awarded Carter the Nobel Peace Prize for “his decades of untiring effort to find peaceful solutions to international conflicts, to advance democracy and human rights, and to promote economic and social development.”

Jimmy Carter to Cory Booker: 'I hope you run for president'