In a one-on-one with Political Reporter Morgan Rynor, conservative talk show host Larry Elder discussed his plans for the future. 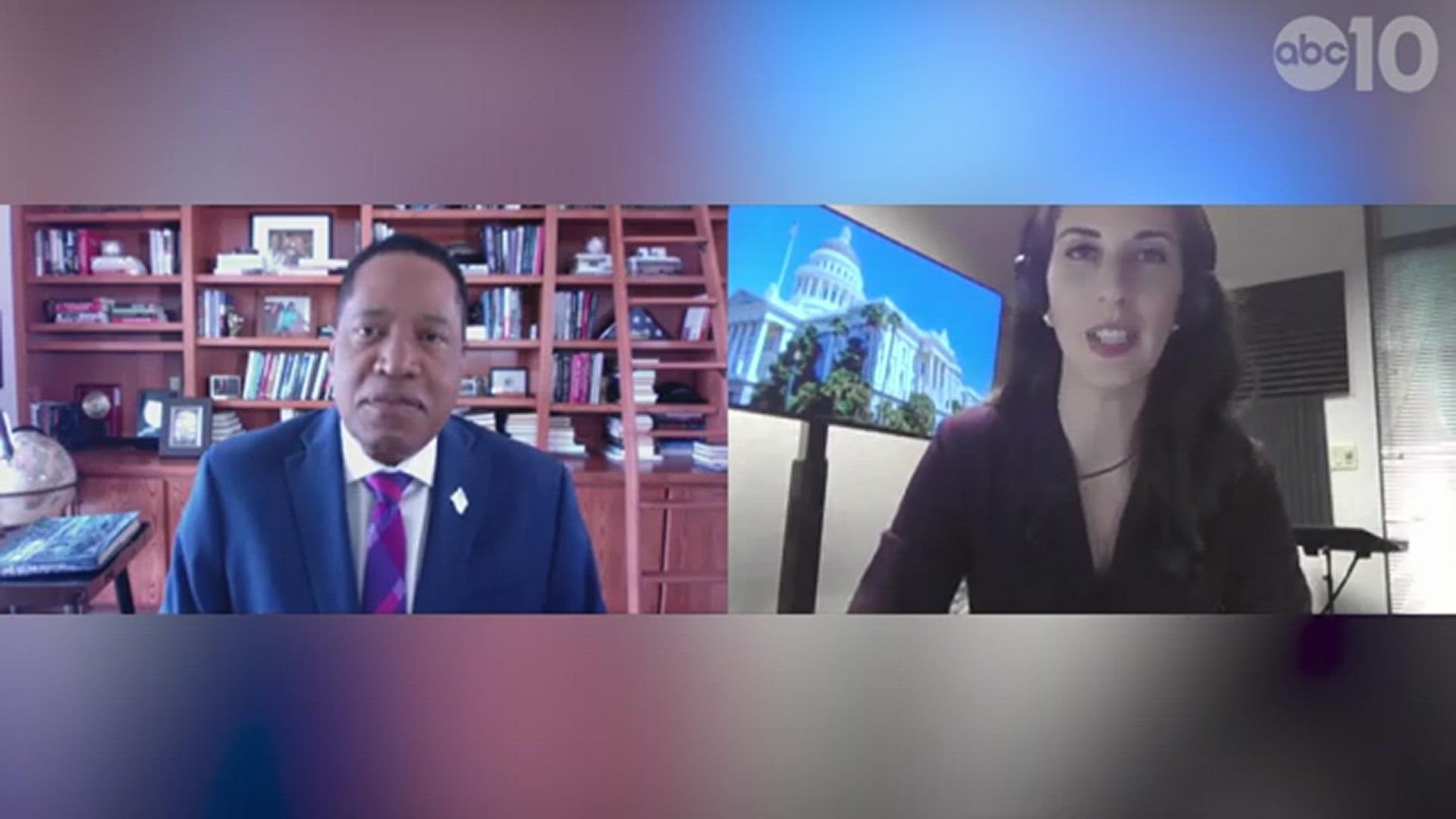 When asked if he will run again for governor in 2022, Elder said "I am very likely to do that."

"A lot of my contributors have asked me to stay in the game in the unlikely event that I don't become governor after September the 14th," he added. "So in all probability, I will do just that.

Just like Governor Gavin Newsom, Elder has not participated in any of the debates so far. In an interview, he addressed some of the questions that were asked of the other recall contenders.

Rynor: Will you repeal mask mandates on a local level?

Elder: "No, I would not. I would recommend against it. I think local municipalities have a right to be foolish."

Rynor: Do you believe in climate change and what would you do differently than Governor Gavin Newsom?

Rynor: How would you solve the issue of homelessness?

Elder has been in the headlines a lot recently. His ex-fiance told Politico that he brandished a gun at her. Elder denied the accusations.

"Beyond that, I'm not going to respond to any of the other silly accusations," Elder said. "My defense is my record. My defense is my character. I'm almost 70 years old. I've been single for over two years of my life. It's the only time anybody ever made such an accusation. So I'm standing on my record, and I'm going back to the issues that really matter."

Rynor: There is one follow up question though. Why take the time to say that about you? It's not like she doesn't want the recall to happen. She endorsed Faulconer.

Elder: "I've given you my answer."

The conversation with Elder was lengthy, touching on topics of the water shortages, housing crisis, the stress of the campaign and more.

You can find full interview below.