Supreme Court will not consider limiting qualified immunity for police

Even though qualified immunity is not headed to the nation's highest court, it might become part of some new laws. 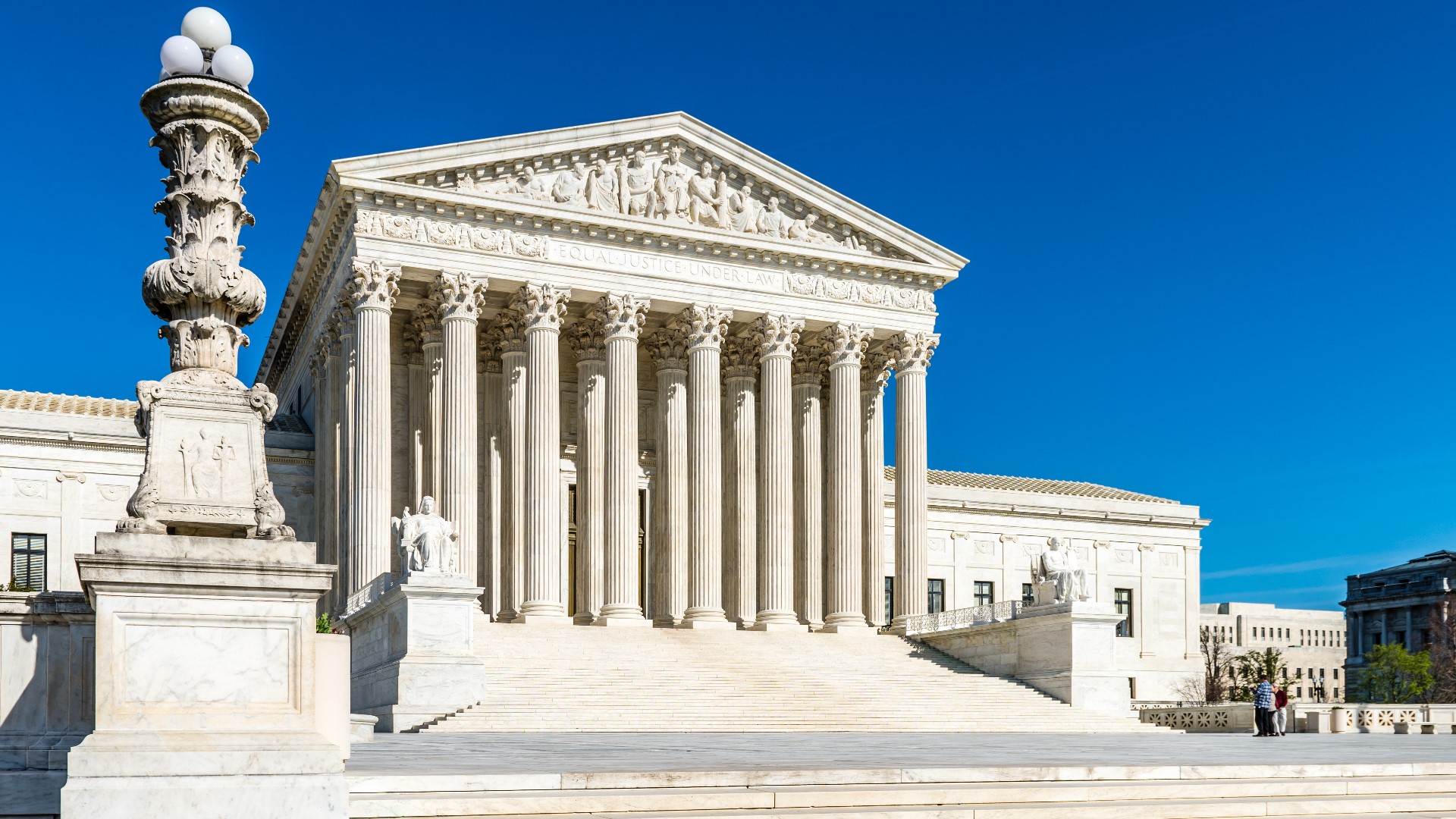 The U.S. Supreme Court has decided not to hear a case on qualified immunity, a legal doctrine that largely protects police from lawsuits regarding their conduct.

The discussion over reducing qualified immunity has been part of the conversation on how to create changes in communities following the death of George Floyd, a black man who died in Minneapolis police custody. The case in recent weeks sparked nationwide protests and outrage over racial injustice.

The nation’s highest court has considered dozens of petitions for cases involving qualified immunity in the past but sets a high bar for looking at officers' misconduct.

Under federal law, government officials, including police officers, cannot be held personally liable for their actions unless they violate clearly established federal law. It’s intended to protect them from civil lawsuits so they can do their job.

While this doesn't apply to the Floyd case, here's why it's part of the conversation and protests: Some say the immunity makes it difficult to hold officers accountable.

“The courts have interpreted this qualified immunity to almost give complete impunity to the police officers. That's why nobody's ever held accountable,” said Benjamin Crump, a civil rights attorney.

Jarrett Payne was among protesters in New York City and is calling for the end to qualified immunity.

“We need to repeal that, as well as take police unions' abilities to discipline officers away,” he said.

Just because the Supreme Court isn't taking it up, it doesn't mean there might not be another avenue.

Some on Capitol Hill are interested in reducing qualified immunity as part of policing reform. Democratic Sen. Corey Booker told "Face the Nation" host Margaret Brennan that he’s spoken with colleagues on both sides of the aisle.

“We have to ask ourselves as a society, do we want to have a nation where police officers who do really awful things cannot be held accountable to- to- through to civil rights charges? And that's unacceptable. No one in America should be above the law, I think it's time that we change qualified immunity,” he said.

While Republicans say they support decertification in lieu of reducing qualified immunity, there's hope that the conversation will lead to a compromise.

"I think we're going to have legislation that can be negotiated that gets us to the place where something becomes law that actually makes a difference. That's got to be our goal,” said Republican Sen.Tim Scott of South Carolina.

We asked Florida’s senators and representatives serving the Tampa Bay region where they stand on qualified immunity.  We will update this story when we receive their responses.

A spokesperson for Democratic Rep. Charlie Crist told us:

"The Congressman is a cosponsor of the Justice in Policing Act which does away with qualified immunity, a provision that currently prevents Americans who have had their civil rights violated from getting their day in court."

RELATED: Hillsborough State Attorney will not charge 67 arrested in Tampa for unlawful assembly