The CBC visited the border in response to the death of Cameroonian asylum seeker Nebane Abienwi in U.S. Immigration and Customs Enforcement custody last month. 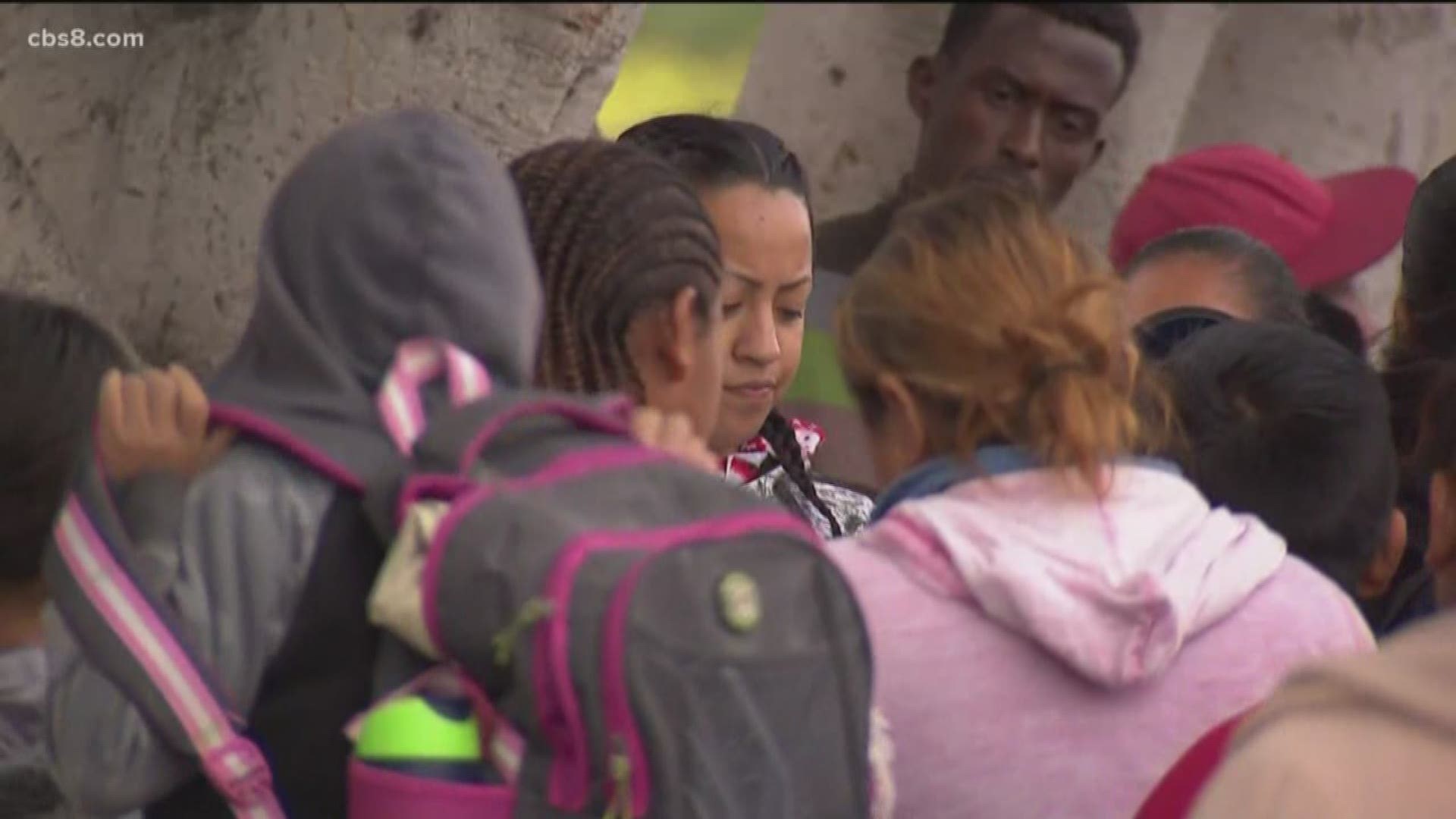 The CBC came to the border in response to the death of Cameroonian asylum seeker Nebane Abienwi in U.S. Immigration and Customs Enforcement custody last month. He is the seventh adult to die in ICE custody this year.

Abienwi arrived at the border in September and was taken to the Otay Mesa Detention Center. While there, he suffered a brain hemorrhage and was transferred to the Sharp Health Medical Center in Chula Vista. Abienwi was taken off life support at the facility Oct. 1 at his family's behest.

RELATED: Asylum-seekers get attorney access before return to Mexico

"Thousands of African and Caribbean immigrants who immigrate to the United States of America are treated as if they are invisible," CBC Chairwoman Rep. Karen Bass, D-Los Angeles. "Many arrived in South America and then walked north, all to be dehumanized and mistreated at our southern border. We are heading to the border to hear what they have been through."

The caucus held an official congressional field hearing in San Ysidro on Friday, calling witnesses who work closely with migrants and looking specifically at issues facing migrants from African and Caribbean nations.

“To see what is taking place in the 21st century should make all of us sick,” said Representative Yvette Clarke, D- New York.

Caucus members say they plan to take what they learned Friday to the United Nations to request international help and will look at using funding to force changes by Homeland Security.