Mike Bloomberg goes big in Arizona primary. But win or lose, he's not going away.

The former NYC mayor is spending unprecedented amounts of money on the race. His top aide says Bloomberg will keep writing checks through November to defeat Trump. 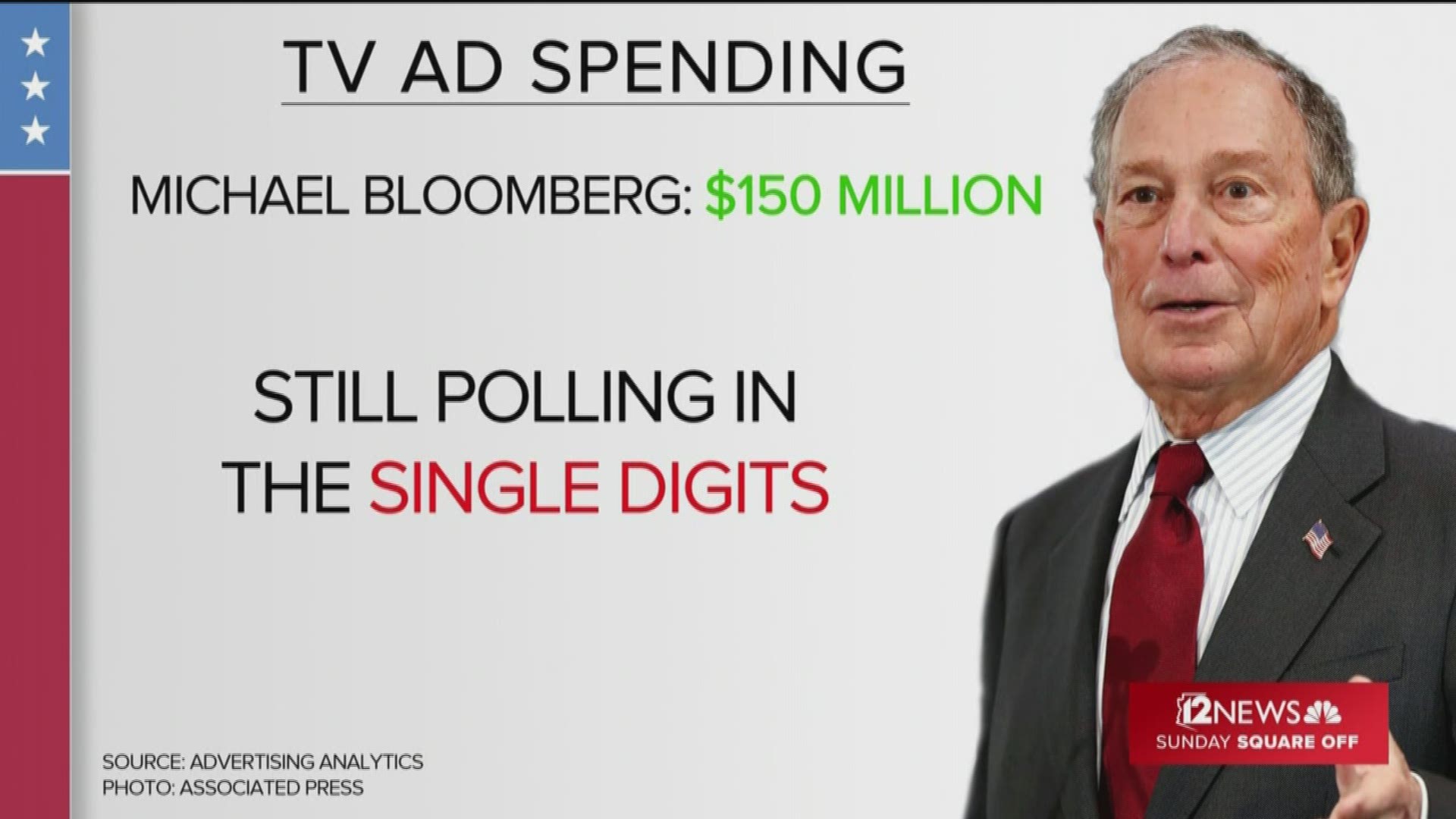 PHOENIX — Mike Bloomberg is going bigger in Arizona than any other Democratic presidential campaign  - and it's not even close.

The former New York City mayor's late-in-the-game run for president has spent hundreds of thousands of dollars on TV ads and hired the largest staff in our battleground state.

A top Bloomberg adviser says on this weekend's "Sunday Square Off" that his billionaire boss will keep writing those checks in Arizona all the way through November - even if he fails to win the March 17 primary or snag the nomination.

"Mike Bloomberg's spending this money on behalf of his own candidacy. But if Mike Bloomberg is not the nominee, this massive machine we're building will be put at the service of whoever the nominee is," Tim O'Brien, senior adviser to Bloomberg, told me.

"(It's) going to help reinvent the Democratic Party as a competitive entity nationally."

O'Brien was in Arizona this weekend for "Day One" events rolling out the Bloomberg campaign.

O'Brien may be familiar to cable TV viewers, as one of President Donald Trump's leading critics.

We discuss why O'Brien is jumping into campaign politics and why he believes Bloomberg - a "progressive pragmatist" - can win the Democratic nomination.

"Sunday Square Off" airs at 8 a.m. Sundays on 12 News, after NBC's "Meet the Press," with moderator Chuck Todd.

You can find past "Square Off" segments online at 12news.com/YouTube.