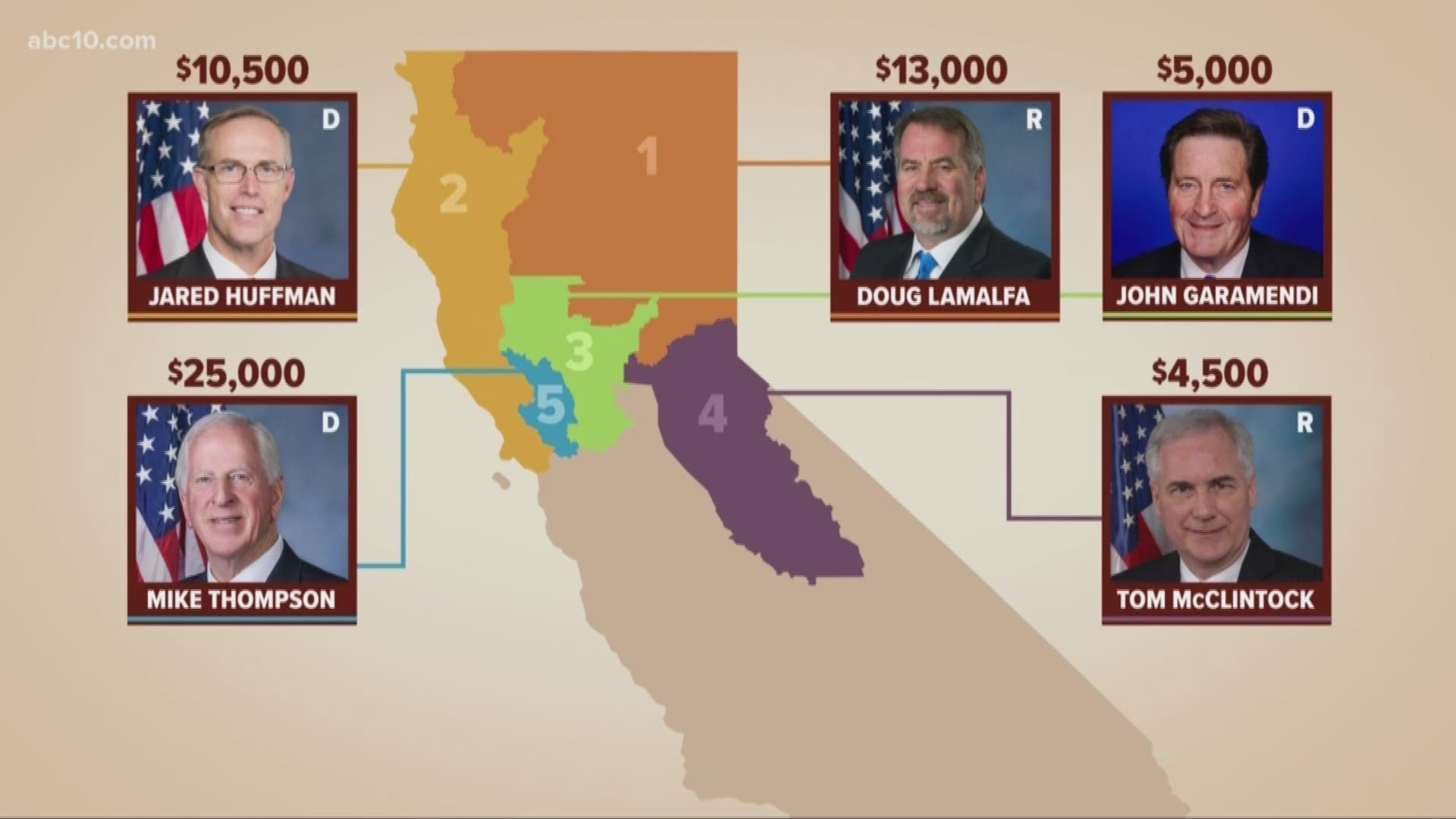 CHICO, Calif. — A charity helping survivors rebuild homes destroyed by the 2018 Camp Fire is returning donations it received from U.S. House Speaker Nancy Pelosi, D-California, because of the money's affiliations.

Pelosi's campaign and leadership PAC chose to divest a total of $26,000 worth of contributions it received from PG&E as a way to hold the company "accountable" for its history crimes, deadly disasters, and power shutoffs. Pelosi's staff sent checks to six different wildfire-related charities this week.

The nonprofit Rebuild Paradise Foundation received $4,300. The charity aims to make it easier for survivors of the fire, which killed 85 people, to rebuild their homes. The Camp Fire burned more than 18,000 buildings.

Now, the charity says it wants to avoid connections to political campaigns.

"We don't even want to enter into any grey area where we can be perceived as endorsing any political candidate," Charles Brooks, who runs the nonprofit Rebuild Paradise Foundation, said.

The Pelosi campaign tells ABC10 that it still intends to divest the PG&E funds by donating to an alternate charity.

"We respect the organization’s decision and will work to identify another recipient for the contribution,” Jorge Aguilar, a spokesperson for the Pelosi campaign, said in a statement.

The $26,000 amount represents all of the funds Pelosi accepted from PG&E after the company was convicted of multiple federal crimes and sentenced to five years of probation in January 2017. PG&E's felony convictions stem from the 2010 San Bruno gas explosion, which killed 8 people.

A second charity, the Rebuild Northbay Foundation, tells ABC10 that its board will vote on Tuesday, Dec. 3 to decide whether or not to accept a similar donation from Pelosi.

Between 2015-18, 109 people have died in California wildfires blamed on PG&E equipment between, however, an ongoing ABC10 investigation into PG&E's political activity found that the majority of California's 55 members of Congress continued to accept campaign donations from PG&E in 2019.

WATCH: ABC10 Originals 3-episode documentary series FIRE - POWER - MONEY: California's burning crisis and how it's going to cost us all.

Most California politicians who received political donations have chosen to keep the money they received from PG&E after the company was convicted of its crimes, including prominent Democrats like Gov. Gavin Newsom ($208,400) and Sen. Diane Feinstein ($21,500,) along with high-ranking House Republicans like Minority Leader Kevin McCarthy ($30,000) and Devin Nunes ($27,500,) who is currently leading President Donald Trump's defense in the House's impeachment inquiry.

Pelosi was one of only three members who chose to divest the money, along with fellow Democrats Doris Matsui, D-Sacramento, ($30,000) and Mark DeSaulnier, D-Concord, ($3,000).

When deciding to donate the money, campaign spokesperson Jorge Aguilar said that the donations to charity were being made because “utilities must be held accountable for mismanaged power shutoffs, minimize the extent of shutoffs to the greatest degree possible, harden the grid, and prioritize public safety and wildfire victims.”

Rebuild Paradise confirms that it received two checks, one from "Nancy Pelosi for Congress" and another from "PAC to the Future," Pelosi's leadership PAC.

Brooks says the Rebuild Paradise Foundation is "writing a policy not to accept any donations from political campaigns and political action committees" as a result of this donation.