Every House Democrat, 222 in all, voted in favor of impeaching the president. They were joined by 10 Republican representatives. 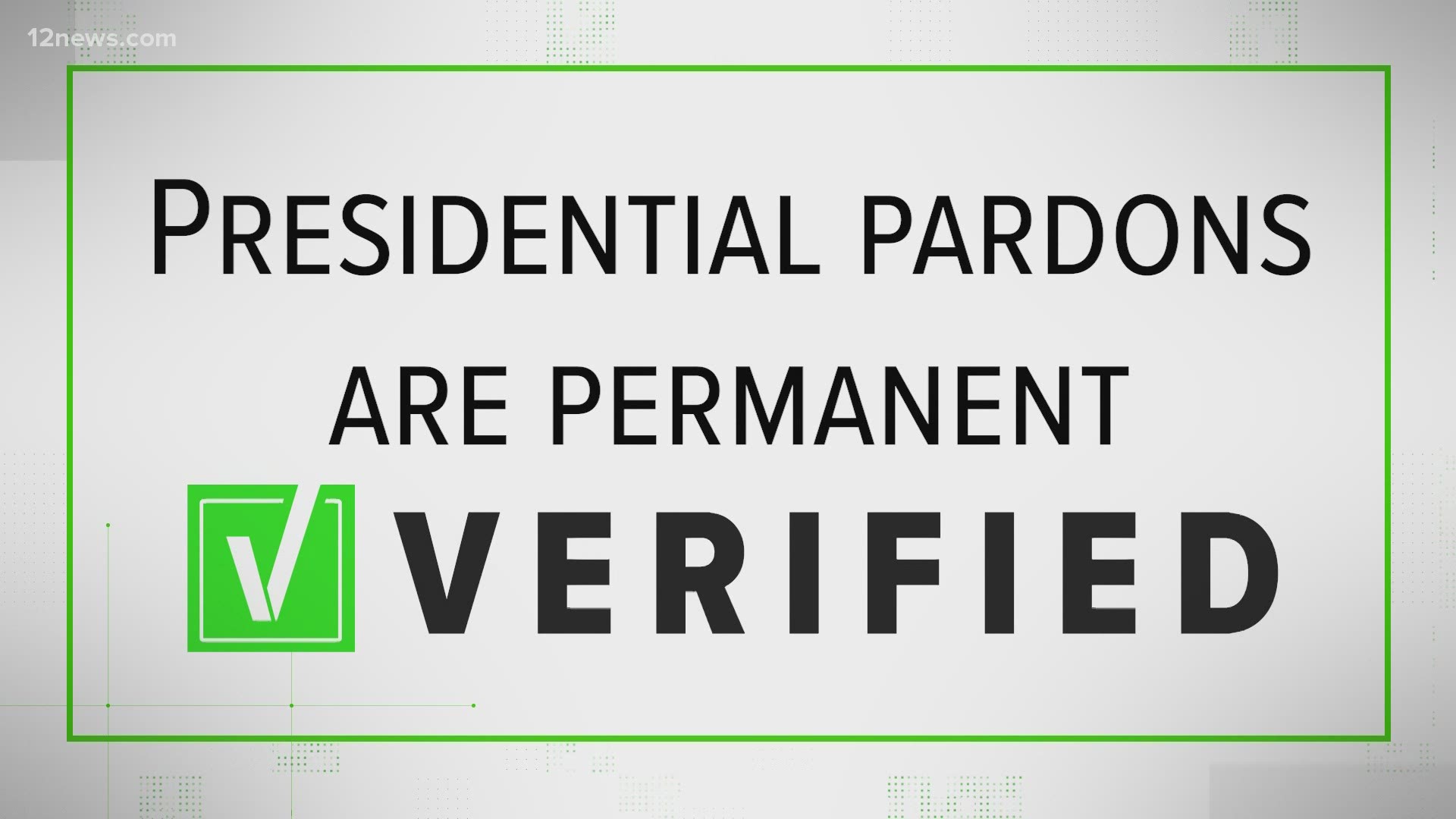 WASHINGTON — On Wednesday, a majority of the members of the United States House of Representatives voted to impeach President Donald Trump, making him the only president in history to be impeached twice.

The vote, which was split mostly along party lines, concluded with a county of 232 for impeachment and 197 against with four Republican representatives choosing not to vote.

Here is how California’s representatives in Congress voted on impeachment, and their statements (if available) on why they voted the way that they did:

"I cannot think of a more petty, vindictive and gratuitous act than to impeach an already defeated President a week before he is to leave office. President-elect Biden’s promise to heal the nation becomes a hollow mockery in the harsh reality of this unconstitutional act." pic.twitter.com/QpOaWNsPbH

Based on the facts before me, I have to go with my gut and vote my conscience. I voted to impeach President Trump. His inciting rhetoric was un-American, abhorrent, and absolutely an impeachable offense. It’s time to put country over politics.

The United States remains exceptional. And right now the eyes of the world are upon us. We must seize this opportunity to heal and grow stronger. https://t.co/UapsQMeTVP

With only a few days left in the Trump Administration, the vote to impeach the President is no more than political theater that runs the risk of further dividing us at a time when we need to come together.

However, I believe impeaching the president now will fail to hold him accountable or allow us to move forward once President-elect Biden is sworn in. This process will only create more fissures in our country as we emerge from some of our darkest days. https://t.co/NK1EdO5xoN pic.twitter.com/IJIlb6oGva

The wounds caused by the act of terror we saw last week will not be healed by impeaching President Trump, which will only deepen the divide felt in our country today. Read my full statement on today’s impeachment vote: pic.twitter.com/fvulCoYLsr

It's a bright line. On one side: lies sedition, inciting & supporting insurrection & domestic terrorism. The other: our oath of office, the constitution, democracy, decency.

Today I will do the right thing. I will vote to impeach Donald Trump. pic.twitter.com/2DietMstlZ

See below for my statement on the impeachment of President Trump: pic.twitter.com/apV84w4Zac

That’s why today I voted for the Article of Impeachment charging the President with inciting this grave attack. He must be held accountable. The Senate must swiftly convict and remove him from office.

Today, I voted to impeach President Trump for inciting a violent insurrection against our democracy.

Read my statement below: pic.twitter.com/YTlo1OZUjn

The President incited a violent insurrection against the United States of America.

He is unfit to serve another day in office and he must be held accountable for his actions.

I will vote today to impeach President Trump.

Our Capitol looks like a war zone, because the President incited an attack on democracy. Today I voted to remove him from power. pic.twitter.com/OEm1RO25M6

I joined a bipartisan group of colleagues in voting to impeach President Trump for inciting last week’s insurrection. I now urge the Senate to convict and prevent him from ever endangering our democracy again. pic.twitter.com/2yUStHnok2

It is my somber responsibility to sign the Article of Impeachment against President Trump passed in a bipartisan vote by the House of Representatives a short time ago. https://t.co/xlTntjjIMn

Today, I'll be voting to impeach him for a second time. He is an unprecedented threat to our democracy & national security –– that calls for unprecedented action to remove him. pic.twitter.com/J0qhsnAwuC

Just voted w/ Ds & Rs to impeach @POTUS. If inciting an insurrection isn’t an impeachable offense, nothing is. The Capitol is a war zone. We're bracing for more attacks. We’re not doing this for the next 8 days, we’re doing this to protect the next 800 years of this democracy. pic.twitter.com/6KRe25A2bT

I am not asking my GOP colleagues to show the same courage the Capitol Police showed last week to defend our lives and democracy.

I'm just asking them to do their job and remove the man who incited the attack. pic.twitter.com/Qu8Oaxsebq

My constituents and the greater American public demand that we uphold the oath of office we take to protect and defend the Constitution against all enemies, foreign and domestic. I felt my vote for impeachment was the right thing to do.

See my full statement below: pic.twitter.com/xEa37KiTyS

I am voting to impeach because, as Lincoln said, “no grievance is a fit object of redress by mob law.” To be worthy of this Capitol we all hold sacred, let’s finally invest the trillions needed for good jobs, universal health care, and education in places that are hurting. pic.twitter.com/lRP7QW90IG

The President incited a mob that attacked the Capitol of the United States, the tabernacle of our democracy.

He is incapable of honoring his oath and our Constitution, and he has proven to be unfit and dangerous.

Today, I will vote to impeach this traitor to our country. pic.twitter.com/qLsOshMH79

My colleagues and I have impeached President Trump for the second time. Through this vote, we are not only holding the President accountable, we are abiding by our constitutional responsibility to secure and strengthen our democracy for our posterity.https://t.co/w225Ez2uPn

I don't take impeachment lightly but no one is above the law. That is why I joined a bipartisan group of my colleagues today & voted to protect our democracy & hold @POTUS accountable for a violent insurrection against the U.S. government. pic.twitter.com/8y1af9dTZ7

We are living through a defining moment in our history. Congress was attacked by a mob, directed by the President.

Today, I addressed the House Floor in support of taking the necessary action to protect and preserve our democracy and impeaching Donald Trump. pic.twitter.com/e1TOr4DeQS

Bipartisan agreement. A President who incites violence instead of accepting the result of an election is too dangerous to be in office. #ImpeachmentDay pic.twitter.com/aDQzjj4EWf

For the fourth time in American history, and the second time in Donald Trump’s dangerous and destructive tenure, a president has been impeached.

We will defend our democracy against all threats, foreign and domestic.⁰
Donald Trump must be removed, never to hold office again.

Trump was just impeached for the 2nd time: pic.twitter.com/1DylEosT6F

Today I spoke on the House Floor to urge my colleagues to vote to #ImpeachTrump (1/2)https://t.co/x4RBHvf98L

Three days before the president incited a deadly attack on the Capitol, my colleagues and I swore an oath to defend our Constitution. Now, it's our duty to defend our democracy by impeaching Donald Trump. To do anything less would be to turn our backs on that oath altogether. pic.twitter.com/U5efRusGC5

I voted today to impeach President Trump, echoing the more than 800 letters and hundreds of phone calls from my San Gabriel Valley constituents requesting immediate action. President Trump betrayed our nation and must be held accountable for his crimes. pic.twitter.com/bQ47WEdwsD

Future generations will know that when the Commander in Chief incited an attack on the nation’s Capitol resulting in multiple deaths, the House of Representatives acted strongly and swiftly to impeach @POTUS on a bipartisan basis.

The Senate must act to convict Trump quickly. https://t.co/em575yP3Vy

My vote to impeach Donald Trump again represents my forceful defiance to him and anyone who threatens our democracy.

And it also represents the will of my constituents in Los Angeles who voted to turn the page on this dark chapter in our nation’s history: https://t.co/PPkoP6IHnA pic.twitter.com/sWIqnfUD0E

“We love you. You’re very special.”

Those were Donald Trump’s words to violent insurrectionists as they wreaked havoc on our Capitol. He encouraged the attack and then expressed love for those seeking to destroy our institutions. https://t.co/CtQ0Iukfxc

I have sworn an oath to protect America from its enemies, both foreign & domestic. Today, I fulfilled that oath by supporting the impeachment of Donald Trump. The threat of violence continues & every moment he remains in office, America is at risk. He must be removed immediately.

I just voted to impeach President Trump for incitement of insurrection against our democracy.

Democracy is fragile — its survival is up to us.

As the House prepares to vote on impeaching the President of the United States (again), here’s what I saw at the Capitol on January 6th and where we go from here.

My statement on today’s impeachment of President Trump: https://t.co/pBaPDtEoGC

I urge the Senate to take immediate action, begin a trial, and vote to convict President Trump. He is toxic to our democracy, and only we, the Congress, can prevent him from doing future damage. https://t.co/954PxJOBP0

"I rise in support of impeaching again the worst president in the history of the United States...This president has spent four years abusing his power," @RepMaxineWaters says.https://t.co/d08otzkRdW pic.twitter.com/lxKDj5HL60

By riling up a violent mob to prevent the work of Congress and attempt to overthrow our democratic process, Trump violated his oath of office and violated the U.S. Constitution.

My full statement on the impeachment of Donald Trump: https://t.co/i65tUhYieJ

Last week, I witnessed for the first time in my life Americans fighting Americans all at the behest of the President of the United States.

As Americans, we can do better. pic.twitter.com/3Y9MRZZsTH

A historic 10 Republicans joined us to hold the President accountable. My statement: pic.twitter.com/g9MSQ1rhSv

Generations of Americans will remember how we vote today. I will look back on this day with honor for upholding my oath of office. I hope my colleagues do the same. pic.twitter.com/nUhjU915Yw

I just voted in favor of impeaching Trump. I urge McConnell to act immediately in the best interest of the American people.

Today, I upheld my oath to defend the Constitution from foreign & domestic enemies, and voted – again – to impeach President Donald Trump. His attempts to overturn a free and fair election by inciting violence against the Congress cannot go without consequence.

I spoke on the House floor today on why we must impeach this President. We must hold him accountable. pic.twitter.com/DgxxnQ93sR