President Trump was acquitted Wednesday in the Senate in his impeachment trial; Sen. Susan Collins voted to acquit, while Sen. Angus King voted to convict. 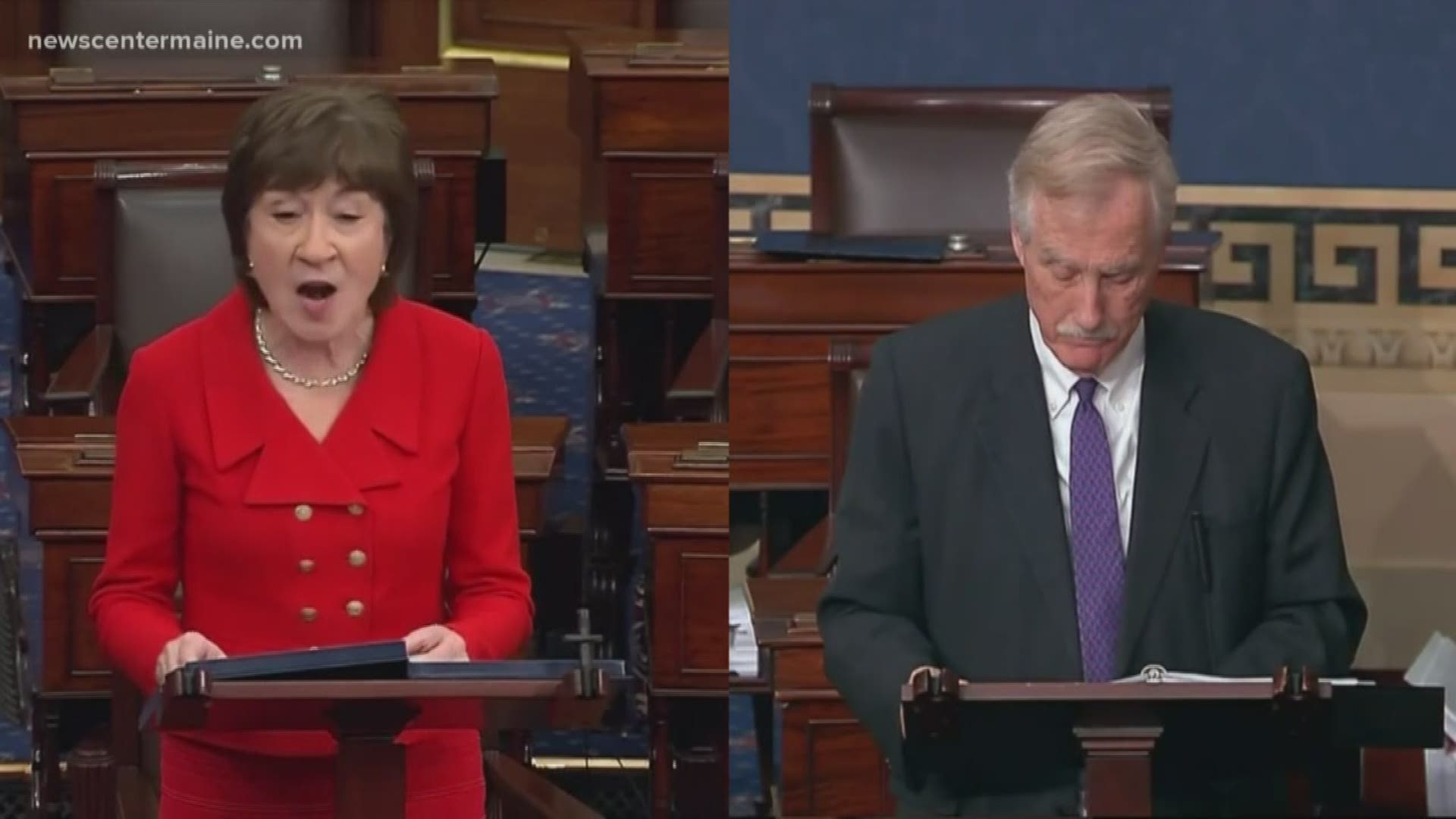 WASHINGTON, D.C., USA — After nearly two weeks of arguments, President Donald Trump's impeachment trial came to an end on Wednesday. Pres. Trump was acquitted for the two articles of impeachment—abuse of power and obstruction of Congress—in a 52-48 vote on Article I, and in a 53-47 vote on Article II.

Maine Sens. Susan Collins and Angus King revealed how they planned to vote on Tuesday in speeches on the Senate floor, and cast their final votes on Wednesday.

The two senators had starkly different views on the vote, though both agreed the president's actions were wrong.

"It was wrong for President Trump to mention former Vice President Joe Biden on that phone call, and it was wrong for him to ask a foreign country to investigate a political rival," Collins said.

She went on to explain her decision by saying, "The point is, impeachment of a president should be reserved for conduct that poses such a serious threat to our governmental institutions as to warrant the extreme step of immediate removal from office." 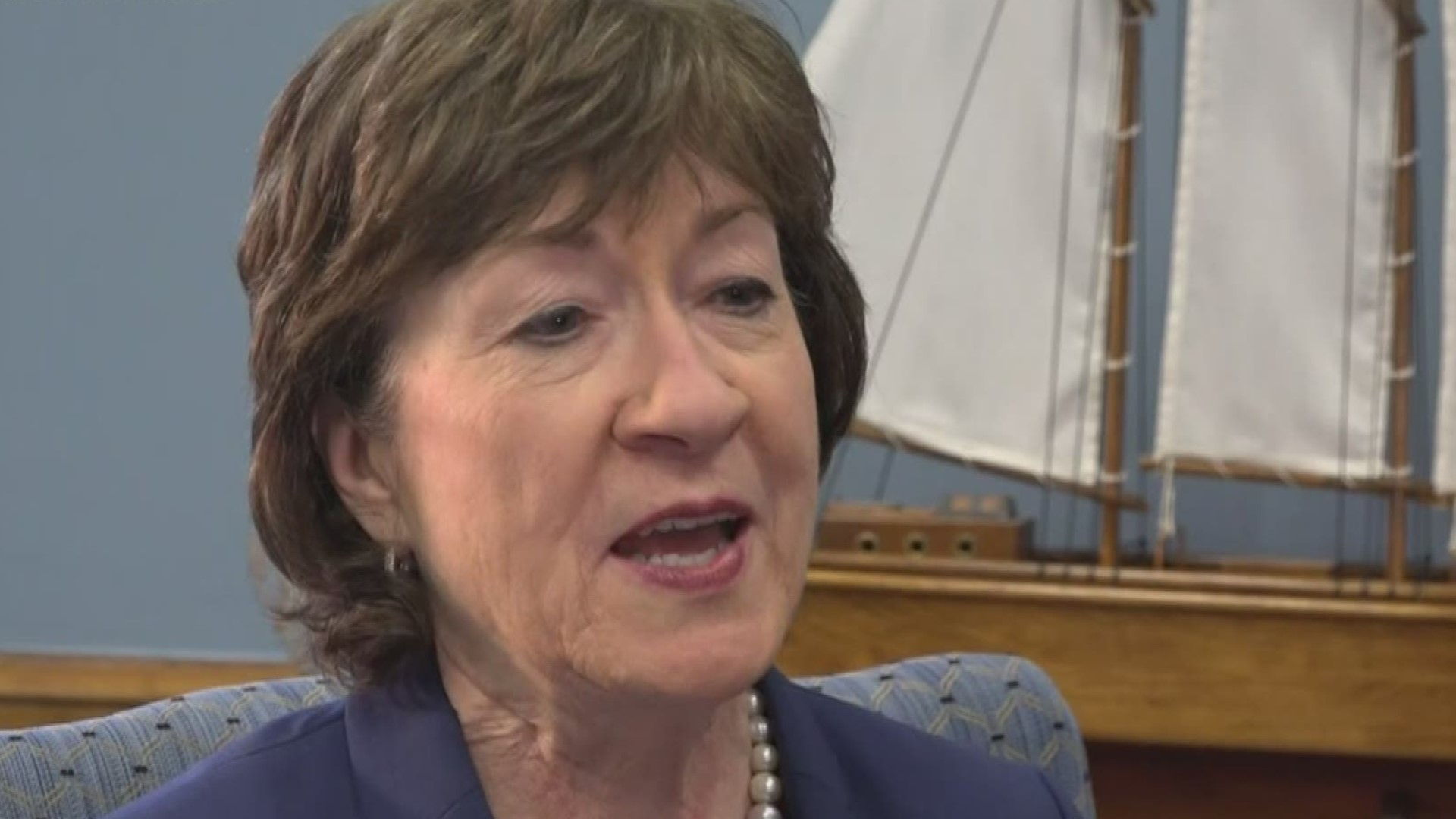 Collins, who has been seen as a crucial swing vote in the impeachment trial, broke from her party in the witness vote last week. Despite her decision on that vote, it failed and no witnesses were called.

King, however, voted to convict the president in the official vote on Wednesday. King has been outspoken over the last nearly three weeks of proceedings about the allegations surrounding Pres. Trump. He called them "serious" and "inappropriate."

He first told NEWS CENTER Maine last week he would "likely vote guilty" adding "that's how the facts appear to me."

"I have always been a conservative on impeachment," King said in his speech Tuesday on the Senate floor. "Impeachment is not a punishment, it's a prevention."

RELATED: President Trump delivered State of the Union on eve of impeachment verdict

RELATED: At least 10 Democrats to boycott President Trump's State of the Union

RELATED: VERIFY: Why senators running against the president can vote in the impeachment trial