Gov. Newsom's criticism veered far from his statements throughout the pandemic, during which he often passed on opportunities to criticize Republicans. 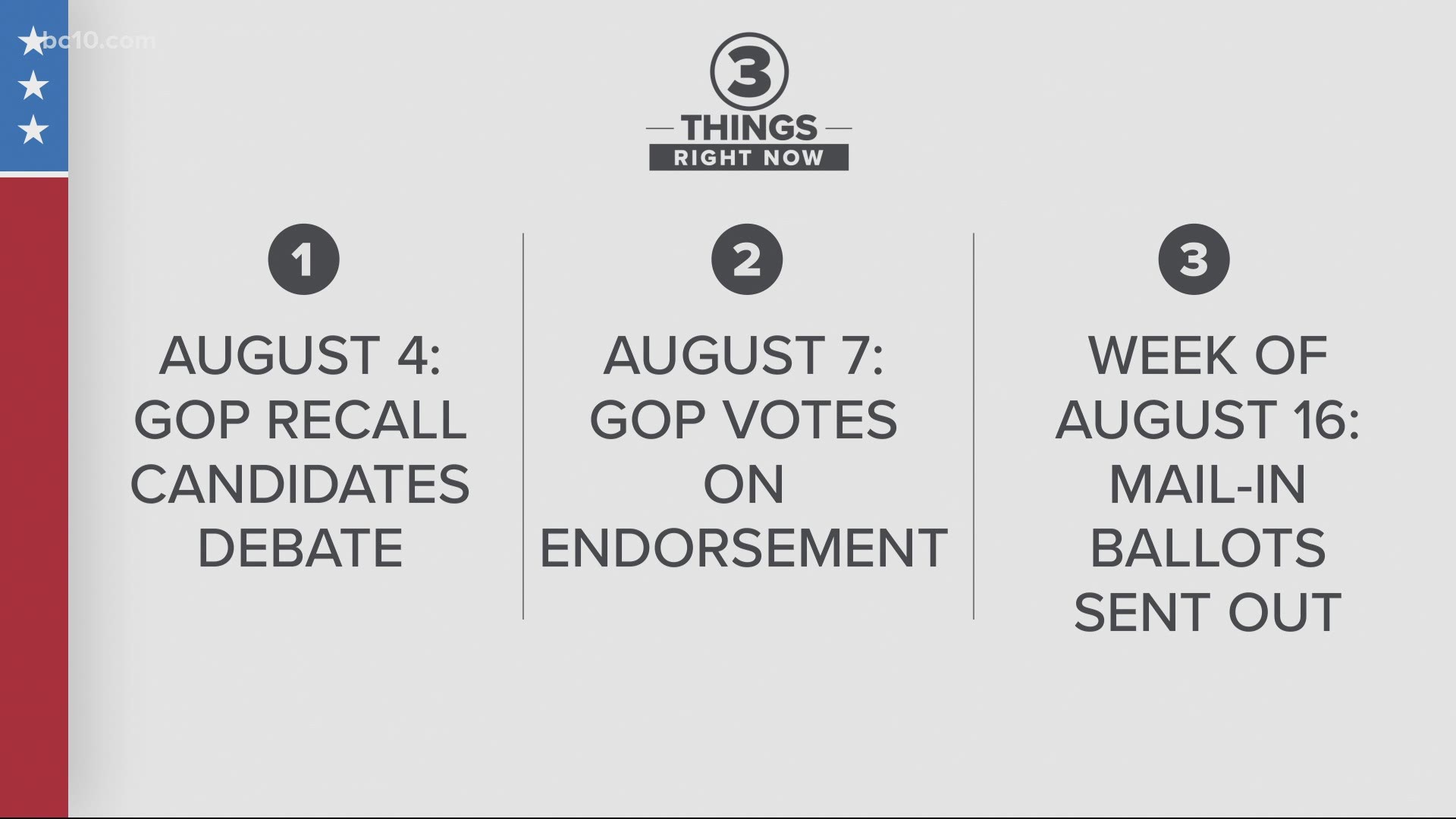 A Berkeley IGS poll released this week shows the race for the upcoming gubernatorial recall election is a lot tighter when considering Californians most likely to vote.

According to the poll, when considering just those voters likely to participate in the recall, 47% of respondents are in favor or recalling the governor and 50% are in favor of retaining – within the poll’s 3% margin of error.

The opinion of the overall electorate, however, has remained virtually unchanged. According to the poll, 36% of all registered voters in the state would vote to recall Gov. Newsom, while 51% would vote to keep him in office.

Of the candidates running under the Republican banner, the poll found conservative radio host Larry Elder leading the pack with 18% of respondents choosing him as their candidate. Elder is was followed by John Cox and Kevin Faulconer with 10% of the vote, Kevin Kiley at 5%, and Caitlyn Jenner at 3%.

Kevin Faulconer was in San Francisco on Tuesday to talk about the crime rate in California.

Ahead of his campaign event, Faulconer blasted Newsom, claiming that crime rates in the state “are at a 13-year high.” He also wrote that “decriminalization of theft combined with allowing the early release of violent criminals back into society isn't helping.”

Larry Elder speaks out against expected CDC update to mask-wearing

Conservative radio host Larry Elder is making a preemptive strike on news that the Centers for Disease Control and Prevention (CDC) will reverse course on its masking guidelines, recommending that even vaccinated people wear masks indoors in certain settings.

CDC Will Recommend Everyone In K-12 Schools Wear A Mask--Regardless Of Vaccination Status Wear A Mask--In New Guidance https://t.co/pKJRtWqCDl#WeveGotACountryToSave

California Gov. Gavin Newsom is getting political as he makes a fresh push for vaccinations in the nation's most populous state.

The Democratic governor on Monday blamed “right wing" politicians and media for perpetuating misinformation about the shots and hindering vaccine efforts. He announced the state will require employees and all health care workers to show proof of vaccination or submit to weekly testing.

His criticism veered far from his statements throughout the pandemic, during which he often passed on opportunities to criticize Republicans.

The back-and-forth could help Newsom motivate his Democratic base in the upcoming recall election.

Your anti-vaccine lies are literally killing Americans. Your own supporters are following you off a cliff and into the ICU.

Come clean about vaccines -- they save lives. https://t.co/pJjlzJ3TVJ

On July 21, Weber signed off on the finalized list of candidates who'll appear on the recall ballot. The number grew to 46 after a judge ruled that candidates should not be required to submit tax forms for a recall election.

WATCH ALSO: Gov. Newsom announces state to require proof of vaccination or weekly testing for all state workers, others