As of December last year, the search continued for the parents of 628 children who had been separated from their families under Trump's "Zero Tolerance" policy. 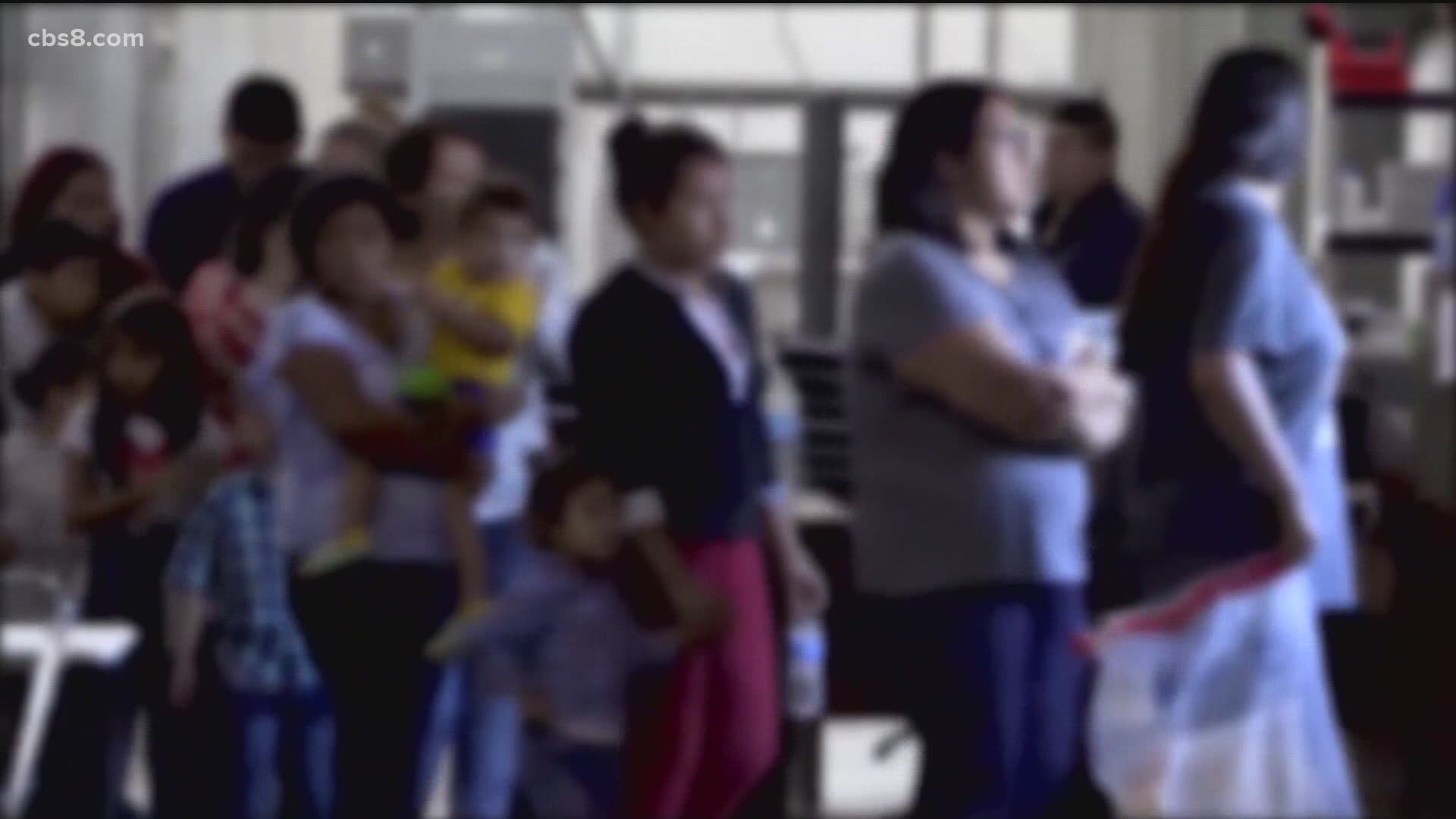 SAN DIEGO — In a  move to reverse what he called "the national shame of the previous administration," President Joe Biden took executive action Tuesday on the immigration front.

Among the new orders he signed was the creation of a "border task force" that aims to reunite hundreds of children with their parents, after families were forcibly separated at the border during Donald Trump's time in office.

President Biden made it clear as he signed these executive orders that he was "not making new law," he said, but instead "eliminating bad policy."

"We're going to work to undo the moral and national shame of the previous administration that literally, not figuratively, ripped children from the arms of their families, their mothers and fathers at the border, and with no plan," Biden said as he signed the order.

The Biden administration does have a plan, unveiling a new task force on Tuesday to locate and reunite families who were separated at the border under the Trump Administration's "Zero Tolerance" policy.

According to the ACLU, under that policy, more than 5,400 children had been separated from their parents since November 2017.

As of December last year, the search continued for the parents of 628 kids, according to a lawsuit filed in federal court in San Diego.

The Trump administration separated families as a deterrence effort to dissuade families from seeking safety.

But families had no choice, they were fleeing life-threatening danger. pic.twitter.com/ffgStN4ZO5

"We know of many cases where they were fooled into being separated. Oh, we're just going to give them a shot, we're just going to check this and be right back. And they never saw their parents again," said local immigration rights activist Enrique Morones, executive director of the San Diego non-profit Gente Unida.

Morones said tracking down these parents after they've been deported back to their home countries can be particularly challenging.

"Nobody knows what the situation is, and a lot of times they don't have access to mass media. They don't even know they're trying to reunite the families," Morones said. "It is not as easy as turning on your TV. A lot of time they don't have a TV, so it is going to be a massive effort."

This massive effort will require considerable time, as well. This new task force to reunify families will not make an initial report to the president for four months. In response to that time frame, groups like the ACLU are critical, saying "the government must move quickly."

The other orders which Biden signed Tuesday require a review of the Trump administration's "Remain in Mexico" policy, which forced asylum seekers to wait outside the U.S. while their cases are heard, and also call for a review of restrictions made to the legal immigration system while Trump was in office.

These orders were signed the same day that the U.S. Senate confirmed Alejandro Mayorkas to lead the Department of Homeland Security, the first Latino to ever hold that position.

Today Alejandro Mayorkas was officially sworn in as the Secretary of Homeland Security: https://t.co/viMLILFA8o

“DHS bears an extraordinary weight on behalf of the American people, the weight of grave challenges seen and unseen,” said Secretary Mayorkas. pic.twitter.com/bbF5WFSBgm