RNC could move to outdoor venue in Jacksonville 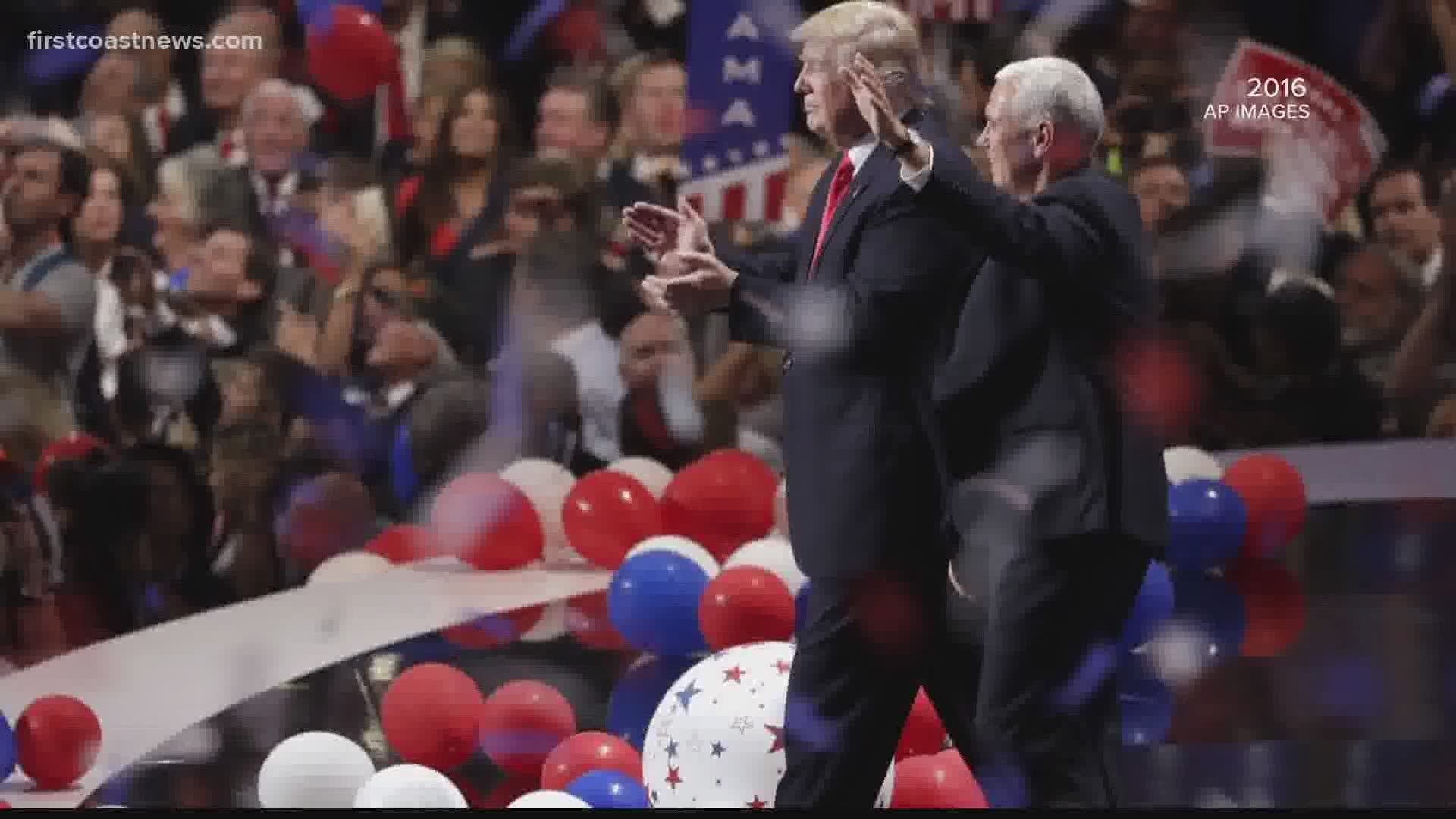 JACKSONVILLE, Fla — The Republican National Convention could be moving from the VyStar Veterans Memorial Arena to an outdoor venue as the number of COVID-19 cases in Florida is on the rise, according to a new report from the Washington Post.

Leaders are also considering the logistics of hosting such an event at an outdoor venue, according to two Republicans involved in the planning, the Washington Post reports.

Republican fundraiser and donor Dan Eberhart who is planning on attending the convention confirmed to First Coast News the Republican National Committee is considering moving the event to TIAA Bank Field.

"The sense I get is they're committed to having it. They may just scale it down even further if the cases skyrocket or continue to climb, but I haven't heard anyone talk on the Republican side, my friends at the RNC, talk about canceling the convention. I've heard no talk of that," Eberhart said.

A spokesperson from the RNC Host Committee tells First Coast News in addition to Veterans Memorial Arena, TIAA Bank Field, 121 Financial Ballpark, Daily’s Place and other venues will be a part of hosting the convention.

The news comes just one day after seven downtown business owners and residents filed a lawsuit seeking to block the RNC from coming to the city over concerns it could cause another spike in coronavirus cases.

The RNC is projected to bring thousands of people to the area surrounding Vystar Veterans Memorial Arena, where the plaintiffs live and work. The lawsuit calls it "a nuisance injurious to the health, welfare and property rights of the Plaintiffs ... and the health and welfare of the community of Jacksonville ..." It notes the surrounding area is predominately African American, a community that has been disproportionately impacted by the COVID-19 pandemic.

The move would be the latest in a string of changes leading up to the convention, which President Donald Trump has been adamant about hosting in its full, in-person scale despite a surge in COVID-19 cases in Florida and other states. Jacksonville Mayor Lenny Curry led the motion last month to move the convention to town after the president said he would move it away from its original location of Charlotte, North Carolina, due to a disagreement with state leaders over health measures.

President Trump was reportedly briefed on the options of moving the convention away from the indoor arena and is expected to make a final decision in the upcoming days. Tuesday, the president said the GOP is "always looking at different things" when discussing the logistics of the RNC.

"When we signed in Jacksonville, we wanted to be in North Carolina," the president told a reporter for Gray Television when asked about possible changes to the convention should Florida COVID-19 cases continue to climb. "That almost worked out, but the governor didn't want to have people use the arena, essentially. And so I said, 'Too bad for North Carolina.' And then we went to Florida ... when we signed a few weeks ago, it looked good. And now all of a sudden it's spiking up a little bit and that's going to go down. It really depends on the timing. Look, we're very flexible. We can do a lot of things, but we're very flexible."

About 200 Florida-based doctors, including many from the First Coast, signed an open letter to Curry in June, calling for the RNC in Jacksonville to be postponed, calling the event "medically disrespectful to citizens."

On Tuesday, Curry said he is in self-quarantine after coming in contact with someone who tested positive for COVID-19.

Republican party officials have said they will abide by whatever local health restrictions are in place from Aug. 24 to 27, when the convention's official events are expected to be held.

The Centers for Disease Control and Prevention has warned large in-person gatherings where practicing social distancing is difficult are some of the highest risk activities for spreading the coronavirus. An outdoor convention would have to contend with its own set of risks, such as Florida's triple-digit temperatures typical for August and the threat of rain.

Jacksonville is one of three cities designated Tuesday by the Department of Health and Human Services for a testing surge, temporarily increasing federal support to "communities where there has been a recent and intense level of new cases and hospitalizations related to the ongoing outbreak."