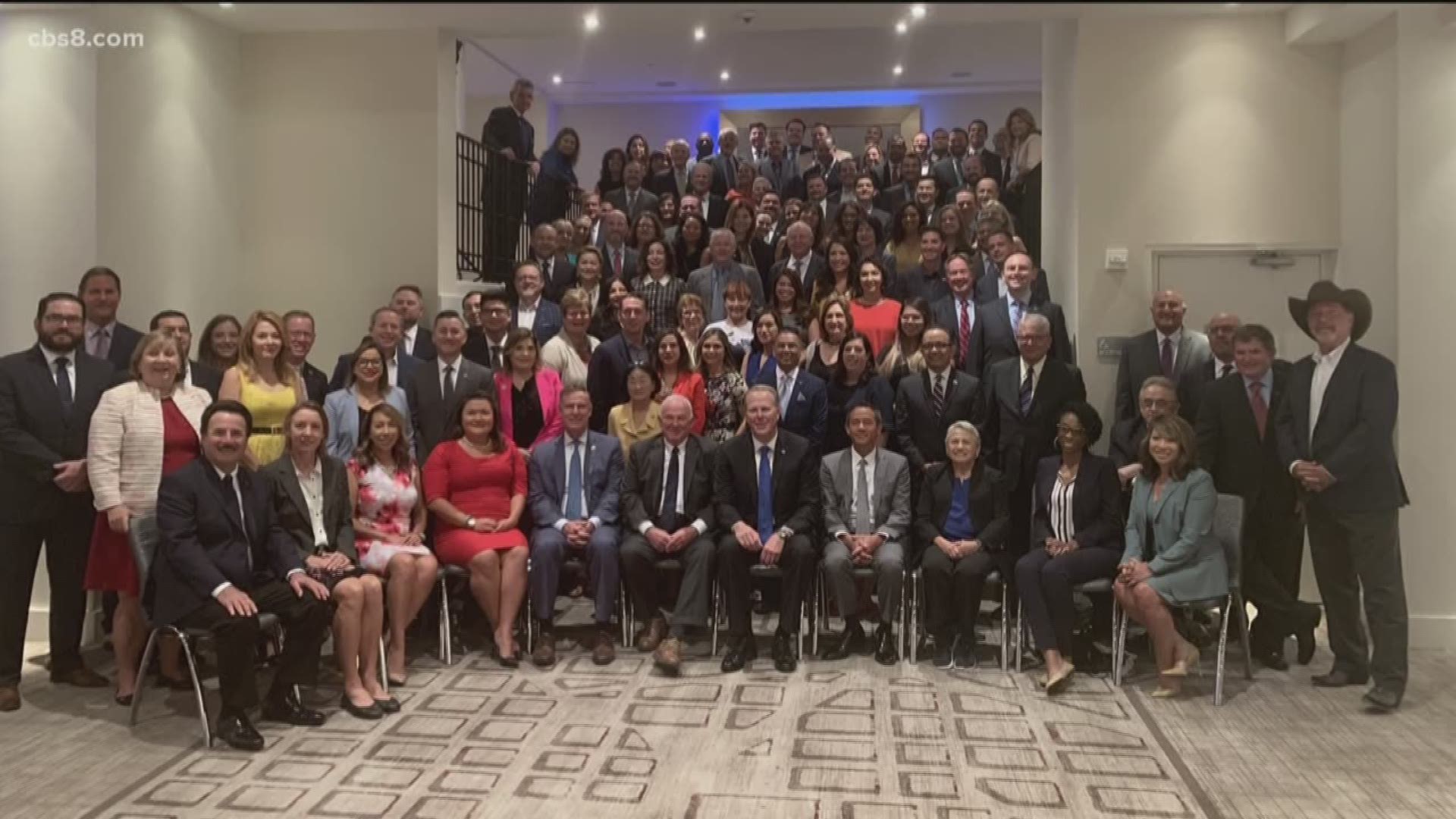 During the three-day trip, the group is expected to discuss issues such as transborder pollution in the Tijuana River Valley, the U.S.-Mexico- Canada Agreement, homelessness and support for military veterans with federal cabinet officials, Sen. Dianne Feinstein and members of San Diego's Congressional delegation.

RELATED: South Bay leaders ask Trump to help after 160 million gallons of sewage spill into the Tijuana River from Mexico

"Our delegation is working to rally federal support for the projects and policies that directly affect business and the people living and working in the Cali-Baja region," chamber President and CEO Jerry Sanders said. "With such a large, diverse group we're not just telling our nation's leaders that these issues are important to our region, we're showing them who it matters to and why."

The delegation is the largest to take part in the chamber's annual trip to the nation's capitol. The group is expected to return to the region Sept. 25.