Bloomberg is polling at 5% in California and has major ground to cover to catch up to front runners VP Joe Biden, Sen. Bernie Sanders, and Sen. Elizabeth Warren. 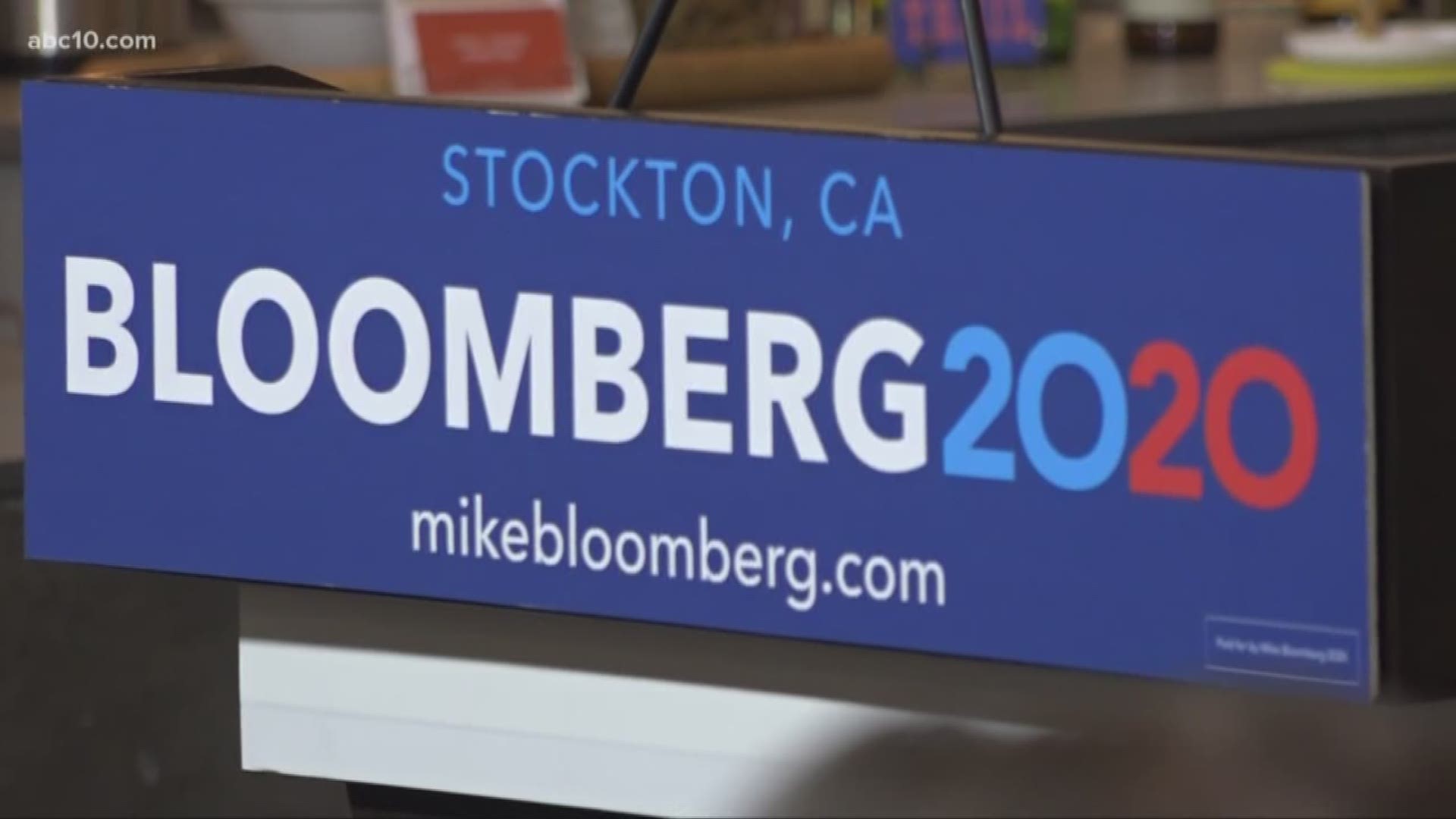 STOCKTON, Calif. — Democratic Presidential hopeful Mike Bloomberg was in Stockton on Wednesday to officially receive the endorsement of Mayor Michael Tubbs and join a discussion on housing and economic opportunity.

Tubbs, who appeared to be poised to endorse California Sen. Kamala Harris before she dropped out of the race, said he endorsed Bloomberg because he has "the record, relationships, and resources to win."

"Affordable housing and homelessness is a huge issue facing Stocktonians and the state," Tubbs said in a tweet following the event. "I’m glad that we worked on and released a set of proposals informed by Stockton’s experience to ensure that everyone can afford to live in their community."

Tubbs and Bloomberg previously met two years ago at a dinner, sometime after Tubbs was elected the youngest mayor ever to represent a city with a population of more than 100,000 residents.

The billionaire also received an endorsement at the event from San Jose Mayor Sam Liccardo, who told ABC7 News Bay Area Bloomberg is "shown time and time again" that he will take on big oil, the gun industry and the soda lobby.

The 77-year-old Bloomberg, who announced his candidacy in November, is polling at 5% in California, according to recent CNN polling. The former New York City mayor has ground to cover to catch up to front runners former Vice President Joe Biden, Sen. Bernie Sanders and Sen. Elizabeth Warren.

In his first stop in California, Bloomberg called for affordable housing, promising to increase construction of said housing through “tax credits and direct government spending” if elected President.

Bloomberg, a former Republican and former independent, touted his record in New York, claiming that he reduced murder and incarceration rates, while raising graduation rates and teacher salaries.

It's a claim that he mentioned ahead of his candidacy at a church in Brooklyn, and one that has been argued by some as taking too much credit for a trend that was already on the decline years before his tenure.

Bloomberg has been highly criticized for his stop-and-frisk policy, which all but allowed New York Police officers the green light to search anyone on the street they assumed could be suspected of a crime. The policy led to the disproportionate rate of arrests of black and Latino New Yorkers.

"In looking back, certainly in the third term, I think it got out of hand," Bloomberg said of the policy. "Maybe I should have paid more attention."