Just 41 candidates filed all the paperwork necessary by the 5 p.m. July 16 deadline to run to replace Democratic Gov. Gavin Newsom in the Sept. 14 recall. 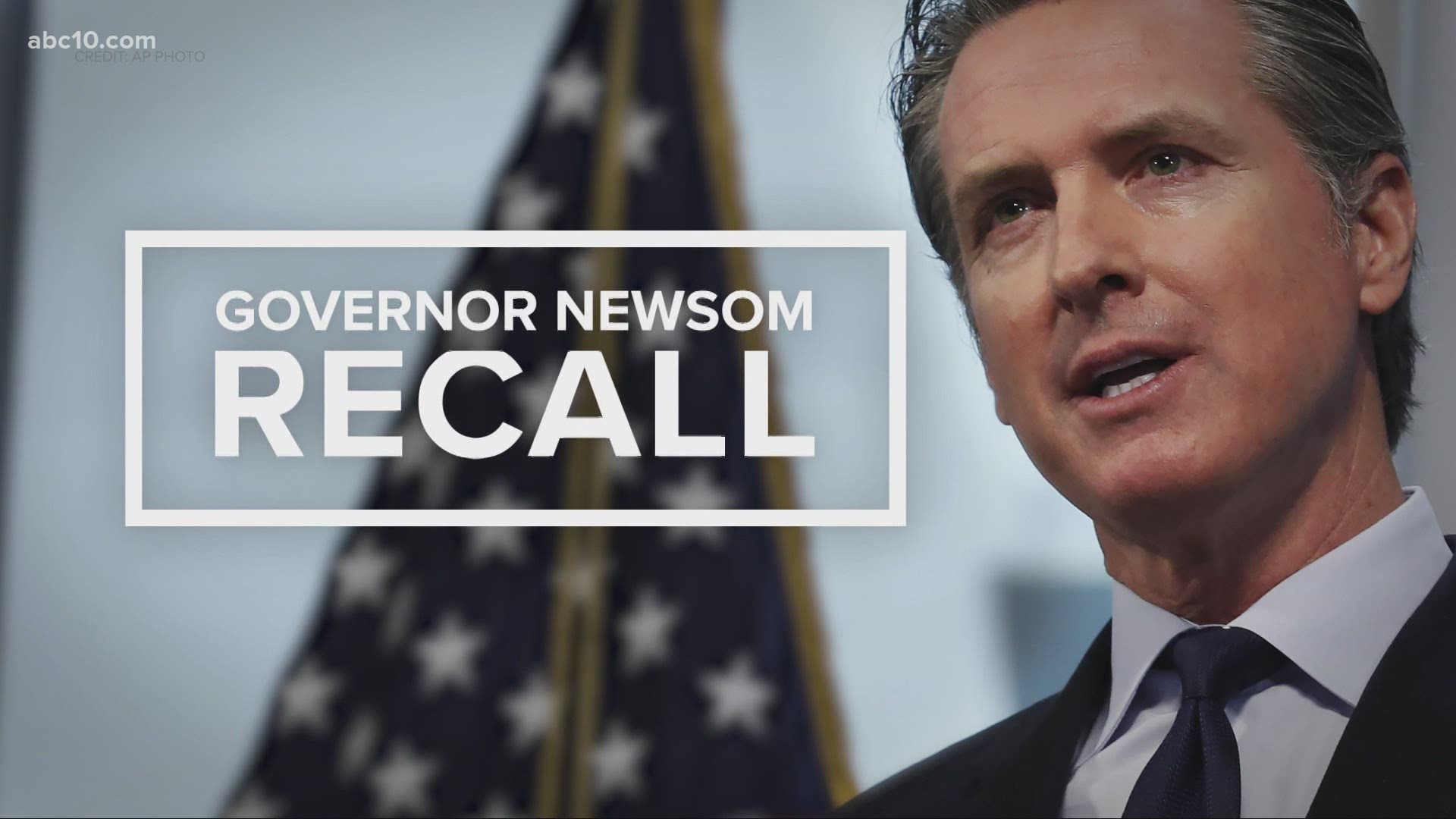 SACRAMENTO, Calif. — California’s second gubernatorial recall election in history is shaping up to be pretty different from the first.

Just 41 candidates filed all the paperwork necessary by the 5 p.m. July 16 deadline to run to replace Democratic Gov. Gavin Newsom in the Sept. 14 recall — a field that includes GOP politicians, a reality TV personality, a YouTuber, a retired detective, a cannabis advocate, several business owners and even a new-age shaman.

What it doesn’t include: Anyone with the star power that actor and body builder Arnold Schwarzenegger enjoyed when he disrupted the political scene in 2003 and ousted then-Gov. Gray Davis. It also doesn’t include any prominent Democrats who might be seen as a viable alternative to Newsom by California’s overwhelmingly blue electorate.

That’s good news for Newsom as he fights to keep his job, said the man who managed Davis’ unsuccessful campaign against the 2003 recall.

Here’s a look at who will be on the ballot in California’s historic recall election:

A lot will hinge on how many Californians decide to vote. Polls show that Republicans are enthusiastic about the recall, while Democrats are not very tuned in that it’s happening. Even though, overall, Democrats outnumber Republicans by 22 percentage points in California, Newsom could be damaged by strong turnout among GOP voters and weak turnout among Democrats.

“A sleepy race can pose its own challenges for Newsom,” said Rob Stutzman, a Republican consultant who worked on Schwarzenegger’s campaign. “If there is a lack of intensity among Democrats, something weird could happen.”

Newsom enjoys a massive fundraising advantage over his challengers and has already raised $31 million to fight the recall. State law allows the target of a recall to accept unlimited sums of money — and his campaign committee has already received several donations of $1 million or more. Challengers can only accept as much as $32,400 from each single donor.

But a recent spike in COVID cases and new mask mandates in some parts of California create uncertainty that could change the political landscape.

The recall ballot includes two questions. The first requires a yes or no answer: Do you want to recall Newsom? On the second question, voters can pick one candidate to replace him. Unless a majority votes “yes” on the first, the second doesn’t matter, except perhaps to show who has the most support heading into the 2022 regular election for governor.

“Across our state, Democrats are united against this Republican recall,” said Nathan Click, a spokesman for Newsom’s anti-recall campaign. “They understand this recall is nothing more than a partisan power grab.”

The most well-known challengers include Republicans Caitlyn Jenner, a  transgender reality TV personality and former Olympic athlete; John Cox, a businessman who lost to Newsom in 2018; and Kevin Faulconer, the former mayor of San Diego.

“We have the broad brush that this election deserves,” said Anne Dunsmore, a manager for the recall campaign.

She said she is happy with the field of candidates, “some who have a background in politics and some who don’t, but who have remarkable followings in the endeavors they are involved in.”

Dunsmore said she believes that having lots of candidates in the race — even if none are likely to consolidate a huge number of votes — will help the effort to oust Newsom by bringing in more people to vote “yes” on the question of whether to recall him.

The 41-person field is actually much smaller than it was in 2003, when 135 candidates ran to replace Davis.

This year, candidates had to comply with a new requirement: submitting five years of tax returns that will be posted publicly on the secretary of state’s website. Several people who flirted with running — including Trump administration official Richard Grenell, conservative talk radio host Larry Elder, California secession advocate Louis Marinelli and adult film performer Mary Carey — did not, in the end, submit the required paperwork.

On July 17, the secretary of state’s office released a list of candidates who have “fulfilled the qualifications and requirements to appear on the ballot.” It plans to issue a certified list, with final ballot designations, on Wednesday.