Many retirees that normally work on election day are staying home due to health concerns. 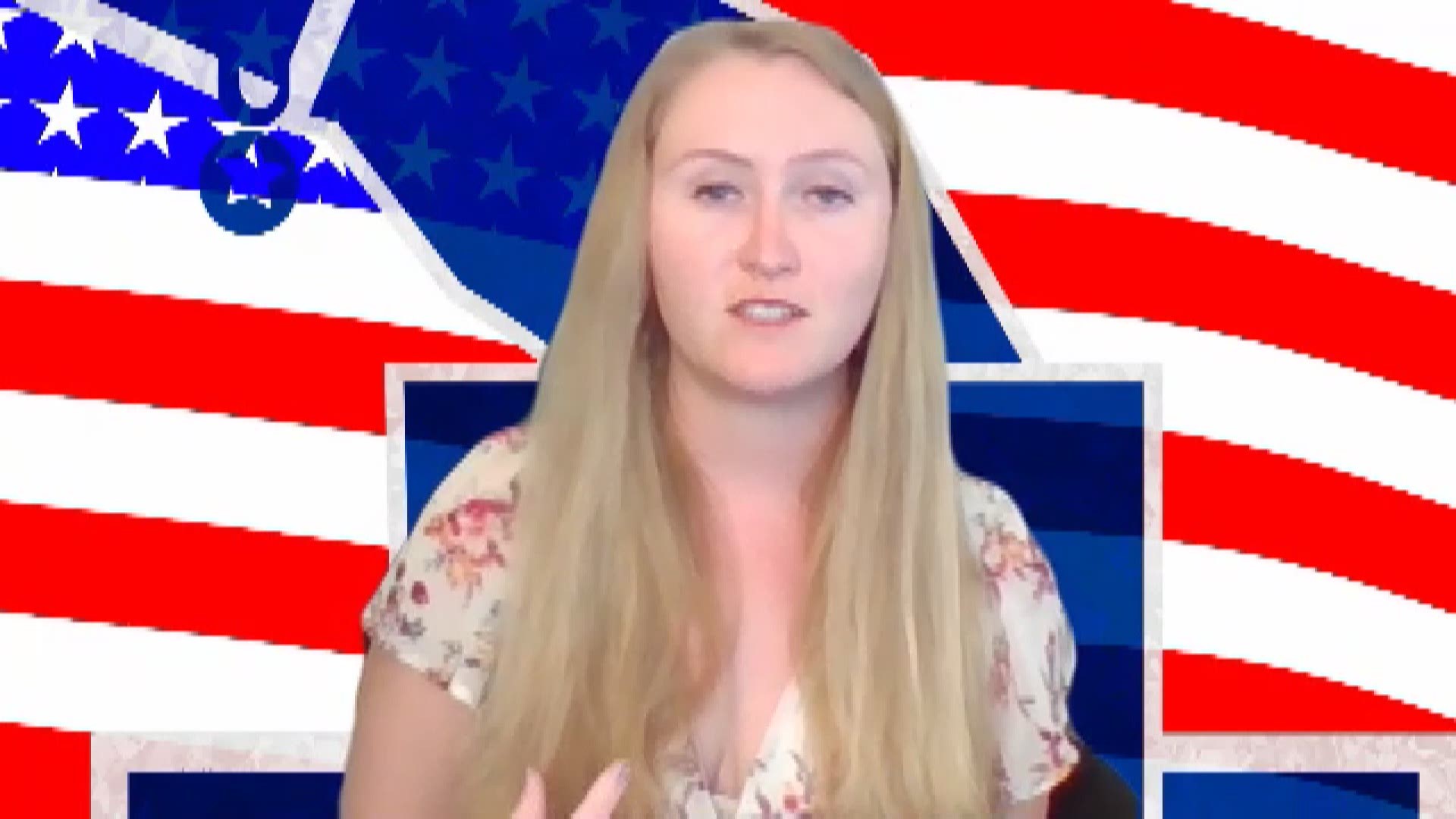 SAN DIEGO — When you think of a poll worker, there’s a good chance you picture a retiree waiting to greet you with the quintessential “I voted” sticker on election day. In fact, according to the U.S. Election Assistance Commission, 58% of poll workers in the 2018 general election were over 60.

Endiya Griffin doesn’t fall into that category, however.

“I think more people would do it if they knew that they could,” said Griffin.

The then-17-year-old San Diegan wasn’t even old enough to vote herself when she was a poll worker during the California March Primary - just as COVID-19 fears were starting to pick up.

“I was the only student poll worker and a lot of them were probably like in their 60’s, and so they were a little concerned about people licking the envelopes before they placed them into the ballot box,” said Griffin.

Many of the “traditional” poll workers are concerned about contracting COVID-19 due to their high-risk age group, so they’re sitting this election out. This means this election won’t just look different because of face coverings. In order to meet the demands, organizations are recruiting young people to become poll workers.

Bob Brandon is the president of the Fair Elections Center in Washington DC, a nonpartisan group. The organization works with college campuses across the country as part of the “Campus Vote Project.”

"It’s time to have a new generation of younger people think about helping out at the polls,” said Brandon.

The Fair Election Center has been working to get young people involved in elections for years, including Californians.

“Of course, it becomes even more important because of the pandemic taking many traditional poll workers who are older out of the system,” said Brandon.

This year, it’s apart of Power the Polls, an initiative that aims to recruit 250,000 new poll workers. Power the Polls draws in big companies that often influence and hire young people, like Patagona, Comedy Central and Starbucks.

Power the Polls claims that the United States is facing a record shortage of poll workers and currently needs about 250,000 more nationwide to keep up.

“Some of it is just a matter of convincing people who have never done this before that it’s a good thing to do,” said Brandon. “It helps your community.”

“When they actually do this for the first time, they find it very rewarding. They’ll often tell other friends that this is a good thing to do [like] ‘I felt really good after’,” said Brandon.

“30% of our poll workers that served in the March 3 presidential primary election were in this high-risk category of 65 plus, but yes, we have been heavily impacted,” said Michael Vu, San Diego County Registrar of Voters.

Vu said while polling places will look different this year, his office is committed to making them reliable.

“Ultimately, this world has caused uncertainty in a world where we need certainty, particularly in elections,” said Vu.

Every registered voter in San Diego County will receive a mail-in ballot, as well as a mailer. Governor Newsom signed two executive orders to send mail ballots to every active registered voter in California. Nearly 75% of the county’s registered voters are already signed up to permanently receive their ballot by mail so the Registrar’s Office is well positioned to manage this increase.

However, San Diegans can still vote in-person if they wish. To accommodate, the county will scrap smaller precincts and utilize larger facilities, so instead of 1,548 locations, there will be approximately 235 locations. However, they’ll be open for four days instead of one. This means voting starts on Halloween.

“Normally something of a change that we’re embarking on would take four to six years if not longer to move and pivot, and here, we’re doing it in less than four to six months and that’s as a result of the pandemic,” said Vu.

This means the needs for poll workers differ. The county needs less poll workers than usual - only about 3,600.

“In any normal situation, we would need around 9,000 poll workers,” said Vu.

To recruit poll workers, instead of offering them the typical small stipend of $75 to $175 for the election day, each poll worker will earn an hourly wage for this larger time commitment of $14 to nearly $18 per hour.

Poll workers can also bank on an eight-day time commitment.

“It also requires a heavier commitment in terms of training whereas a poll worker before had to go through a two-hour on-site training, now we’re asking for a two-day commitment of training,” said Vu.

Vu said the county isn’t necessarily looking for a particular age group of poll workers, but it is looking for people with certain skills like experience with technology or someone who speaks multiple languages.

“Ultimately, we’re elevating the level of skills needed from those individuals that would serve as a poll worker,” said Vu.

Seniors are still allowed to apply if they feel comfortable being a poll worker.

One person that plans on being a poll worker again is Griffin. She’s now 18 years old and it will be her first time voting in an election.

To apply to be a poll worker in San Diego County, click here. 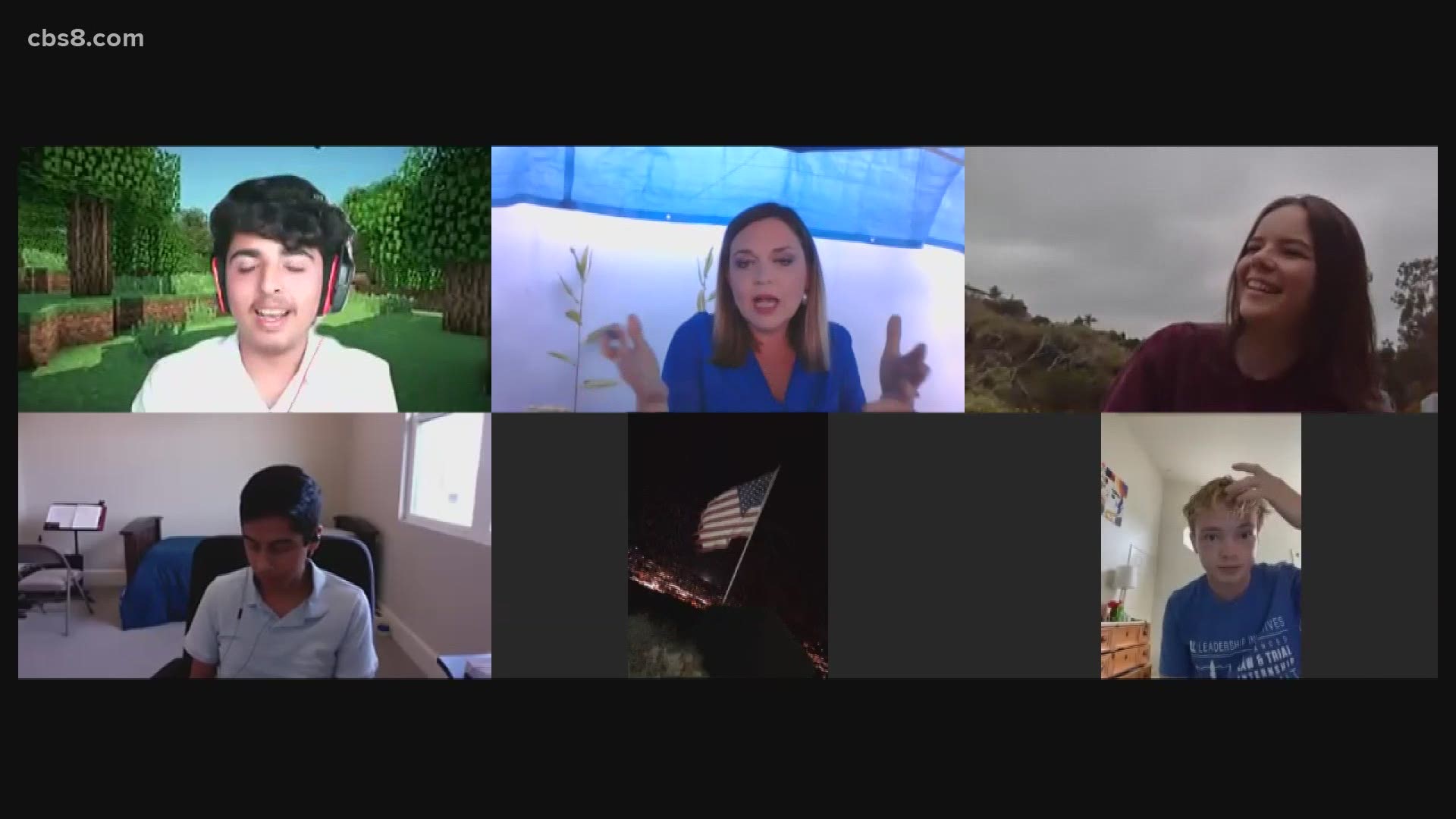