Sacramento County Sheriff Scott Jones spoke at a press conference about a Rancho Cordova shooting that took the life of Deputy Mark Stasyuk and injured his partner and another person. 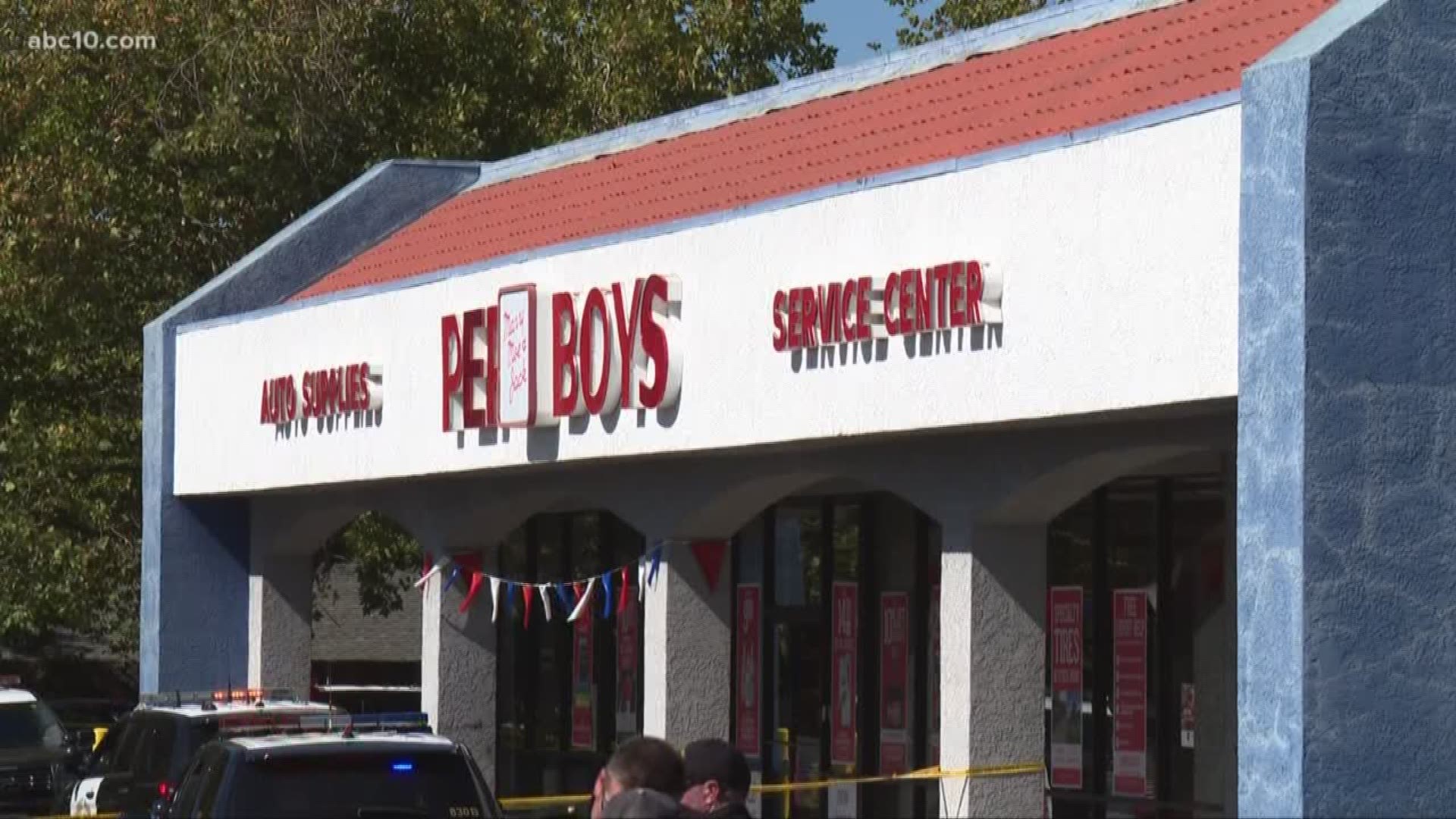 If reading in the ABC10 app, tap here for multimedia.

Sacramento County Sheriff Scott Jones spoke at a press conference about a Rancho Cordova shooting that took the life of Deputy Mark Stasyuk and injured his partner and another person.

According to Jones, just after 1:30 p.m. a dispute between employees and a customer at the Pep Boys on Folsom Blvd. began. When deputies arrived, they found the suspect pacing around the auto parts store.

The deputies approached the suspect and said the needed to talk to him. According to the sheriff, that was when the suspect reportedly ran behind a tall counter and pulled out a gun. Since the suspect was partially hidden, the deputies did not see the gun.

Stasyuk tried to block the front door of the business while Robertson tried to approach the suspect, when the suspect opened fire, explained Jones.

The suspect allegedly shot a Pep Boys clerk in the back, missing a second clerk. The two employees managed to crawl behind a counter during the shooting.

Sheriff Jones says that was when the suspect turned to Stasyuk and opened fire. Stasyuk was shot in the back while trying to take cover in the parking lot, shooting back at the suspect.

The suspect walked out of the store, Sheriff Jones says, following Stasyuk to the parking lot and continued to shoot at him, hitting him in the back on the head.

The suspect began running and shooting at Stasyuk's partner 28-year-old Julie Robertson as she shot back, explained Sheriff Jones.

Robertson called for back-up and reloaded her gun, shooting the suspect as they walked through the service/side entrance of the store, Sheriff Jones said.

The suspect, as the sheriff explains it, walked back outside and began going down Folsom Blvd.

Sheriff Jones says, Robertson chose to put herself in danger, staying between the suspect and the store's employees. She then ran outside and reported where the suspect was headed before started first aid on her partner.

When more deputies arrived, the suspect ran. Deputies followed him into the parking lot telling him to stop, when he began shooting at them. Deputies returned fire, hitting him at least once.

The suspect went down immediately but was still uncooperative, refusing to roll over so deputies could take him into custody, Sheriff Jones said.

The suspect was hit once in the upper body and once in the lower body. He is still hospitalized. When he is released from the hospital, he will be booked.