3 takeaways from Roseville's State of the City address 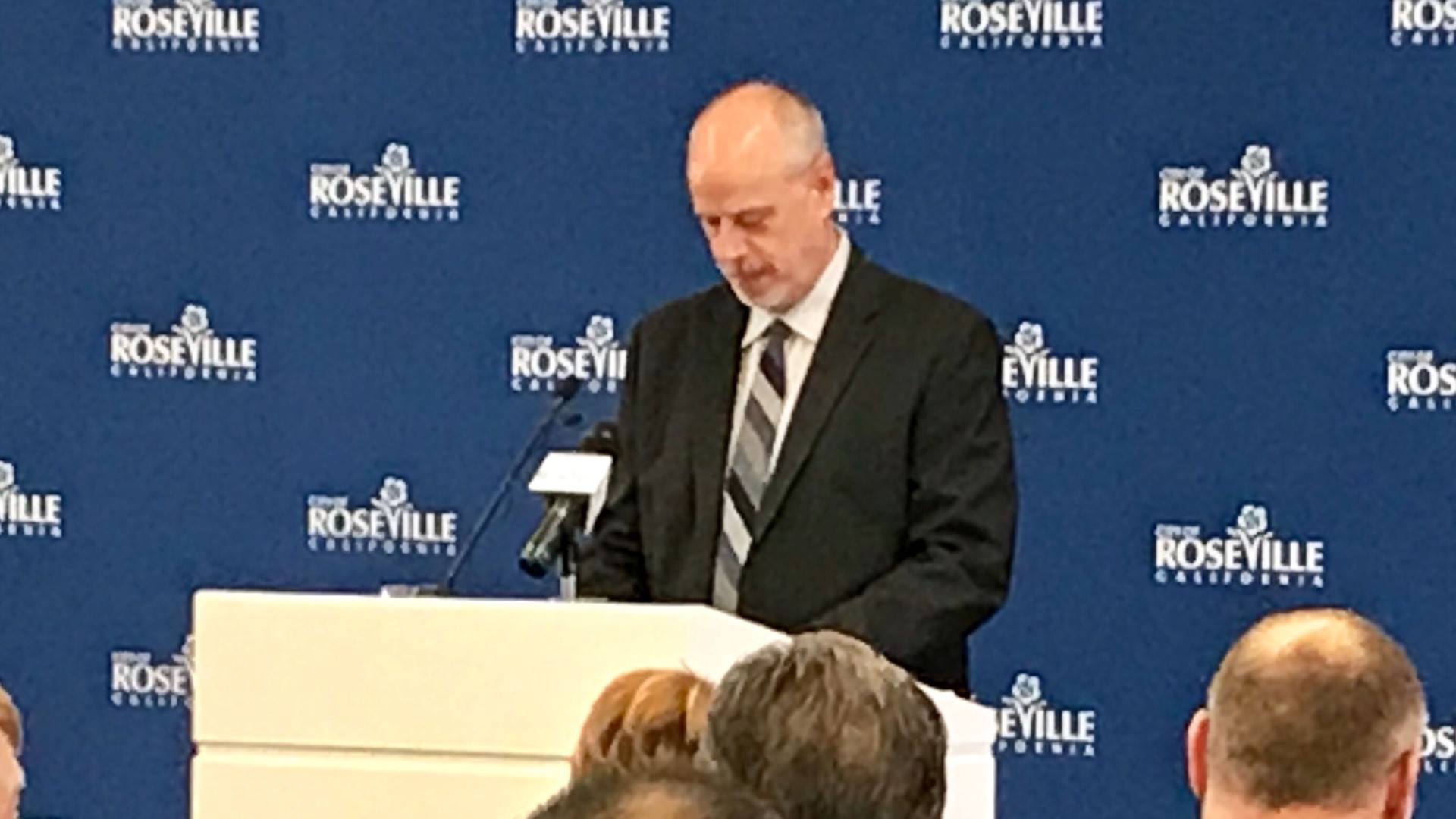 ROSEVILLE, Calif. — As dozens filled the Adventist Health headquarters in Roseville Friday morning, Mayor John Allard II highlighted his focus on the city's economy, quality of life, and growth during Roseville's State of the City address.

RELATED: Why is it called Roseville? Here’s how the city got its name.

Mayor Allard II highlighted the national and statewide recognition that the city has gained in the past years.

He spotlighted the city’s top rankings in areas such as retirement, where the city is among the top 25 in America; health, where it's ranked in the top 30 healthiest places to live in America; and among the top ten cities in California to raise a family.

He emphasized the importance of maintaining those standards for years to come.

“We’ve heard our residents and the desire for them to raise families in a safe and clean place,” he said to the crowd during his speech.

With the city being among the top ten fastest growing cities in California, Mayor Allard II also spoke about how the city plans on keeping up with that growth without impacts to quality of life.

That plan partly includes proper planning of Measure B spending. This half-cent sales tax was approved by voters last November and raised the sales tax to 7.75% in April.

It's expected to bring the city about $16 million in revenue each year, and some of that money will add a police beat to the western side of the city with four police officers.

“It will allow the city to maintain important city levels and expand others,” Mayor Allard II said.

While the mayor did not announce the timing of the implementation, he said the city is growing in the west and, with that growth, comes the need for the additional beat.

The mayor expressed his desire to remain among the 100 safest cities in the country and said the new police beat would help achieve that goal.

As projected growth continues in the near future, officials are looking at the business climate in Roseville.

Mayor Allard II said he sees indications of strong demand. Currently, he said, space is at a premium across all sectors of Roseville’s commercial property.

The office sector is at 91% occupancy and the industrial space is 98% filled and remains a premium in the city, he said. Additionally, retail space showed a strong 96% occupancy, which makes Roseville a regional retail powerhouse. He said that, with proper planning, the city expects to meet demand and growth.

According to the city, 82 residents currently serve on city boards and commissions, and 400 active volunteers help the departments provide services in the city.

This year, the City Council awarded over $350,000 dollars to 15 non-profit organizations that were addressing a wide span of social needs including disability awareness, hunger, homelessness, and veterans’ needs.

Things to do in Roseville, California | Unzipped