155 years after celebrating the end of slavery, activists say this year's anniversary carries a new kind of relevance. 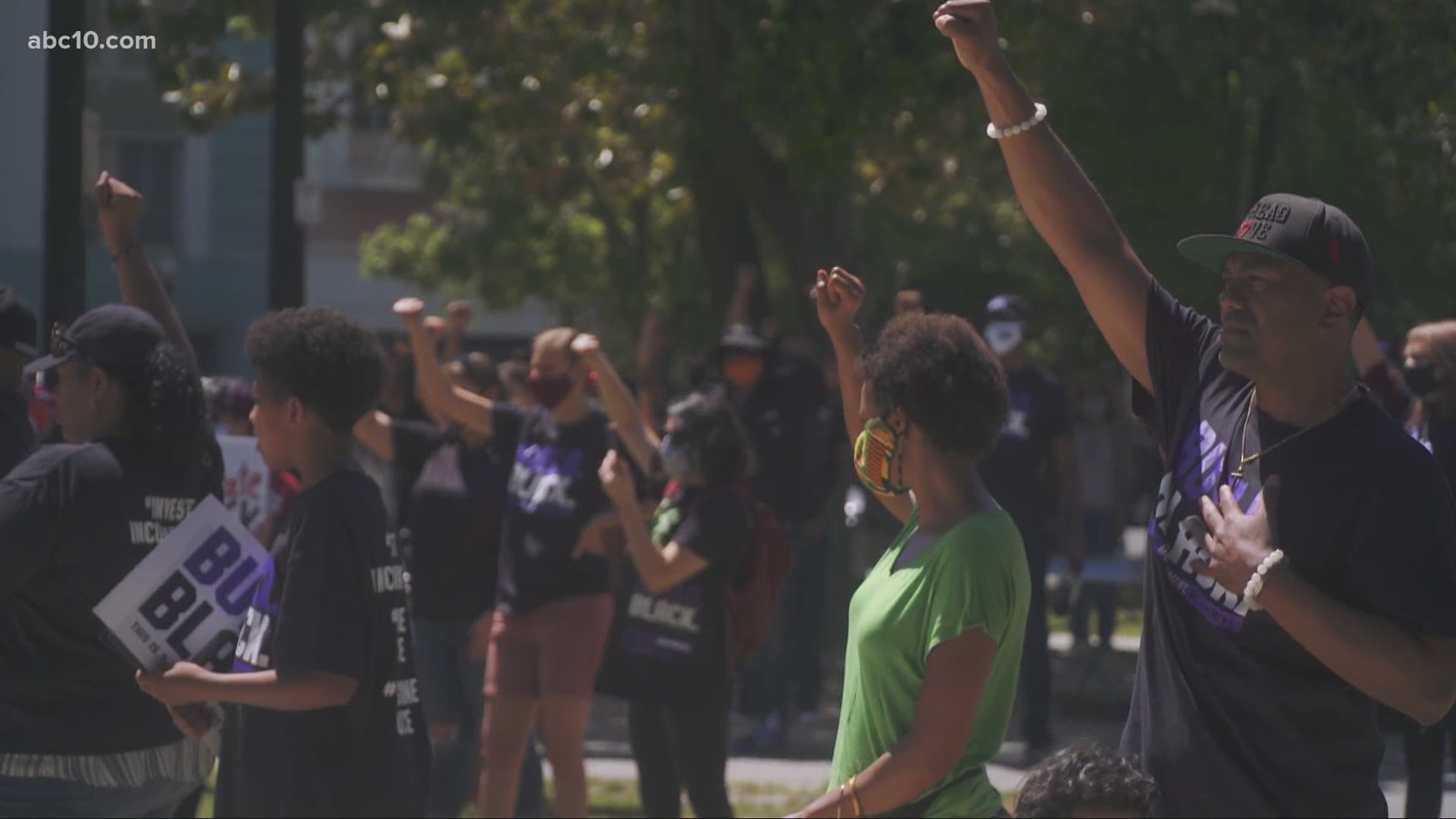 SACRAMENTO, Calif. — Sacramento's Black leaders held a celebration and rally for Juneteenth in Cesar Chavez Park on Friday morning. 155 years after celebrating the end of slavery, activists say this anniversary carries a new kind of intensity in Sacramento.

"We want folks to start listening to the African American community, the social construct around policing has been broken, and it has been broken for many, many years and we are only asking for the same safety, the same opportunities as is afforded to everyone in this country," said Kindra Montgomery-Block, the Associate Director of Community and Economic Development for the Sierra Health Foundation.

Montgomery-Block said that for today is about staying focused on the push for community investment and police disinvestment.

Gary Simon, Executive Director of Sacramento Juneteenth Inc. said that this year, it feels as though the country still has a long way to go.

"We still have these systems, Jim Crow and others, that have kept (Black people) still oppressed and controlled and locked out of a lot of systems," Simon said.

Sparked by the death of George Floyd in Minneapolis and protests all over the world, youth speakers like Xzavion Stevenson are inspired by the number of people willing to stand up for change.

‪Here’s a taste of what we saw at today’s peaceful #Juneteenth rally in Sacramento at Chavez Park as folks whipped out their best electric slide moves! 🕺🏾💃🏼 Hear their story on ABC10 at 5 & 6 p.m. ‬

"I feel like maybe in prior years, people weren't really as tapped into what was going on right now but now I feel everyone is really in sync for the cause and really want to contribute," Stevenson said.

JUNETEENTH RALLY: A rally for Juneteenth is happening now in Chavez Park in downtown Sacramento.

"You cannot just have policing stand the way that it is, it has to change and that is OK because if we were to stand in the way that things were, we would still be back in slavery," she said.

The event was put on by the Black Child Legacy Campaign, Build. Black. and a number of other organizations.