Police confirmed the vandalism was targeted at their 14-year-old son, Jacob, who identifies as bisexual. 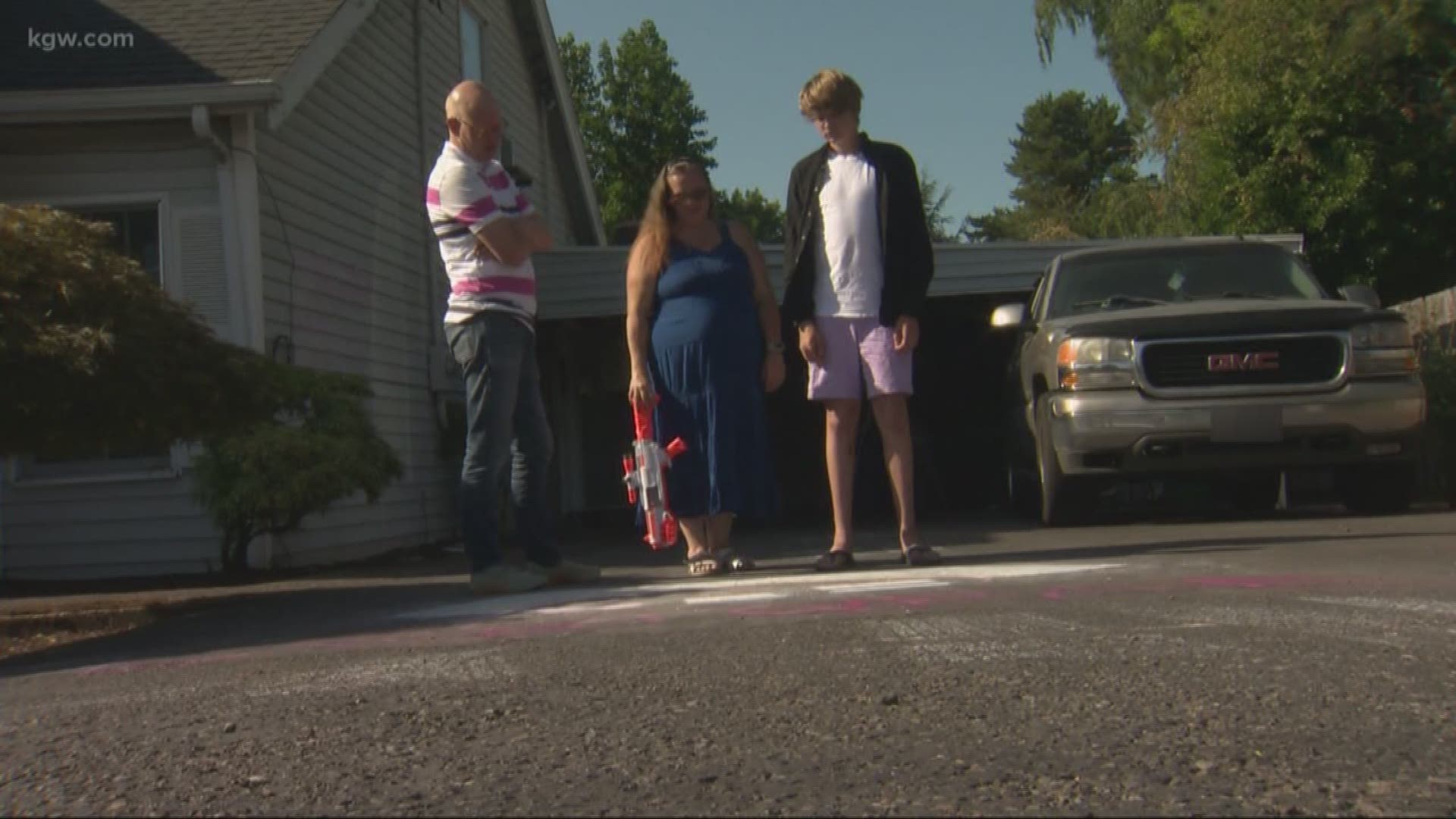 SALEM, Ore. — UPDATE: Salem police said two teen suspects were arrested on August 20 in relation to these bias crimes. Police confirmed that the homophobic graffiti and broken window were directed at the teen boy who lives in the home. The boy identifies as bisexual. Police said they can't reveal the suspects' names, age or any other identifying information because of their age.

A Salem family is turning hateful vandalism at their home into a positive message. Their home and vehicle were tagged with homophobic slurs.

"I was kind of angry and confused as to why someone would do this," Jacob Nelson said.

Jacob, 14, identifies as bisexual. He and his family woke up Saturday to a lot of hate, in the form of graffiti. Somebody tagged their house, vehicle and driveway.

"It was definitely directed at Jacob," his mother, Michelle Nelson, said.

Michelle said the vandals even threw a rock through a front window of the house and tagged a neighbor’s truck.

"I was just flabbergasted and overwhelmed," she said. "Who would do this?"

Michelle suspects the vandalism is the work of some kids who have been bullying Jacob, but she does not know for sure. What she does know is that Jacob will not let this get him down.

"He’s standing up for himself and saying I'll be OK," she said.

Jacob helped clean the graffiti off the house and he touched up the graffiti on the driveway by adding a rainbow and flags. He hopes to inspire the LGBTQ community.

"To be proud of who you are," Jacob said.

Michelle said the detail shop that cleaned up her minivan did it free of charge. She said support from the community has been overwhelmingly positive.

The Nelsons filed a police report. Anyone with information about the case should contact the Salem Police Department.