A similar fundraiser for Fallen Deputy Mark Stasyuk resulted in more than $62,000. 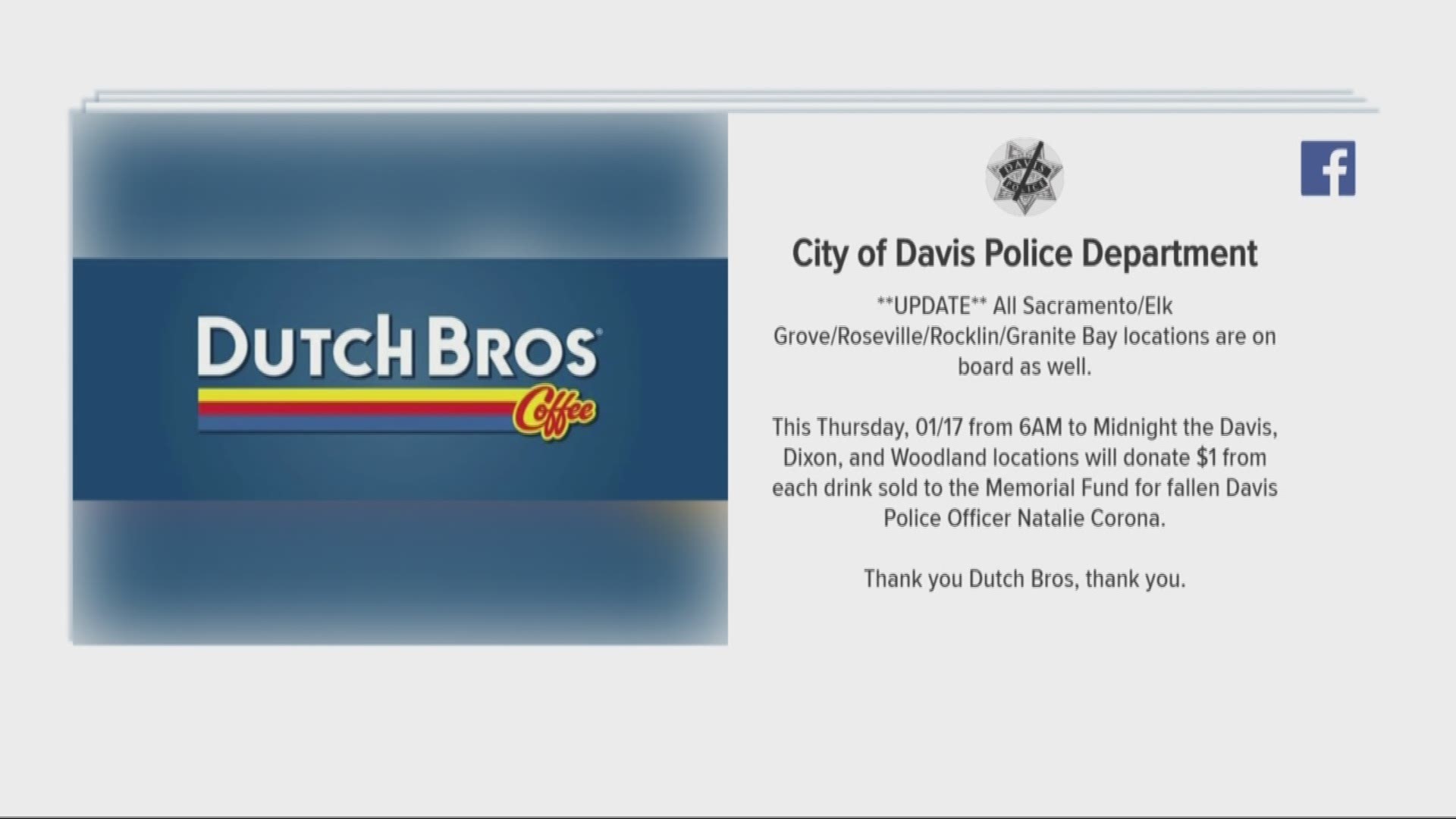 Coffee and a great cause.

Several local Dutch Bros locations will be donating $1 from every drink purchased from the coffee chain to a fund for Fallen Officer Natalie Corona.

The 22-year-old police officer was shot and killed in the line of duty while responding to a car crash last week. The accused gunman, who has been identified as a 48-year-old Davis resident, shot and killed himself hours after police say he shot Officer Corona.

RELATED: Accused Davis Shooter said he was 'hit by ultrasonic waves' in letter

The fundraiser will be held on January 17 at all 26 locations in Sacramento, Elk Grove, Roseville, Rocklin, and Granit Bay.

"In tragic circumstances, we can come together and show our love and support for Fallen Officer Natalie Corona," wrote the Sacramento Dutch Bros location on Facebook.

In September 2018, the coffee company held a similar fundraiser in honor of Fallen Rancho Cordova Deputy Mark Stasyuk, who was shot in the head while investigating a dispute between employees and a customer at a Pep Boys. The 27-year-old deputy died immediately.

The fundraiser resulted in more than $62,000 in donations. According to Dutch Bros, that money was directly donated to Deputy Stasyuk's memorial fund.

Dutch Bros. Coffee Sacramento
In tragic circumstances we can come together and show our love and support for Fallen Officer Natalie Corona. 26 Sacramento-area Dutch Bros are participating. Thank you for your service....