Video captured by a neighbor shows several dozen people blocking the intersection of Watt Avenue and Larchmont Drive while several cars do burnouts and donuts. 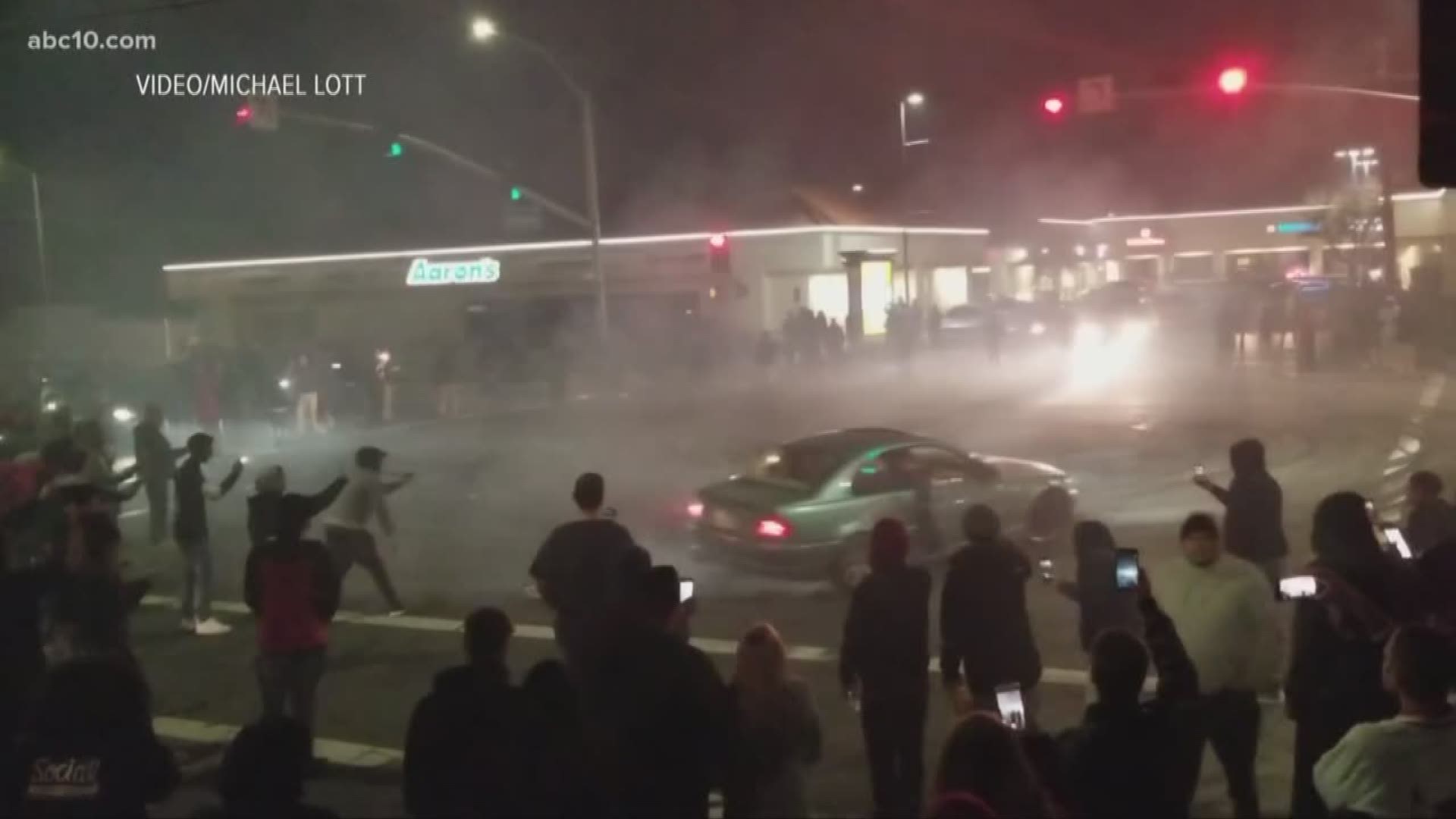 SACRAMENTO, Calif. — Police responded to numerous illegal sideshows Saturday across the North Sacramento area, most of which were caught on camera and posted to social media.

A driver suspected of reckless driving fled from police when officers attempted a traffic stop, CHP Sergeant Jeff Carlisle said. The driver was one of two people arrested, in addition to the five vehicles impounded, and at least a dozen people cited with offenses related to illegal sideshows.

After a short pursuit, the driver crashed into a parked car and fence in a neighborhood. That driver sustained minor injuries and was arrested for fleeing from police and reckless driving.

A sideshow is an illegal street party of sorts where drivers and watchers block the roadway and do donuts and burnouts.

“There’s always a crowd nearby, Carlisle said. "They don’t do it by themselves, they always have people watching which makes it extremely dangerous.”

Video captured by neighbor Michael Lott shows several dozen people blocking the intersection of Watt Avenue and Larchmont Drive while several cars do burnouts and donuts. During several points in the video, drivers get dangerously close to spectators.

“I was inside and we heard tires peeling out and I came outside to see what was going on," Lott said, "and suddenly there was this massive crowd down the street down here."

Lott says it reminded him of a scene of the film "The Fast and the Furious." While he says these events should not take place near neighborhoods, he would like there to be a place where amateurs can go to do these shows safe and legal.

The illegal events started just after 9:30 p.m. on January 26 in the area of Elkhorn Boulevard and Larchmont Drive, officers say. For the next hour and a half, officers responded to multiple illegal sideshow events across the North Sacramento area including Del Paso Heights, Truxel and Rio Linda.

At least a dozen officers from the California Highway Patrol, the Sacramento Sheriff’s Department and two police helicopters responded.