'I made a wish and he was there' | Army sergeant surprises wife, daughters at metro Atlanta mall

Sgt. Antonio Coriano was serving in Afghanistan on his third tour of duty. With Santa's help he surprised his family just in time for Christmas. 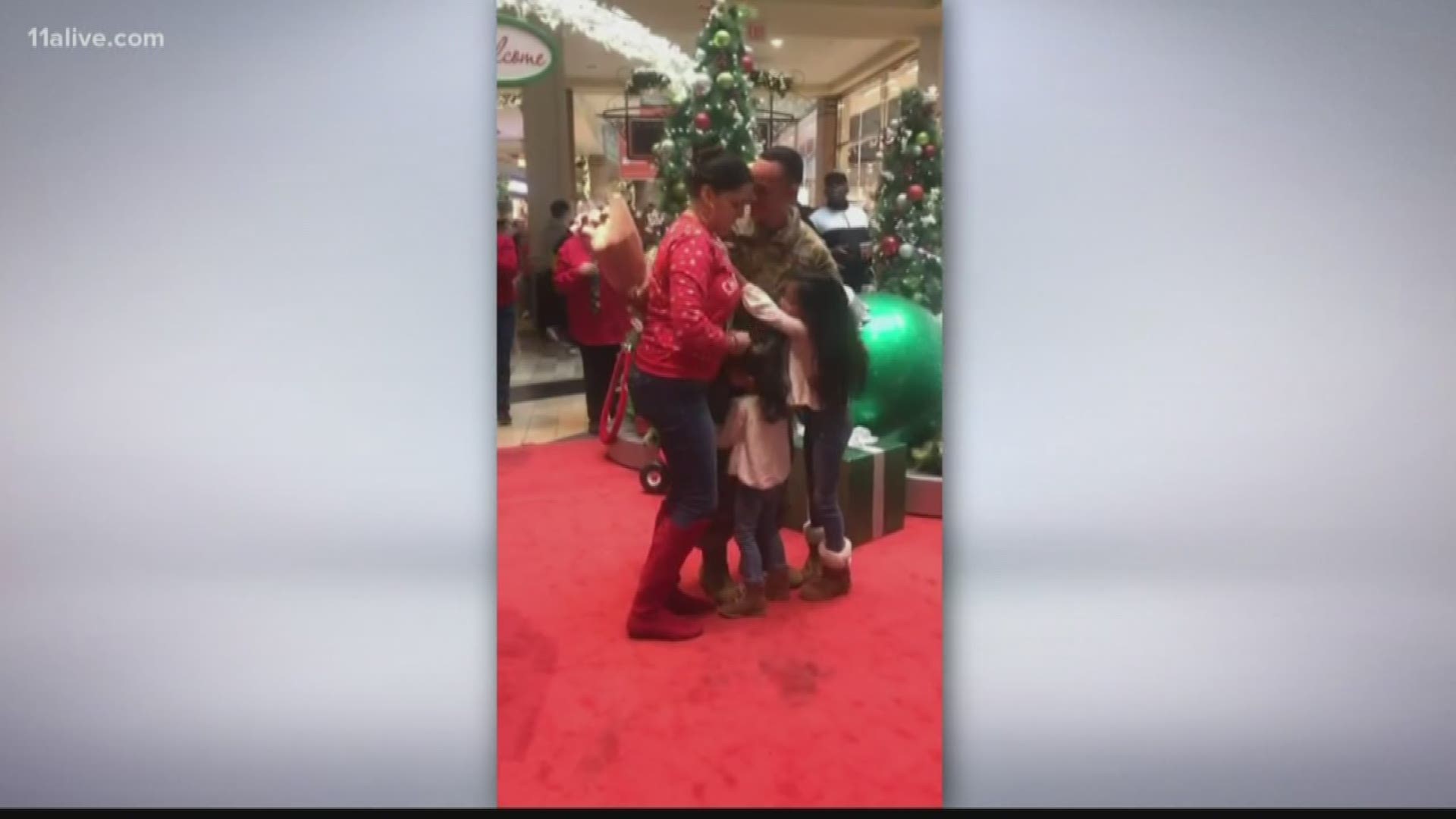 LAWRENCEVILLE, Ga. — An Army wife and her family received the Christmas gift of a lifetime Saturday.

Lymaire Coriano is a teacher and mother of two little girls. She told 11Alive that this was her husband’s third deployment, but it was the most difficult.

“There was a lot going on that happened while he was overseas,” she said.

Coriano achieved milestones while her husband was away. In June, she became the first person in her family to graduate from college and now teaches in Gwinnett County Public Schools.

Her husband missed her June graduation because he was serving in Afghanistan.

“I was a little upset,” Coriano said.

Little did she know; her husband was working behind the scenes with her family to plan the now-viral surprise at the Mall of Georgia.

“I was messaging her sisters saying I wanted to surprise them [wife and kids]. Everybody was coming up with different ideas, but we decided that we wanted to go with Santa Claus,” Sgt. Antonio Coriano said.

The family went to work to make this surprise come to life.

Coriano said his wife’s sister contacted Santa Claus at the Mall of Georgia and they were all on board with this plan.

Unsuspecting, Lymarie arrived at the Mall of Georgia Saturday with her daughters to take holiday pictures.

“Santa asked me, ‘what do you want for Christmas?’,” Coriano said. “I told him I wanted a Google speaker and an iPhone 11.”

Santa’s gift, however, was a lot more special than an electronic device.

“Santa told the girls, ‘there’s someone who is overseas who’s not here’,” Coriano said.

“I knew what was going on,” she added.

Santa told Coriano and her girls to close their eyes and make a wish.

Sgt. Coriano said he was nervous about the reunion with his family.

“I was very excited to see them again,” he said.

Coriano said that he wants those with loved ones who are serving overseas to know that their support matters.

“Writing letters mean so much. Phone calls are good, but putting pen to paper is special,” he said.

Coriano added that he will celebrate the time he has with his family until the moment comes where he may be deployed again.