A male suspect was killed in an officer-involved shooting near Highway 50 and Zinfandel Drive in Rancho Cordova Monday evening, according to the Sacramento County Sheriff's Department. 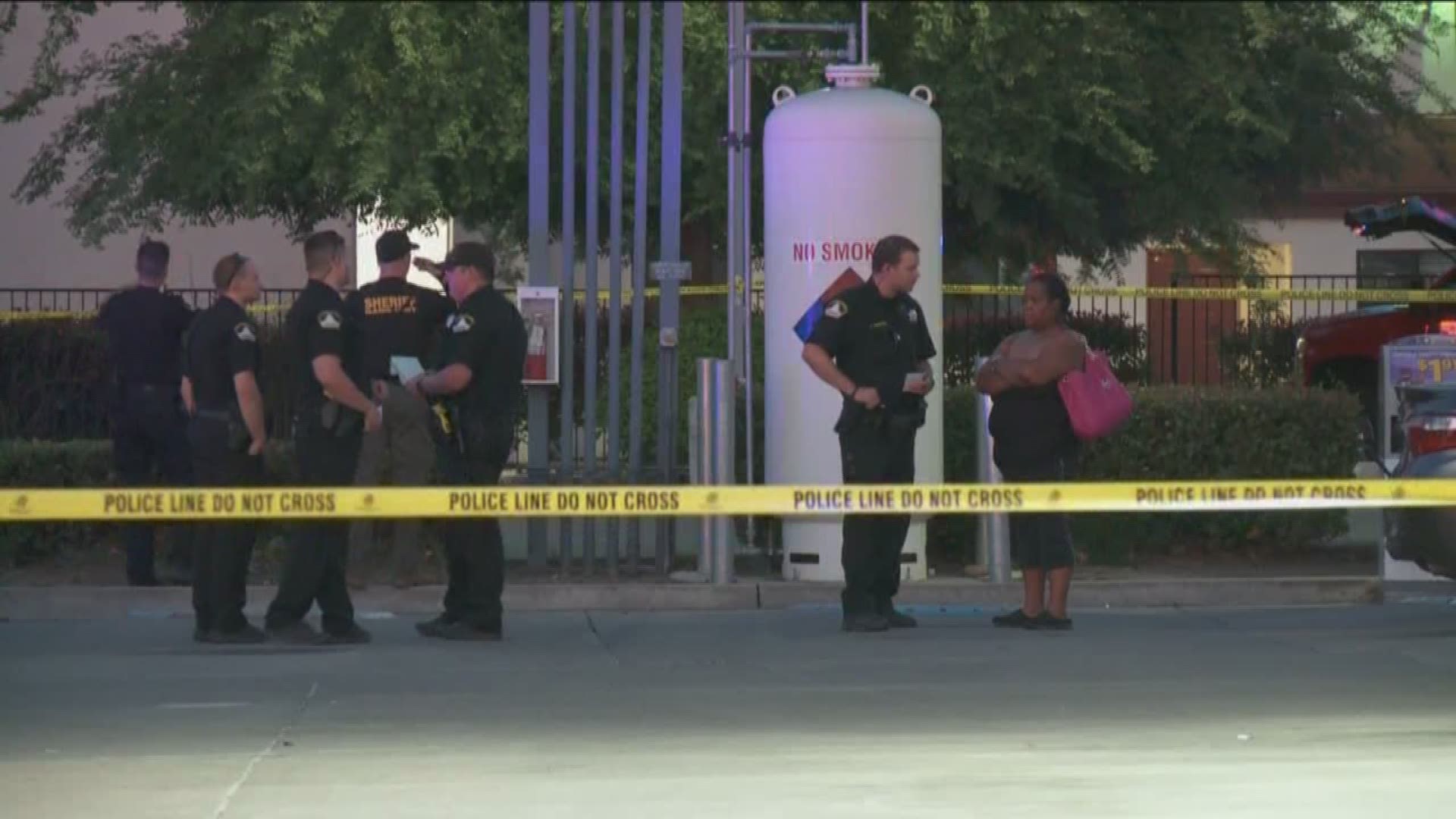 A male suspect was killed in an officer-involved shooting near Highway 50 and Zinfandel Drive in Rancho Cordova Monday evening, according to the Sacramento County Sheriff's Department.

The incident happened just before 7 p.m when the Sheriff’s Communication Center received a report of an assault in the 10800 block of Olson Drive. The caller stated the suspect was hitting and choking a female inside her vehicle and attempting to pull her out of the car, the sheriff’s department said.

A Rancho Cordova police officer responded to the incident, and the 32-year-old male suspect started to physically fight with the officer after neglecting directives when the officer attempted to detain him, according to the sheriff's department. The fight continued across Olson Drive and during the struggle, the officer fell into an area of river rock.

The suspect picked up a river rock and struck the officer over the head, which caused injury. The officer then fired his gun at the suspect, the sheriff’s department said.

The suspect then fled south towards Highway 50 and was later located on the north side of the westbound lanes of Highway 50 by a K9 Unit and second patrol deputy. After being deployed, authorities say the suspect struck the K9 with a rock and then attempted to strike the deputies.

The sheriff’s department says two deputies then fired their weapons and struck the suspect. The deputies immediately began life saving measures on the suspect, who was later transported to a local hospital where he died from his injuries.

The Rancho Cordova police officer sustained a serious head wound and was treated at a local hospital. He is now home recuperating. The K9's injury required emergency surgery. If unsuccessful, the injuries will require the K9 to retire from police service.

The man has been identified by the Sacramento County Coroner's Office as 32-year-old Mikel Lane McIntyre.